Do we need a chemistry conscience?

Anton Chekov, On the Road

Chekov’s passionate view may seem both idealistic and somewhat na?ve, but it also raises interesting and difficult questions: can the ’truth’ really be separated from its use? And who is responsible for the applications of scientific work? 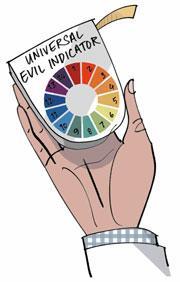 In the late 19th century, while Chekov was still at his medical studies, the world of science was concerned with the subjects of evolution, electricity and atomic structure. At first glance none of this seems to raise an ethical eyebrow. However, the discoveries of this era led to a veritable Pandora’s Box of ethical dilemmas in the 20th century and beyond.

The work on atomic theory, pioneered by J J Thompson and Ernest Rutherford, led to Lise Meitner and Otto Hahn’s discovery of nuclear fission and, ultimately, the atomic bomb. Gregor Mendel’s pea plant studies of the 1860s founded our modern views of genetics but also spawned the field of eugenics and its appalling practices. Even now, debates wrangle on about gene therapy, where the concept of a ’normal’ human has the potential to be twisted in different ways. Chemistry has not escaped the moral maze: from justifying the massive carbon footprint of chemical research to the tricky subject of chemical weaponry.

More and more, society depends upon science. But can scientists be held solely responsible for the derivatives of their work? The future dilemmas posed by a discovery are often unclear, and even if evident, it is doubtful that suppressing research is helpful - both because of positive applications, and because ’the truth will out’. As happens so often in science, it will simply be discovered later, perhaps by a less scrupulous scientist.

Whether or not ethical issues can be foreseen by scientists themselves, the direction of research does not solely rest in their hands. Discoveries move quickly from the lab to the notice of politicians, commercial businesses and industry and, as a result, research priorities are often governed by political, social and even financial concerns.

Perhaps the best way to navigate the ethical minefield of science is to employ a collective responsibility, where the general public influences the direction of science just as we steer issues of immigration, education and health care. The role of scientists must then be to inform the public about current research in a digestible fashion so that society as a whole can shape the path of science.

Unfortunately, problems abound. Researchers are rarely trained in how best to present their work and journalists are often unable to ’translate’ their words for them. Furthermore, the well known hyperbole employed by the press makes many scientists nervous about publicising their latest research for fear of tomorrow’s headlines claiming a cure for cancer or an end to climate change. It would seem that until researchers and reporters can strike up a dialogue, collective responsibility is destined to stall. However, science communication is a challenge worth facing if scientists are to aspire to Chekov’s ideals, for as Robert Oppenheimer put it in his address to the Association of Los Alamos Scientists in 1945:

’If you are a scientist you believe that it is good to find out how the world works . . .[and] to turn over to mankind at large the greatest possible power to control the world and to deal with it according to its lights and its values.’