The price of failure

When you talk about the drug industry, the one unavoidable topic is pricing. I like to point out that almost everything that seems bizarre about the business can be traced back to the roughly 90% clinical failure rate, and drug prices are definitely in that category. Most things fail, and they often fail expensively, so when something actually works there is a strong incentive to make as much money from it as possible during its patented lifetime. The relative shortness of that period, which always has to end, is another factor. Prescription drugs are invariably more expensive in the US than other countries, while generic drugs are often cheaper, and that changeover is something that companies will fight to postpone. 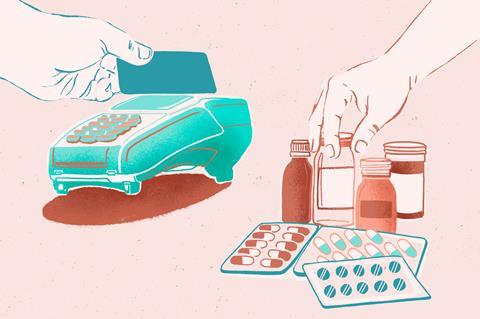 Some pricing strategies, while remaining technically legal, may be hard to swallow

This leads to a lot of behaviour that generates profound ill will and distrust. Drug prices are generally high, and they often go up year to year by amounts that are hard to justify – other than by saying ‘Well, people still pay for the stuff’. Companies try all sorts of strategies to hang on to their patented drugs, finding whatever means they can to extend patent terms or by simply paying generic firms not to launch competing compounds when they expire. That pay-for-delay strategy has come under increasing legal and regulatory fire in recent years in both the US and Europe, and is likely to be blocked completely at some point.

Some pricing strategies cross the line from unattractive to being clearly illegal. Auden McKenzie and Actavis’s price hikes of generic hydrocortisone steroid tablets, as well as bribing competitors to stay out of the market, recently prompted record fines from the UK’s Competition and Markets Authority, for example. But most of these techniques are completely allowed – they’re just expensive, infuriating, and, well, profitable. And while I’m not going to mount an ‘everybody does it’ defence – not least because not everyone can raise prices like the drug industry – it is worth noting that other industries manage similar tricks without attracting as much political and public displeasure.

There are a lot of restrictions that could be imposed on drug prices, and it would be foolish to assume that they never will be

I believe that there’s an obvious reason for this, and it has to do with how we think about health and medical issues. Most of us (fortunately) go about most of the time without any major health problems, and we take that as the default setting, the natural order of things. Getting sick is the exception: something has to be done about it to get back to normal. This is the point at which the drug companies appear, saying in effect ‘You know, we have this medicine here that we think could really do you a lot of good. How much money do you happen to have on you?’ It breeds resentment. I realise that I’m describing what the US system must seem like to European readers, but have no doubt: a similar situation exists in the negotiations between the manufacturers and the various national health services. You just don’t get to see the haggling happening right in front of you.

One way or another, though, I think that money has to change hands to keep the business of drug discovery going. It really is ferociously expensive, and the success rates really are as ferociously low as I’ve described. Those of us working in drug R&D are well used to what happens when a big piece of a company’s portfolio goes off patent with nothing to replace it, or when a key clinical trial fails before a drug has even made it to market. I’m on my fourth company, and not all those moves were by choice.

But the money doesn’t have to move in the ways that it does now. I have worried for some time that the industry is inviting regulatory trouble though its approach to pricing, and every year this seems more likely. A large company has a lot of power – but sovereign governments have even more. There are a lot of regulatory restrictions that could be imposed on drug prices that have not yet been tried, and it would be dangerous and foolish to assume that this means that they never will be. The effects on the drug companies themselves could range from ‘quite unwelcome’ to making it hard to take on expensive high-risk projects at all. That would leave everyone worse off in the long run, and that’s the cliff we have to find a way to step back from.