The price of right

Counting the cost of regulation is more than a numbers game 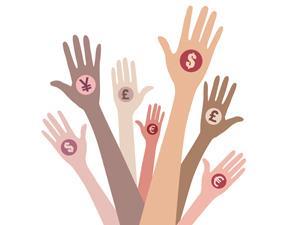 Science benefits humanity. Not a particularly controversial statement. Energy, health, food, water, shelter, megacities – all problems that science will help solve, all difficult to rank into any order of priority. Could we say some benefits are more beneficial than others? Maybe, maybe not. The advance of science and the regulations and industry shake-ups that follow in its wake clearly have financial costs and benefits, but I had never considered it in human terms. Measuring the net benefit of regulation in both currency and human lives puts a new spin on cost-effectiveness.

In the UK, the National Institute for Health and Care Excellence (Nice) calculates the benefit of introducing new medicines to the NHS using a variety of methods, including the Qaly (quality-adjusted life year). One Qaly equals a year of perfect health, and it is used to measure both quantity and quality of years of life a patient will have following treatment. The higher the Qaly, the more beneficial the treatment; if your cost per Qaly is under £20,000 that’s considered to be cost effective, and over £30,000 less so. I hasten to add that cost-effectiveness is by no means the only method Nice uses (and treatments with Qalys over £40,000 have been approved) but, alas, to cure Peter you might have to ignore Paul. These are difficult choices and there is no formulation for morality – economics alone must divine the common good or managing public health becomes impossible. John Stuart Mill’s utilitarianism, that ‘actions are right in proportion as they tend to promote overall human happiness’, seems a close analogy.

The recent ruling by the US Supreme Court to uphold the Environmental Protection Agency’s (EPA) mercury and air toxics standards (Mats) is another reminder of this cost–benefit (or, more accurately, risk–risk) analysis. Introducing Mats will carry a $9.6 billion (£6.7 billion) yearly bill for the power industry, and 20 states came together to object that the EPA hadn’t properly considered these costs. Industry’s costs are reflected in customers’ prices, and if you’re spending more money on electricity, you can’t spend it on your wellbeing and essentials. The ‘heating or eating’ dilemma has dominated headlines over many winters in the UK.

One source1 quoted recently in a Forbes article2 on Mats suggested that every $21 million increase in regulatory burden induces one fatality because of the additional cost, or lack of investment, created elsewhere. The research goes on to assess regulations introduced in the US through the 1980s and 1990s based on the net lives saved or lost.3 A big positive score is good (net lives saved), a negative score is bad (net lives lost). The score numbers don’t relate to actual lives, but here’s a few highlights: prohibiting the sale of tobacco to children and adolescents is the overall winner, scoring +4900, food labelling does OK at +510, childproof lighters scored a modest +92, and occupational exposure to benzene scored a humble +2.6. I’m sure there was nothing  OK, modest or humble about it for those affected. Regulating against occupational exposure to formaldehyde scored –4.5, asbestos scored –7.1 (both regulations resulted in a net loss of lives). This kind of statistical analysis is sobering, a necessary but uncomfortable reality.

So, when it comes down to it, what is the value of a life? Several years ago, various US government agencies pegged it around $8m.4 This is an odd thing to say, but I feared it would be less than that. I’m reminded of Shakespeare: ‘Let life be short: else shame will be too long.’ And it will cost more too.