Pharma firm Astellas UK has been suspended from the UK’s pharmaceutical trade body as a result of ‘shocking’ institutional failure, lies and ‘deception on a grand scale’.

In one of the worst cases ever considered by industry regulators, Astellas committed serious breaches of the Association of the British Pharmaceutical Industry (ABPI) code of practice, bringing discredit and reduced confidence in the industry. 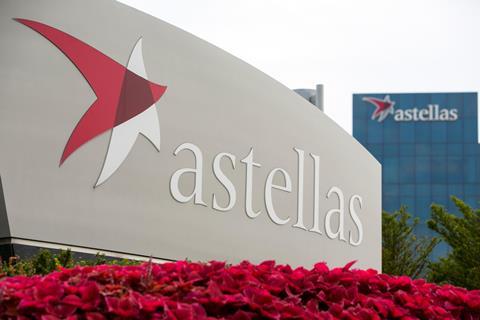 Astellas promoted its cancer drugs inappropriately, then misled regulators in the resulting investigation

The ABPI suspension follows investigations by the Prescription Medicines Code of Practice Authority (PMCPA), the self-regulating body of the UK’s pharmaceutical industry, relating to a meeting on prostate cancer held in Milan in February 2014.

That should have been the end of the investigation, but  the PMCPA received a second anonymous complaint, apparently from an Astellas employee, after a company training session about the code breach.  The complainant alleged that a senior staff member discussed the matter ‘in a very dismissive manner’, and claimed Astellas had provided ‘knowingly false and misleading’ information to the PMCPA during the initial investigation. Consideration by the regulator, and an audit of Astellas Europe and Astellas UK, revealed that Astellas had omitted relevant details and provided misleading information.

The company had originally told the PMCPA that delegates were invited to the meeting based on ‘clinical expertise’. However, emails uncovered during the second investigation contradicted this claim and showed delegates were selected for their ‘potential to be local product champions’, and should preferably be ‘data-naïve’ - ie not have previously attended relevant educational meetings.

The PMCPA called the firm’s behaviour ‘totally unacceptable’, describing the case as one with ‘multiple organisational and cultural failings’ where ‘very senior staff had lied and there was deception on a grand scale [and] a concerted attempt to deceive the PMCPA’.

Astellas was publicly reprimanded, and required to send a further corrective statement to doctors. In addition, the case was referred to the ABPI, which decided Astellas UK should be suspended from membership for 12 months.

Astellas Europe, which is not a member of the ABPI, has acknowledged its investigation into the first complaint was inadequate, while the global company, according to the PMCPA case report, has viewed the situation as a ‘corporate crisis’.

‘The main culprits had left the company’, the 41-page report said, while there were ‘adverse consequences’ for some staff, and other members were given additional training.

‘Astellas takes its responsibilities to uphold the letter and spirit of the ABPI code of practice very seriously and accepts fully the decision,’ the company said in a statement. ‘Since receiving the PMCPA’s audit report in January 2016, we have been actively implementing a comprehensive corrective and preventive action plan.’ The company has also created a dedicated global ethics and compliance organisation.

Heather Simmonds, director of the PMCPA, says cases of such a serious nature are rare. The last company suspended from the ABPI was Roche in 2008. ‘Any breach is a serious matter, but a case like this impacts the industry’s reputation because of the nature of the comments and the sanctions.’ However, it shows that self-regulation is effective, Simmonds adds, and urges anyone with concerns about pharma companies to make a complaint to the PMCPA.

Both Astellas UK and Astellas Europe will be re-audited in September 2016 with the expectation that significant improvements have been made. The ABPI suspension will be reviewed following the September audits. The Medicines and Healthcare products Regulatory Agency, which polices medicine regulation, tells Chemistry World it will continue to monitor the case but has no plans to re-investigate it on criminal grounds given the action taken by the PMCPA and ABPI.