The value of trust

There are few jobs in British science that require such a delicate blend of tact and steel. When Philip Nelson takes up his four-year appointment as chief executive of the Engineering and Physical Sciences Research Council (EPSRC) in April, he faces a daunting roster of challenges.

During the run-up to the next general election, Nelson and his colleagues in Swindon have to convince government to increase investment in research. And in these times of austerity, the council already has tough choices to make about how to disburse its £800 million annual budget.

But Nelson, who was until recently pro vice-chancellor at the University of Southampton, must also wage a more subtle campaign: to win back the trust of the very scientists that the council funds.

Back in 2009, when demand for research grants was growing much faster than budgets, the EPSRC unveiled a plan to reduce the quantity – and perhaps improve the quality – of those applications: a 12-month ban on applicants whose submissions had been repeatedly unsuccessful. This ‘blacklisting’ provoked such an outcry that the EPSRC was forced to moderate its policy. 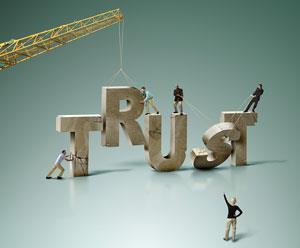 Battle lines were drawn afresh in 2011. Under increasing pressure from government to justify its research spending, the council announced its ‘shaping capability’ strategy to prioritise funding for certain areas. Peer-review panels’ decisions now included an assessment of whether a proposal was ‘nationally important’, and how well it complemented the EPSRC’s wider research portfolio.

Researchers were appalled. Although focusing resources is not an intrinsically bad idea, many felt that the policy had appeared with little community consultation. Suddenly, a top-down imposition was apparently dictating the course of their work, based on short-term government priorities.

The decision to sequester PhD studentships from research grants also drew a hail of brickbats. The council is instead channelling more funding to new Centres for Doctoral Training (CDTs), which offer more formalised training with a greater emphasis on skills development.

An EPSRC review in 2012 painted a very rosy picture of CDTs, with happy students engaged in fruitful interdisciplinary work. But some researchers are concerned that the projects undertaken are not being rigorously assessed, potentially diluting the quality of research produced.

These three initiatives were all motivated by a laudable desire to improve the quality of science – by funding the most promising research proposals with the greatest potential impact, and by offering tomorrow’s scientists the training they need to flourish.

But they were all introduced with too little input from the community, leaving scientists feeling utterly disempowered. It is hardly surprising that they objected.

There are encouraging signs that the EPSRC recognises the need for reconciliation. When Paul Golby became EPSRC chairman in 2012, he quickly embarked on a charm offensive to soften the tone of the debate. He emphasised that academic excellence remains the ultimate criterion for funding decisions, while defending the decision to focus scant resources on priority areas. In a similarly even-handed manner, he acknowledged that predicting the outcome of blue-skies research is unreasonable, while reminding scientists that it is entirely fair to consider the possible impact of the work.

Golby also initiated two important reviews: on seeking advice from the scientific community, and on the peer review process.

The first, published in July 2013, revealed that many researchers had no idea how the EPSRC sought strategic advice, or how it was used. Thus, the council has promised to be more transparent about its appointments to advisory bodies, and will offer evidence of how it uses their advice. That is a good start. The EPSRC’s mantra must be more frequent and more open consultation – engaging directly with rank and file researchers at key conferences and departmental visits, as well as through more formal consultation processes.

This is particularly important as the council makes crucial decisions about infrastructure spending through to the end of the decade. Researchers may ultimately disagree with strategic decisions, but they are less likely to bridle under policies that they are confident were devised through consultation and consideration.

To foster that confidence, the EPSRC must be honest about its successes and failures. For example, by reviewing CDTs – not only to examine the quality of their research, but to ask whether concentrating PhDs in thematic research groupings in fact narrows the breadth of research in those areas.

Meanwhile, the peer review panel has delivered its recommendations, but researchers are still waiting to learn the outcome. This should be rectified immediately, or the council again risks losing trust by appearing to drag its feet on fixing one of its biggest problems.

Some scientists have complained that the council behaves too much like an arm of government, rather than an advocate for its research community, but a smart chief executive knows the EPSRC has to fulfill both roles. Nelson needs fair winds to navigate Whitehall politics, without being buffeted by community disputes. Regaining researchers’ trust isn’t just about making nice – for science to thrive, it is an absolute necessity.