If you look through books on world war one, you will find the names of numerous politicians and generals; some famous, some less well known. But there is a good chance you will search in vain for the name Chaim Weizmann.

Weizmann was a reader in biochemistry at the University of Manchester, UK, when the first world war broke out in 1914. He was born in Belarus, then part of the Russian Empire, in 1874 and studied chemistry in Germany and Switzerland before lecturing in chemistry at the University of Geneva. He emigrated to England in 1904, and six years later became a naturalised British citizen. And his discovery, in 1912, of a way of making acetone from the starch in cereal grains may well have saved his adopted country from defeat. 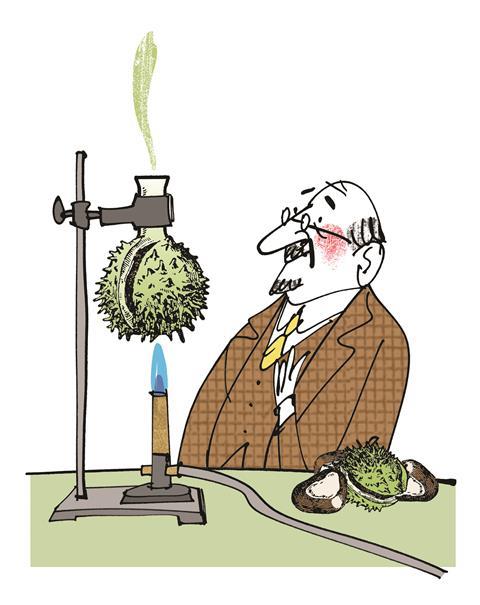 In the early years of world war one, Britain faced a severe shortage of acetone, a solvent traditionally obtained by treating acetic acid obtained by the destructive distillation of wood. It took about 100 tons of wood to produce just one ton of acetone. The solvent was required in increasing quantities during the war for the manufacture of cordite, the propellant used by the British Army and Royal Navy to fire its artillery shells. It also had other uses, not least for the manufacture of fire-resistant lacquers that were used to waterproof and stiffen the canvas wings of military and naval aircraft. This placed an increased demand on wood, but there was a greater problem: before the war, Britain imported most of the acetone it needed from Germany and Austria, both of whom were on the opposing side.

The Weizmann process changed everything. Instead, it relied on the use of the bacterium Clostridium acetobutylicum (known as the Weizmann organism), to ferment maize, rice and other cereals. The process yielded acetone, butanol and ethanol, and became known as ABE fermentation. In 1915, Weizmann began work on the process for the British Admiralty and showed that it could potentially produce 12 tons of acetone from 100 tons of maize.

Shortly after, Weizmann met Winston Churchill, the former First Sea Lord who was soon to be appointed Minister of Munitions. Churchill asked him if he could make 30,000 tons of acetone. Weizmann replied: ‘So far, I have succeeded in making a few hundred cubic centimetres of acetone at a time by the fermentation process.’ Undaunted, he resigned his post in Manchester and moved to London to develop the process. By 1917, his process was producing acetone at a rate of almost 3000 tons a year at the Royal Navy Cordite Factory at Holton Heath, Dorset, and other sites in Britain.

Much of the grain used by the process was imported, but was also needed for food. The Ministry of Munitions therefore began to look for non-edible sources of starch for the process, most notably using horse chestnuts. At the same time, the focus of acetone production using the process switched to Canada and the US.

In scientific circles, Weizmann became known as the father of industrial fermentation. Beyond, he is far well known for his political activities and as a statesman. He played a key role in discussions with the British government that led to the Balfour Declaration in November 1917, which recommended the establishment of a national home for the Jewish people in Palestine. After the war, Weizmann was elected president of the World Zionist Organization and, in February 1949, became the first president of Israel.

Yet while his efforts in diplomacy continue to have a global impact, there is little doubt that without his process Britain would have struggled to manufacture propellants in the quantities required during the first world war. It’s a story worth remembering – and one that is all but lost to history.