Tools of the trade

Derek Lowe wonders what the most life-changing instrument for organic chemists is, and what might be missing from the toolbox

Organic synthesis has always depended on instrumental analysis, even when the instruments were a thermometer for distillations and a melting point stage for crystals. Over the decades, a series of techniques has given us ever more intimate views of our compounds and reactions – infrared, mass spectrometry, NMR etc.

No modern organic chemist would like to work without these. Indeed, the sort of work that can be done without them is vanishing from the world, as more complicated problems occupy the field. Two questions, then: what’s the instrument or technique that has saved the most time over the years? And what are we still missing? 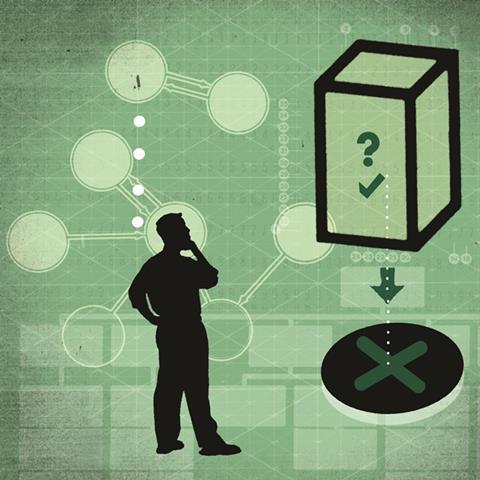 That first competition has some serious contenders. NMR is surely a leading candidate – imagine trying to use any other technique to find out what a good NMR experiment can tell you! Explaining it to a nonscientist recently, I felt like a stage magician pulling one thing after another out of my sleeve: electronic environment of each proton type (and number of protons per type), number of adjacent protons, angles between them via coupling constants, connectivity via decoupling, heteronuclear shifts and correlations, through-space proximity via the nuclear Overhauser effect. I didn’t even get to the methods with weird acronyms, which is probably a good thing, because some of those might have caused my listener to decide that I was pulling his leg about the whole business.

For the sheer amount of drudgery averted, chromatography may well be the winner

I think that we should count chromatography as well, especially high performance liquid chromatography (HPLC). Now there’s a technique that’s hard to imagine going without. Hand any contemporary chemist a complex crude reaction mixture and say that you won’t allow any thin-layer plates or column of any sort to purify it, and see what sort of expression you get. Most of us wouldn’t know where to start, or once we got past liquid–liquid extraction, where to go next. Chromatography hasn’t just made organic chemistry easier; in most cases, it makes it possible. Its status as the technique that gets run before analysis by other instruments speaks to its importance. For sheer drudgery averted, it may well be the winner.

And that leads me to nominate a candidate that hasn’t been with us for nearly as long, but one that I think is gaining on the others: the liquid chromatography–mass spec combination. Perhaps it’s cheating to allow this method into the competition, since it’s the marriage of two powerful instruments. But a look at the literature suggests that mass spec itself is gradually taking over the world. Putting the power of HPLC in front of it just makes it all the more formidable. It’s only been around for about 25 years, and it’s still a rather expensive instrument that certainly isn’t found in all laboratories. But where it is found, it’s used relentlessly, displacing all other frontline analysis techniques (such as thin-layer chromatography) almost completely. Ask this question in another 25 years, and this might be the obvious answer.

But what competition does it need to watch for over that time? I’ve been thinking about instruments that we don’t have yet, and I have some speculative candidates. X-ray crystallography, for example, has been getting better and better over the years, although the scent of the voodoo hut still clings to it, especially the crystal-growing part. If someone perfects a bright femtosecond x-ray laser and some better detectors, and with our ever-expanding computational power, some startling things could come within reach.

Another field worth watching is miniaturised NMR. Single-electron defects in diamond crystals provide some eerie levels of sensitivity, potentially down to individual molecules, and I very much look forward to what people might make of it. Imagine 3D NMR imaging at the cellular level or below! On the same single-molecule level, many readers will have seen the impressive images that have been generated by atomic force microscopy techniques. These are gradually being extended to complex organic structure determination, and although it’s hard for me to picture this ever being a high-throughput method, the intrinsic power of being able to run a finger over the surface of an actual molecule is hard to discount. It’s probably never going to be the detector hooked up to the back end of an HPLC, but it could do things that nothing else can.