We need to talk about Nagoya

On 14 April 2014, the Council of the EU adopted a regulation that will affect researchers throughout Europe, by enabling ratification of the Nagoya Protocol. Over the next year, the provisions of the protocol and the associated regulation will come into effect, provisions that impose significant new obligations on researchers. And yet they have received surprisingly little attention – you may not even know what the Nagoya Protocol is. You need to – now.

The protocol has its roots in the Convention on Biological Diversity (CBD), signed at the Earth summit in Rio de Janeiro, Brazil in 1992. The CBD enshrined the principle that countries have sovereign rights over their natural resources, and are permitted to control access to their genetic resources. This last term refers to anything that contains ‘functional units of heredity’, including cells, seeds and whole organisms. 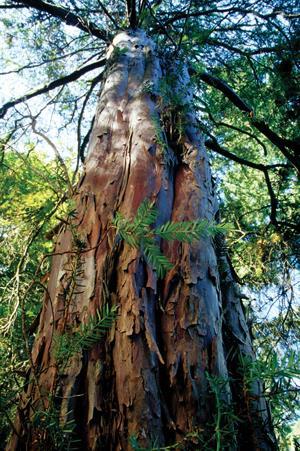 The CBD also extends a country’s rights to a share of any benefits ‘arising out of the utilization of genetic resources’. So it would apply, for example, to obtaining plant matter and extracting, isolating, investigating and commercialising its chemical components (bioprospecting).

The convention was signed by all but a handful of countries; however, it contained no sanction or enforcement mechanism to give it legal effect. Thus, an international treaty on ‘Access to genetic resources and the fair and equitable sharing of benefits arising from their utilization’ was signed in 2010 – the Nagoya Protocol.

Nagoya in a nutshell

Under Nagoya, researchers must secure ‘prior informed consent’ of the country of origin before accessing a genetic resource, and benefits arising from its ‘utilization’ must be shared with that country. ‘Utilization’ refers to ‘research and development on the genetic and/or biochemical composition of genetic resources’, but the benefit that must be shared extends further downstream to ‘subsequent applications and commercialization’.

The associated regulation sets out further requirements for EU researchers. In particular, there is a ‘due diligence’ obligation, under which researchers are required to seek, keep (for 20 years after their work has ended), and transfer to subsequent researchers, information concerning when, where and how a resource was obtained, and details of the benefit sharing arrangements.

Researchers must declare compliance with these obligations when they receive funding for research involving genetic resources. The regulation also provides that EU member states must enforce ‘effective, proportionate and dissuasive,’ sanctions for non-compliance with this obligation, although these have yet to be specified.

Proponents of Nagoya think it self-evident that a country should control access to its genetic resources, and enjoy a share of any benefits others gain from them. But Nagoya’s opponents find it baffling that a geographic accident should give a state complete control over and perpetual worldwide rights to an organism.

Even if you agree with the principle of benefit-sharing under appropriate circumstances, the limits of the Nagoya protocol are so broad and the requirements for researchers so onerous that they create a burden of bureaucracy that is totally disproportionate to the outcome.

And although the protocol applies only to genetic resources accessed after the regulation comes into force, it seems that researchers will at least need to keep evidence that any existing materials they hold are indeed exempt.

There is a further concern that mandatory access and benefit sharing agreements will create an expectation in countries of origin that there will be some benefit to share. The reality is that most research leads to a dead end: most candidate molecules lead to failure, and most patents do not cover a commercialised product. For example, a screening of 35,000 plant samples, corresponding to 12,000–13,000 species, by the US National Cancer Institute between 1955 and 1982, resulted in only two major discoveries – a hit rate of less than 0.01%.1 So in the overwhelming proportion of cases, expectations will not be fulfilled. This is likely to increase, not decrease, suspicion of companies engaged in bioprospecting. The hurdles involved in negotiating access agreements with countries are also prohibitive, sometimes insurmountable, often involving multiple communities that may have no formal representatives.

Another likely outcome usually overlooked by the proponents of Nagoya is that companies and institutions may simply avoid natural products research altogether. That would be a shame. Although the example above gives a low hit rate for natural product screening, that programme did succeed in discovering two important chemotherapy agents – paclitaxel and camptothecin. Less research would mean even less chance of making these discoveries, resulting in less ‘benefit’ for everyone.

Finally, although the CBD has been signed by almost all countries, of the missing signatories, one name is rather glaring: the US. So if genetic material is accessed in contravention of the Nagoya protocol, no offence would be committed in the US. This disparity may well create an advantage for US researchers, unencumbered by Nagoya’s administrative demands.

The inescapable conclusion is that the regulation will hamper research in the EU, while producing little concrete benefit for the countries of origin. Be that as it may, researchers who use genetic material will need to act now to avoid sanctions.

Darren Smyth is a partner and patent attorney at EIP