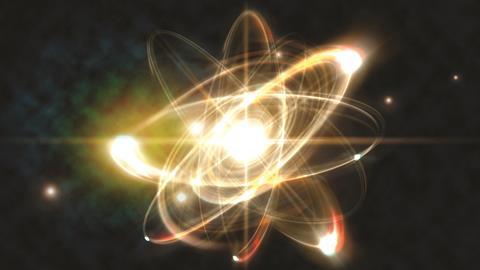 What is an atom?

A hard look at the quantum theory of atoms in molecules

It’s often suggested that what seems like a fundamental axiom to a biologist is laughably vague to a physicist. Physics’ own reputation for reductionist rigour dissolves in the face of what mathematicians demand of a foundational concept. And philosophers – here I speak from recent dizzying experience at a workshop on quantum foundations – take things to another level again. Bertrand Russell famously attempted to build basic arithmetic from principles of logic in Principia Mathematica (1910–13), which required 360 pages to prove that 1+1=2. One can barely make claims about knowledge of any kind without philosophers raising eyebrows at what you’re taking for granted.

The pragmatic scientist’s response might be ‘who cares, so long as your theory makes good predictions?’ But there’s value in the occasional reminder that the concepts you use daily without a second thought may be far less secure and precise than you think.

That’s certainly one of the caveats sounded by the small but select community devoted to the philosophy of chemistry, a snapshot of which is supplied by the new anthology Essays in the philosophy of chemistry edited by Eric Scerri and Grant Fisher.1 The book reflects the preoccupation of Scerri in particular with the way in which chemistry emerges from quantum physics. Is all of chemistry – including the complete structure of the periodic table – wholly reducible (at least in principle) to physics, or does it have its own unique laws and concepts? Scerri himself is rather more optimistic about that project than he used to be (‘I think that our anti-reductionist claims may have been over-exaggerated,’ he writes), although I imagine many chemists would regard it with some dismay.

These questions also pop up in a preprint by Shant Shahbazian of Shahid Beheshti University in Iran – a paper that might be regarded as an exploration of the question ‘what, exactly, is an atom?’2 It’s one of the questions that the quantum theory of atoms in molecules (Qtaim) has claimed to answer.3 Devised by the late Richard Bader over several decades, the theory attempts to develop a rigorous, complete description of chemical bonding, which characterises bonds in terms of the topology of the continuous electron density surface prescribed by quantum mechanics. Specifically, two nuclear centres are bonded if the electron density between them contains a saddle point: a kind of col with maxima in two directions and a minimum in the third.

This topology partitions space into basins – attractors – separated by ridges of electron density, and each basin can then be considered to be an atom. This definition of an atom, as ‘the union of an attractor and its associated basin’, looks very different from the one students generally learn – and from the one most chemists mentally picture as they build and analyse molecules. Most strikingly, atoms of any given element then have a different character and shape in different molecules: as theoretical chemist and Qtaim advocate Paul Popelier puts it, ‘There are millions of carbon (molecular) atoms, because each atom is cut of a particular chemical molecular environment.’3 For Popelier, that attests to the ‘richness of chemistry’ – but it’s debatable whether an organic chemist would find it a workable proposition.

There are also some open questions about Qtaim itself. Shahbazian’s latest preprint brings these issues together, offering up a challenge for those who wish to see this theory as the bedrock of our conception of molecules. In short, Bader’s topological definition doesn’t guarantee to include only those nucleus-centred basins that we’d want to regard as true atoms; can we constrain it with additional axioms that have a claim to being ‘natural’ in some sense?

Shahbazian proposes a conjecture about the quantum description (too convoluted to include here) that might provide such a constraint. However, he admits there is no existing proof that it is correct – and one look at its complexity is likely to provoke the response ‘surely the idea of an atom shouldn’t rest on something so complicated!’

That’s not the end of the challenges for Qtaim. It was founded on a description of electrons and nuclei as entities interacting coulombically: so what about non-coulombic interactions (such as magnetic ones) that feature in some systems?5 Shahbazian admits the theory doesn’t hold up under such scrutiny, at least without making some ad hoc assumptions about the potential-energy functions involved.

Then there’s the issue of whether this topological definition of the atom can reliably and uniquely define its state – again, the answer is equivocal – and how to deal with topological atoms as open systems, free to exchange matter and energy with their environment.

These are technical questions, but they are also partly philosophical ones, concerned for example with the debate over ‘natural kinds’ and with the question of what we demand from our scientific theories.6 Shahbazian’s analysis is an exercise in humility (something for which Qtaim’s notoriously combative founder was not generally known). Qtaim, he says, ‘must be seen as an ongoing “research programme” rather than a “closed” theory.’ Hear, hear to that.