What we need to know to make our labs safer 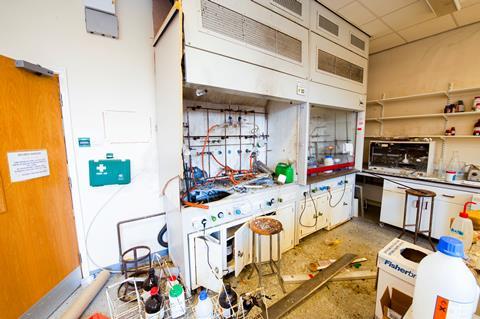 Accidents and serious safety breaches happen, but we know surprisingly little about them

Academic chemistry is, by its very nature, a risky activity. When we create new molecules and ask new questions, there is always the possibility that things could go wrong in unexpected and dangerous ways. This inherent risk is nothing new. In the 1840s, when August Kekulé began his studies in Justus von Liebig’s laboratory, he was supposedly told: ‘If you want to become a chemist … you have to ruin your health. Who does not ruin his health by his studies, nowadays will not get anywhere in chemistry.’

In the years since then, our methods, facilities and lab equipment have evolved. However, attitudes towards safety sometimes seem to be stuck in the 19th century. Despite the regular occurrence of major incidents resulting in significant damage to people and property, little is known about why these happen in academic labs. We don’t even have an answer to the basic question of how big a problem they are.

Over the last decade, lab safety incidents have led to at least one death per year worldwide. However, in many instances, regulatory gaps confound an accurate determination of how many injuries occur. For example, in Ontario, Canada, unpaid students working in a professor’s lab are not covered by the provincial board regulating workplace safety. If an incident results in injuries to a full-time staff member, a report would be filed; however, should the victim be an undergraduate volunteer or a PhD student on a scholarship, the province would not necessarily be notified.

In Canada alone, there are 13 provincial regulatory boards, each having their own standards for what type of incident is reportable. No entity has a comprehensive answer to how many incidents occur each year across the country. The few studies that have looked at incident frequency in North America paint a troubling picture: 15–30% of laboratory personnel have witnessed or been involved in an incident severe enough to warrant attention from a medical professional. In any other field of study or area of work, an injury rate this high would be shocking and grounds for further inquiry. The lack of systematic outrage indicates that in chemistry, it goes with the territory.

Do certain characteristics of the individual, the lab or the institution make incidents more likely to happen? Again, we have no idea. We cannot find any studies that looked at how the skills, knowledge, experience or attitudes of research personnel are associated with the occurrence of safety problems in the lab. Similarly, there have been no systematic studies investigating the occurrence and recurrence of incidents within specific departments or universities, nor has there been research looking at the role of situational factors, such as time of day, in causing incidents. Often, when a significant incident has occurred, case studies are written providing these details. Although these are interesting and there is much to learn from them, anecdotes are a poor basis for establishing policy.

Practising academic chemists often don’t have the time or methodological background to ask the types of questions that will reveal how hazards arise in the lab. However, there also seems to be ignorance that safety is even an issue. Lab personnel participating in studies of ‘safety culture’ report that safety is a high priority in their labs and that these are safe places to work. However, their behaviours tell another story. Often these same studies show that participants don’t conduct risk assessments before performing laboratory work, don’t use existing safety information to develop experimental procedures, and don’t consistently wear protective equipment. Many report that they have not received safety training (or have not received it in a timely fashion) and would not know how to handle an emergency in the lab such as a fire or flood. Safety is generally taken more seriously in industrial workplaces, but data shows that even there, employee compliance with safety policies remains far less than ideal.

It’s a contradiction – scientists say they care about safety but behave in profoundly unsafe ways. Our conclusion is that cavalier behaviour in the lab has become normalised in the discipline. The field still observes Liebig’s credo: advancing chemistry requires maximising productivity at the possible expense of safety.

To change attitudes in the field, we need lots of data. We currently have none. We need to know how many incidents occur, what kind, who is involved, where and when they happen and, most importantly, why. Why this individual, why this lab, why this university? We also need to know what happens after the incident. Do injuries heal? Do those involved recover, or do they develop anxiety about lab work or doubts about their field of study? But first, there’s another question we need to answer. How do we convince academic chemistry that this is a problem worth caring about? This requires all of us who care about safety to push the discipline in the right direction together.