Bubbles. Foam. Espuma. In the restaurant world, we have a multi-faceted relationship with trapped gasses, from the commonplace carbonation in fizzy drinks to the frothed sauces that, when poorly executed, plagued avant-garde restaurants a few years ago. Aerated foods open up a world of possibilities in texture, aroma, and appearance, and we’ve developed dozens of techniques with which to manipulate them. The word ‘bubble’ conjures images of food that is ethereal and delicate, but a great tour guide through the various phases of bubble-wrangling in the kitchen is something quite sturdy: bread. 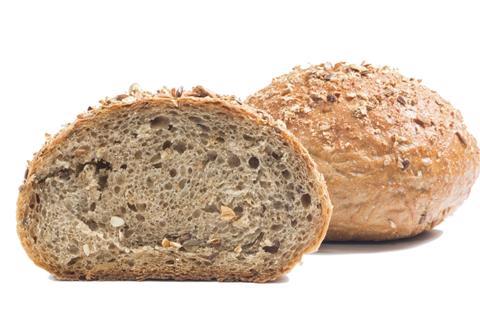 For there to be bubbles, there must be trapped gas. The most obvious role of yeast during fermentation is to generate bubbles of CO2 to leaven the bread, but without the extremely high viscosity of raw dough, no bubbles would survive long enough to get the dough into the oven. Conversely, the production of CO2 by fermentative microbes in bottle-fermented wine and beer occurs at a rate much slower than the rate at which the gas escapes at atmospheric pressure. This means roughly-handled bread dough will re-inflate if given time to continue fermenting, but a glass of champagne will never spontaneously re-carbonate itself without the aid of a corked bottle. Variations on this principle enable chefs to create bubbly foams out of any liquid with the addition of flavour-neutral polymers like gelatin and xanthan gum.

When bread is baked, coagulated proteins and gelled polysaccharides create a stable matrix that fixes the shape of the dough as bubbles become fossilised in the nooks and crannies of the finished product. Not all bubbles meet such an immutable fate; through years of trial and error, chefs have created a continuum of bubble stability. This ranges from delicate froths made possible by scant amounts of surface active lecithin; through slightly more stable chocolate mousses stabilised by a matrix of crystallised triglycerides in cocoa butter; to nearly bullet-proof honeycombs of highly stable sucrose crystals and dehydrated meringues of methyl cellulose – a unique gel that holds the shape of bubbles when heated.

Setting the final structure of bread is integral to creating light, fully aerated loaves, but many bakers strive to delay the moment of starch and protein gelation as much as possible. By encouraging long, slow fermentation at cold temperatures, microbial and endogenous enzymes are given ample time to hydrolyze protein and starch in the dough. This augments the plasticity of the macromolecular scaffolding, allowing the bubbles to grow evenly and steadily in the oven as they fill with steam, creating dramatic caverns within the loaf.

Aging of food to increase foaminess isn’t just for bread – ice cream bases benefit from a refrigerated resting period before final churning, which allows lipid globules to partially crystallise and become primed for creating an interconnected network. This network stabilises bubbles of air as they are incorporated during churning to create light, airy ice cream. Industrial sandwich bread companies have taken a more automated approach to maximising bubble volume. They have taken fermentation completely out of the equation and rely on vacuum chambers to increase aeration of the dough.

Aroma in the air

Foams also often serve as vibrant reservoirs of aroma; tearing open the crust of good bread releases a burst of complex aromas to your nose. The much sought-after froth on top of cappuccinos and pints of beer are filled with volatile bouquets that are already airborne and thus ready for quick, high-impact release. This accessibility comes at a price, however, since the overall effect of foaming is to dilute the flavor of the base liquid with air. When creating foamed sauces, the flavour of base liquid should be overwhelmingly strong to compensate for the decrease in intensity after foaming.

In the kitchen, bubbles billow in and out of fashion, mirroring the way they move throughout our food. Using common sense and focusing on tastiness is the best way to avoid getting caught out of style.

A lot of fancy techniques place aesthetic flash above deliciousness, but this is one scenario where the result is absolutely delightful. Subjecting cut fruit to pressurised carbon dioxide for a few hours forces some of the gas to dissolve in the tissue of the fruit. When the pressure is released, that gas bubbles out of solution, creating a shockingly tingly treat.

2) Place fruit into a soda siphon, seal, and charge with CO2

3) Shake vigorously and leave in a refrigerator overnight