Why we are marching for science

The organisers of 22 April’s advocacy event share their vision

Where else can every £1 invested return £20, £50, or £1000 in benefits? Where else can a single person’s labours, working with bacteria, save millions of lives? Where else does one team’s vision for new materials save an industry time and money? These are just a few, surface level examples of the kinds of benefits society derives from science. And they are all reasons that people will, on 22 April in Washington DC and more than 300 other cities across the world, march in support of science. 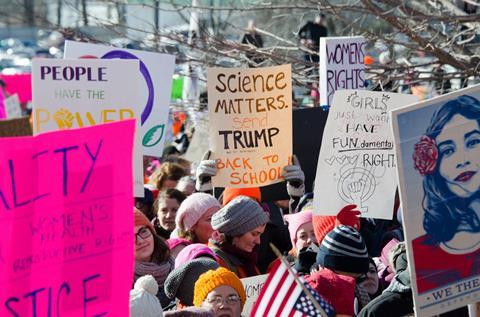 But this is not the whole story. We march because science is among the most beautiful, open, and life-giving of human endeavours. It is not, as some may characterise it, a way of building a solid, indestructible body of immutable truth. As physician and science writer Lewis Thomas said: ‘[science] keeps changing, shifting, revising, discovering that it was wrong and then heaving itself explosively apart to redesign everything. It is a living thing, a celebration of human fallibility.’

The March for Science is an endorsement of the evidence-based scientific approach to critical thinking and problem solving. The many successes of science and engineering exemplified by the useful technologies that have become part of everyday life – from bridges and airplanes to indoor plumbing and radio – have their foundations in critical thinking. They are claims built upon and supported by credible evidence, which have required explanations that are testable and tested. This approach to problem solving is as central to social science and effective policy development as it is to rocket science or brain surgery.

Science is a venture done in service to humanity: it cannot be contained within borders or limited to a generation. Cooperation has brought together more people across more countries than any diplomatic effort. Science is a global network of collaborative research whose results are celebrated as human accomplishments, not national victories. It is universal, and we must encourage open sharing and free movements of people.

One of the main reasons for the March is to remind ourselves, our neighbours and our nations that science is an open process. It is a passionate conversation towards better understanding – not a political truncheon. Current views can be questioned, and scientific understanding can be changed, but we must be able to stand upon our best understanding and speak it plainly – and ensure any assertion is backed by the best and most robust evidence available.

It is important to emphasise that the March is not calling for political favours, special attention or any other form of preferential treatment. We are not marching ‘against’ anyone or anything. Nor does the March aim to complain about the treatment of science or scientists – we recognise that scientists are among the luckiest people on the planet. Many scientists use public funds to explore the world, large and small, in order to add to a great pool of knowledge. We value public trust. Scientists honour it each and every day by sharing results openly; subjecting our work to peer review; asking others to verify our work; teaching and training others with our best thinking; consulting with those in need of solutions to problems and accounting for our actions. We are grateful for public support, and believe that the greatest science benefits can only come from public investment because they are shared largely without concern for ownership.

We invite everyone to join us in supporting science as an invaluable part of our society.