Creating the Anthropocene may have cost us the Earth 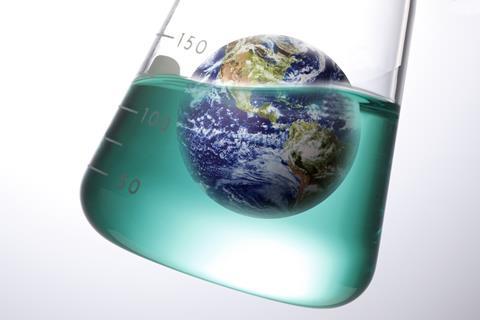 The Holocene has been good to us. A stable climate, warm and rainy; just the right conditions for the human species to flourish and progress through all the technological and societal developments in our short existence – right up to the point where we could actually invent geological epochs and give the Holocene the credit it deserves. It’s the only epoch we’ve ever really known, so it seems a little ungrateful that we are now replacing it with one we’ve named after ourselves.

That’s because, as it turns out, some of us never knew the Holocene at all. On 29 August, an expert group told the International Geological Congress in Cape Town that since the middle of the last century, we have been living in a new epoch: the Anthropocene.

This is a profound moment in human history. The Anthropocene – an epoch defined by human impact on the environment – is more than geological housekeeping. It is a clear statement that humans have changed the planet.

Defining an epoch normally relies on evidence laid down over thousands or millions of years. So it’s a mark of scientists’ belief in the Anthropocene’s urgent societal significance that rather than leaving it to generations millennia hence, they have moved to declare a new epoch now, based on data just decades old. Geology has never moved so fast.

The experts argue that scientists of the future won’t have to look very hard to see that humanity began to indelibly alter the planet in the 20th century. From the dusting of radioisotopes that settled on the Earth after the advent of nuclear warfare, to persistent plastics deposited in our waterways, to rising nitrogen and phosphate levels in soil, and CO2 levels in the atmosphere – the evidence is all around.

Humanity’s spheres of influence have grown to include every aspect of the Earth: the atmosphere, biosphere, hydrosphere… you name it. And in the last 100 years, we have learned a lot about the way our actions affect the environment, much of it from vast, often unintentional, chemistry experiments. We know a great deal about the action of CFCs in the stratosphere, for example, and the toxicology of lead. We know how pesticides can hobble whole ecosystems, that burning fossil fuels changes the climate and acidifies the oceans, and that using antibiotics leads to resistant organisms. No one knows the high price of this knowledge better than chemists. Even the word ‘Anthropocene’ has its roots in chemistry: Paul Crutzen, who won the Nobel prize in chemistry for his work on the mechanisms of ozone depletion, was among those who first proposed the term in 2000.

All of which raises the question: is the knowledge worth the cost? Well, that depends entirely on what we do with it. The lessons may have come too late to repair all the damage, but we can mitigate and adapt.

We are the first humans in history whose activity has reached such a scale that it affects the whole planet, and we are the first with the means to know it. The Anthropocene warns us that time is short, but we can still work to make sure that it is defined by positive human impact. Otherwise, the first man-made epoch may also be our last.