The UK has produced radioactive waste for more than 60 years. During that time, the nuclear industry has been at the forefront of technological development, implementing successive generations of commercial power production reactors, reprocessing used fuel and applying nuclear materials in industry, medicine and defence. In common with any large industrial undertaking, these activities result in waste. 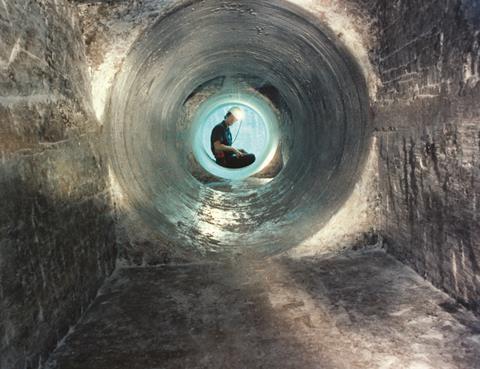 Whatever your views on nuclear power, nobody can deny that the radioactive waste exists. Nor can it be denied that it must be carefully managed to protect human health and the environment – and that there is a moral imperative to clean it up.

It is internationally accepted that the safest and most sustainable solution for higher activity radioactive waste is geological disposal. This requires the construction of engineered facilities deep underground, making use of multiple barriers to provide isolation and containment. After it has been filled with radioactive waste, such facilities are permanently sealed and remain safe without the need for further management. Radioactive Waste Management, the UK public body, is currently developing concepts for deep geological disposal in the UK, prior to seeking potential sites for a disposal facility.

As currently envisaged, the UK Geological Disposal Facility (GDF) will be between 200 metres and 1000 metres underground. At this depth, the waste will be protected from environmental extremes and from the long-term effects of future ice ages. Physical and chemical barriers, including the solid form of the radioactive waste, its packaging, the backfill material and the stable geological environment in which the facility is sited, will work together to ensure safety.

While science and technology offer many of the solutions to managing radioactive waste, another key challenge is to ensure that future generations retain knowledge and memory of the repository. This means being aware that the facility lies deep underground, hundreds or thousands of years after its closure and understanding the nature of its contents.

In the UK, the nuclear industry treats wastes as quality products, numbering and tracking each waste package individually. This is because the records will provide the ‘passport’ to access the disposal facility (when it is available). Among other things, the records must include the origin of the waste and its radioactive inventory and provide evidence of compliance with the specification against which it was produced. Permanent records are to be kept in archival conditions at at Nucleus (the Nuclear and Caithness Archives), currently under construction and due to open its door in 2017.

The GDF is designed to protect future generations by passive evolution in its geological setting. One open question is whether to mark the site. In 1993, a report by Sandia National Laboratories in the US proposed adding warnings such as ’This place is not a place of honour. No highly esteemed deed is commemorated here. Nothing is valued here.’ It also highlighted proposals such as marking the site with large spikes, ‘menacing earthworks’ or even a large slab of black concrete. However, while surface markers may prevent future inadvertent intrusion, they may also attract unwelcome interest.

Evidence also shows that some markers designed to warn of hazards become less effective over the course of time. In Japan, tsunami stones were placed centuries ago to give clear warnings about the dangers of dwelling within reach of the most extreme waves. These stones, dotted around the coastline, clearly state ‘do not build homes below this point’. They are now largely ignored by a more technologically sophisticated generation.

And the message can be misunderstood. Leaving aside the evolution of language, the use of cartoon pictograms is not foolproof. For example, a sequence of pictures that, when read from left to right, show human contact with a waste drum leading to illness could be seen as a miraculous cure if read from right to left.

For these reasons, the international approach is moving away from ‘danger’ signs towards multiple layers of information provision. There is a growing consensus that the most effective markers are those that communicate a simple message (such as ‘man-made – proceed with care’) rather than trying to give details of the hazard and its potential health implications. Once established that a site had previously been developed, it would be reasonable to assume that any further investigation would be undertaken in the context of deliberate intrusion – with appropriate safety precautions.

Clearly, for a marker system to be effective it must survive until it is needed and then be recognised and understood. In this context, there could be merit in developing time capsules. These would communicate directly with future society, their contents reviving potentially fading or lost memories.

Radioactive waste is part of our industrial legacy and requires safe, permanent disposal. A decision on how to ensure knowledge of a UK facility for generations to come, including the potential for site marking, will be taken together with a host community at the appropriate time. The safety of radioactive waste disposal is a matter of both science and memory. This generation will never see the final outcome of its efforts, but we can provide every opportunity for knowledge to be received and understood by our descendants.