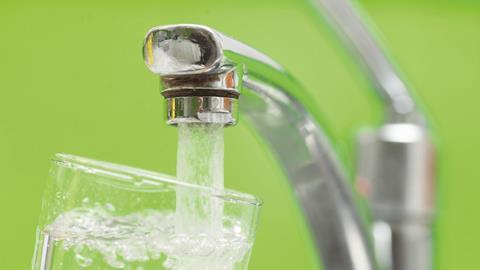 Tap water of 6 million in the US contains industrial chemicals

The drinking water of six million Americans contains industrial chemicals linked to cancer and other health problems, known as polyfluoroalkyl and perfluoroalkyl substances (PFASs), in levels that exceed recommended US safety limits, according to a new study led by researchers at Harvard University. The researchers determined that drinking water samples near industrial sites, military fire training areas and wastewater treatment plants have highest levels of fluorinated compounds.

The study used data from more than 36,000 water samples that the EPA collected from across the US from 2013 to 2015, and examined the concentrations of six types of PFASs in the drinking water supplies. The researchers found that 66 of the public water supplies, which served six million people, had at least one water sample that measured at or above the US Environmental Protection Agency (EPA) safety limit of 70 parts per trillion (ng/L) for two types of PFASs – perfluorooctanesulfonic acid (PFOS) and perfluorooctanoic acid (PFOA). The concentrations turned out to be as high as 349ng/L in some locations for PFOA, and 1800 ng/L for PFOS.

‘These compounds are potent immunotoxicants in children and recent work suggests drinking water safety levels should be much lower than the provisional guidelines established by EPA,’ said Elsie Sunderland, senior author of the study.

Human exposure to PFASs has been linked to immune suppression as well as cancer, elevated cholesterol, obesity and endocrine disruption. The authors of this study pointed to limited available data suggesting that widespread exposure to replacement PFASs may also adversely affect human health.