A crack in creation: the new power to control evolution 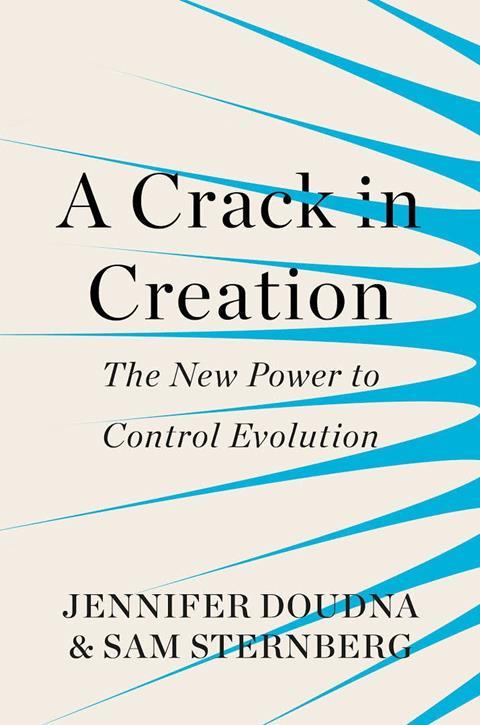 Consider the fact that in 2015 there were almost 212 million cases of malaria worldwide, which led to around half a million deaths. Now imagine a world in which mosquitoes had lost the ability to carry the disease. Think about the millions of people worldwide affected by food insecurity and famine. Then picture a future in which staple crops are resistant to the worst diseases and blights, and can withstand the new pressures of climate change.

These alternative realities might seem like fantasy, but are actually not that far-fetched thanks to the Crispr–cas9 genome editing tool developed by Jennifer Doudna and her colleagues. A crack in creation is Doudna’s story of how she became involved in the research that led to Crispr’s development, and the explosion of the field since her team’s breakthrough paper was published just five years ago.

The book is co-authored by Doudna’s former PhD student Samuel Sternberg, and provides a unique insight into one of the most important, and controversial, scientific discoveries in recent history. It details the incredible potential of Crispr to revolutionise agriculture and medicine, and ends with a discussion of the complex ethical questions this technology inspires.

From the outset, Doudna expresses her motivation to engage the wider public in conversations about genome editing. This immensely powerful tool could eliminate numerous genetic diseases, or enable new therapies for, until now, untreatable forms of cancer. But without proper oversight, or in the hands of unscrupulous practitioners, it could also have disastrous, potentially irreversible consequences. For this reason, Doudna explains, it is essential that the public are well informed about the technology – to prevent rushed and irresponsible attempts at human germline editing, and to avoid situations that could allow knee-jerk political responses to stymie the field.

Aimed at a general audience, it’s possible that the necessary, but whirlwind, introduction to complicated biochemical and genetic principles might lose some readers. However, the book does well to present these concepts in an accessible and engaging manner, aided with helpful, simplified illustrations.

Reading the first-hand account of the race to understand the bacterial adaptive immune systems that inspired Crispr, and the initial realisation of its ability to introduce precise genetic corrections, is a unique and thrilling experience. Doudna is also candid about being taken out of her comfort zone by the speed with which the Crispr field has progressed: moving from the relative security of petri dishes and laboratory research to grappling with bioethics and giving evidence to US senate committees. It is fascinating to hear of her emotional struggle, balancing excitement about the capacity her discovery could have to improve the world, while also worrying whether she has created a ‘Frankenstein’s monster’ with unimaginable, terrifying power.

For anyone interested in science, or the power of technology to change the world, this is an important, and gripping, read.