Billion Dollar Burger: Inside Big Tech’s Race for the Future of Food 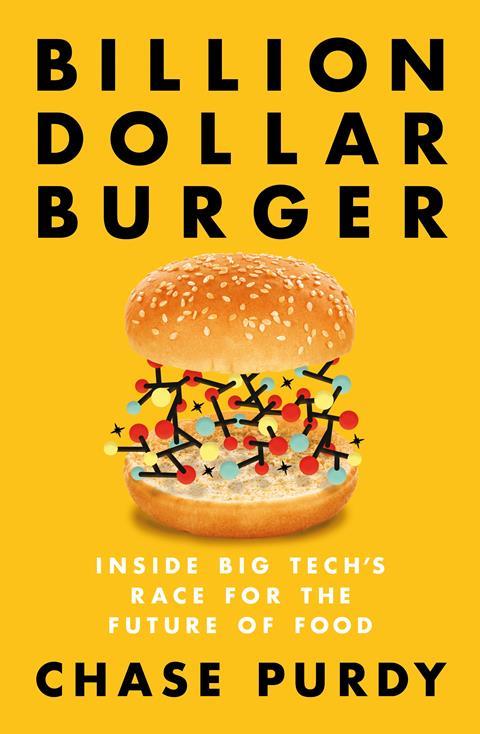 Take a stroll down the vegetarian aisle of the supermarket and you’re likely to find an ample selection of products awaiting you on the shelves, from plant-based burgers and sausages to ‘chicken’ nuggets made of soy protein and even vegan kebab meat.

But a new contender is making its way onto the scene. Billion Dollar Burger by journalist Chase Purdy documents the rise of the most intriguing item yet to grace our dinner plates: lab-grown meat. It has a significant edge over its plant-based counterparts because it is actually meat ‒ it just doesn’t involve rearing or killing any animals.

Cell-cultured meat, also known as clean meat or lab-grown meat, originates from a Petri dish or bioreactor rather than any farm or slaughterhouse. Once nothing more than a futuristic vision, cell-cultured meat has rapidly evolved into a reality with very real stakes in the food industry ‒ though, as Purdy explains, it has ruffled more than a few feathers.

The book starts out with Purdy getting the chance to try some of this meat for himself in the form of duck pâté and chorizo. Produced in a lab in Silicon Valley, these products are ‘a dream in the eyes of scientists and [vegan] activists’, he writes.

Purdy acknowledges that ‘it is inviting to think of cell-cultured meat as the stuff of science fiction’. But thanks to his clear and concise explanation of the science you aren’t left confused by how it all works. A common method for rearing lab meat involves collecting animal cells – from a live cow, for example – and growing them in bioreactors by feeding them a liquid medium that encourages optimal replication. The resulting cell clusters, usually muscle tissue, can then be harvested and processed into more recognisable shapes, such as burger patties.

What follows is a well-researched and insightful narrative of the ‘edible space race’, as Purdy puts it, to getting cell-cultured meat to market. Many of the key players involved ‒ from scientists to activists to doctors ‒ are pursuing cell-cultured meat through their own startup companies as a way to help tackle the climate crisis and take on some of the biggest industry groups in animal agriculture.

Perceptive and measured in his accounts, Purdy goes for a people-centric approach, giving a rare glimpse into what a select few of these startups are achieving and how the technology is progressing to push cell-cultured meat ever closer to the mainstream. But they face significant hurdles along the way, from battling pushback from food industry giants and regulators to ultimately gaining the public’s trust and acceptance. Purdy is also quick to point out some of the less transparent aspects of the field, such as what the long-term effects of consuming this kind of meat, if any, could be.

Billion Dollar Burger is an exciting and unpredictable journey into the heart of a growing new sector that will have huge consequences for the future of the planet.