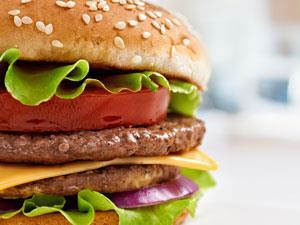 The recent discovery of horse meat in beef burgers sold in the UK and Ireland has raised questions about exactly what goes into our food products. It has also highlighted concerns about the effect that reduced local authority funding for food testing may be having on food safety.

‘Both the number of food samples that local authorities are taking for analysis and the amount of money they’re spending on that analysis is going down,’ Duncan Campbell, public analyst for West Yorkshire, past president of the Association of Public Analysts and a chartered chemist, tells Chemistry World. ‘In any situation where a sector is being policed, if the scale of that policing decreases then it’s likely that more problems will occur.’

On 15 January 2013, the Food Safety Authority of Ireland (FSAI) revealed just such a problem. The FSAI announced that it had detected horse and pig DNA in samples of frozen beef burgers on sale in UK and Irish supermarkets such as Tesco and Iceland. The beef burgers were produced by two food processing plants in Ireland, Liffey Meats and Silvercrest Foods, and one processing plant in the UK, Dalepak Hambleton in Yorkshire. The FSAI also detected horse DNA in some of the raw materials used to produce the burgers.

All the affected supermarkets immediately withdrew the suspect beef burger products from sale; other UK supermarkets also stopped selling frozen beef burgers produced by the three food processors. Meanwhile, the FSAI worked with ABP Food Group, which owns Dalepak and Silvercrest, to try to trace where the contaminated raw material had come from.

Both the FSAI and the UK Food Standards Agency (FSA) were at pains to stress that horse meat poses no health risk to consumers, but others are not so sure. The problem is that in most countries, including the UK, horses are not specially bred for food purposes, even though they are still sometimes slaughtered for food. This means they can be given veterinary drugs that are banned in animals specially bred for food because of concerns the drugs might find their way into the food supply.

This is the case with phenylbutazone, also known as bute, an anti-inflammatory drug commonly administered to horses to treat sore joints and aid recovery after fractures. Because phenylbutazone has been linked to certain adverse reactions in humans, it is not licensed for use in animals reared for food. 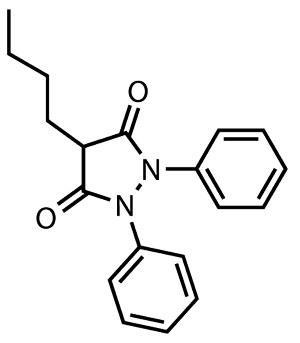 However, in response to a question in parliament from Mary Creagh, shadow environment secretary, the FSA revealed on 24 January 2013 that it had detected phenylbutazone in eight horses slaughtered for food in the UK in 2012. The meat from five of these horses was exported to Europe, where the FSA informed the relevant food safety authorities, while the other three horses did not enter the food chain.

Although the FSAI didn’t detect phenylbutazone in any of the burgers contaminated with horse meat, the fact that horse meat is inadvertently entering the food chain does raise concerns that consumers could be being exposed to veterinary drugs such as bute. ‘There is a system in place in Europe which should identify when horses have been treated with the drug to prevent them going for food production but the effectiveness of this has been doubted by many,’ said Chris Elliott, director of the Institute of Agri-Food and Land Use at Queen’s University Belfast.

The only way to prevent this kind of food contamination is with regular testing, says Campbell. In the UK, this kind of food testing is the responsibility of local authorities and is performed by public analyst laboratories, which conduct a wide range of chemical testing for enforcement purposes. But with local authority budgets being cut across the board, the authorities are reducing funding for food tests.

‘I think that nationally local authorities now spend less than £5 million each year on analysis carried out by public analysts for food law enforcement,’ says Campbell. ‘For county councils, the number of food samples that are taken for analysis by public analysts has fallen by 47% in the three years to March 2012.’

Food companies and retailers, however, are keen to pick up on these mistakes themselves, or prevent them happening at all. After helping the FSAI trace the contaminated meat to a supplier in Poland, ABP Food Group announced that it is implementing a new DNA testing regime, as is Tesco, and will now also be sourcing all the raw material for its beef burgers from the UK and Ireland.