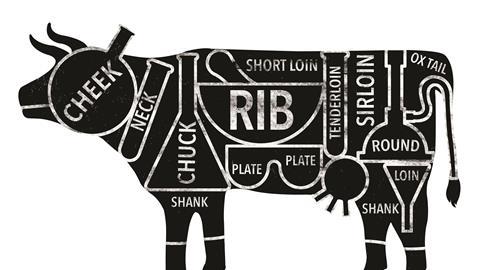 Could artificial meat save the planet?

When the World Health Organization’s cancer agency linked processed meat and red meat with stomach cancer last year after reviewing 800 studies, meat lovers around the world got a wake-up call. Moreover, many investigative documentaries, such as Food Inc. and Cowspiracy, have shown that industrial farms damage the environment, treat animals cruelly and breed them in unhygienic conditions.

These factors have resulted in some people limiting meat in their diet and could help explain the growing popularity of veganism and vegetarianism in the UK. In the last 10 years, the number of vegans has more than tripled in the country, according to the Vegan Society.

Traditional meat replacements like tofu (soy bean curd) and seitan (wheat protein) has been around for a while, but a number of companies around the world are beginning to produce new-generation meat substitutes that they claim are as good as real meat.

Overall, the modern meat substitutes industry seems to be following two paths. One set of companies is exclusively using plant material to make meat. Companies in this category include Beyond Meat, The Vegetarian Butcher and Impossible Foods. Others such as Memphis Meats, Mosa Meat and SuperMeat are culturing meat from animal cells.

Beyond Meat’s scientific adviser Joseph Puglisi contends that the plant-based approach may have an edge because it is simpler. Indeed, the top players in this segment have all rolled out products. The research firm Markets and Markets forecasts that the market for meat substitutes in general would be as big as $5 billion (£3.8 billion) by 2020. 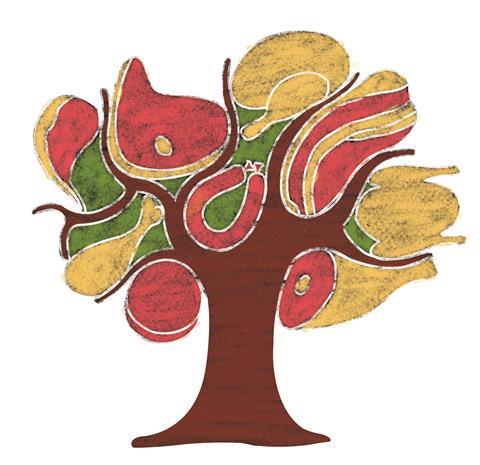 The Vegetarian Butcher’s catalogue of 30 products, ranging from chicken strips to meatballs, is sold in 3000 stores across Belgium and the Netherlands. They also export to around 11 countries. Their story began when Dutch farmer Jaap Korteweg, who launched the company in 2010, became a vegetarian over 15 years ago after witnessing the swine flu and mad cow disease outbreaks in his country. ‘He would say to himself I’d only eat meat when I’m going out for dinner,’ says Paul Bom, manager of product innovations at the company. ‘And then he would go out for dinner seven days a week.’ Having grown up on a farm, Korteweg liked meat too much. He started The Vegetarian Butcher to make meatless products for people like him who wanted to give up animal protein, but were unable to. Bom says his company wants to be the ‘biggest butcher of the world’. The company’s annual turnover is around €10 million (£8.7 million).

Meanwhile, California-based Beyond Meat, which is financially supported by Bill Gates, has made a splash in the US market. Their chicken, beef crumbles and other products are supplied to thousands of stores such as WholeFoods, Target, Walmart and Safeway.

The core technology used in producing plant-based meat is called extrusion. While companies don’t reveal the specific details about their individual process, it generally involves mixing protein material from plants (soy or pea) with water to form a dough. This is then heated up under high pressure as it is pressed through a die. The resulting dough has the fibrous texture of meat.

Describing the process at Beyond Meat, Puglisi says ‘We try to mimic the chewy, spongy type texture of meat.’ The patty used in the Beyond Burger, the company’s latest offering, looks and tastes like ground beef. The burger is sold in the meat sections of stores. The company claims the patty has 20g of protein, slightly more than a conventional beef one.

The companies in the second category use tissue cultures to grow meat in the lab. Basically, they take biopsies from animals and culture meat from animal cells. Sometimes, this kind of meat is referred to as ‘cultured meat’ to distinguish it from the plant-based meat by Beyond Meat and others.

We are making products for meat eaters

Products from the tissue engineering camp are still in the research phase. But in a widely publicised breakthrough in 2013, Mark Post from Maastricht University in the Netherlands demonstrated a hamburger in London that was created by culturing cells from fetal bovine serum. The burger cost an whopping €250,000 to manufacture. The university launched a spin-off company, Mosa Meat, for the purpose of bringing the burger to the masses. But that won’t be for five to seven years, as the company is currently trying to attract funds for research, says Peter Verstrate, chief executive of Mosa Meat, and one of the people who prepared the burger.

To make the burger on a large scale, Mosa Meat would extract stem cells from muscle tissue of cows and proliferate them in a bioreactor. ‘Once the cell mass is big enough, we would differentiate them into muscle fibers and finally into muscle tissue,’ Verstrate explains.

Meat-substitute pioneers are clear about their target market – meat eaters. ‘Some folks who are otherwise vegetarian might still eat our products,’ says Uma Valeti, chief executive of Memphis Meats. ‘But we are making products for meat eaters.’ Memphis Meats’ pork and beef range won’t debut before 2021. Both camps know pleasing the meat connoisseur won’t be easy, and there is a lot of emphasis in getting the products to taste as authentic as possible. ‘People have to like it – it’s food,’ says Puglisi. ‘People can be moralistic if they want, but if it doesn’t taste good and isn’t safe, who is going to eat it?’

The entire industry is relying on people’s concerns over climate change . ‘Meat production right now in the world is unsustainable,’ says Yaakov Nahmias, director of the Grass Center for Bioengineering at the Hebrew University of Jerusalem. ‘It will be incredibly unsafe to eat meat in the coming generation.’ Nahmias is also a co-founder of SuperMeat, the Israeli meat substitute start-up.

According to the Food and Agriculture Organization of the UN , livestock accounts for 14.5% of all greenhouse gas emissions globally and 65% of that is contributed by cattle production. The demand for meat continues to rise, especially in growing economies like India and China. According to a 2014 report by the Heinrich Böll Foundation, the world will raise 124 million tons of poultry alone by 2020 – that’s a 25% rise since 2010.

The proponents of artificial meat are optimistic. ‘We aim to produce meat that requires 96% less greenhouse gas emissions,’ Valeti says about Memphis Meats’ plans. He adds that his products would consume ‘96% less water and 99% less land than conventionally produced meat’.

A 2011 study by scientists at Oxford University in the UK and University of Amsterdam in the Netherlands showed the cultured meat industry could reduce greenhouse gas emissions by 96%. For conventional beef production, Bom says, not all the animal ends up as beef. ‘In terms of protein, it’s ten times more sustainable than eating a cow,’ says Bom: in their kitchen, they can turn 1kg of soy into 2kg of ‘meat’.

Another growing concern with meat production is the use of antibiotics in farm animals. ‘50 years ago, meat production used to be very local and the meat was relatively safe,’ says Nahmias. ‘Industrial farming of meat has changed that.’ Many public health advocacy groups claim that 80% of antibiotics produced in the US are used on livestock. That puts humans at a huge risk of infection from antibiotic-resistant microbes.

Artificial meat could be safer. ‘Because we are producing them in a clean environment, there is a much lower risk of bacterial contamination,’ says Valeti. ‘And because we don’t need to slaughter an animal, we avoid any risk of faecal contamination or diseases like the avian flu.’

With a pinch of salt

While the meat substitute industry makes big promises about climate change and better health, meat experts are watching them with a healthy dose of skepticism. ‘That’s a nice storyline. But until you can actually make that work, it’s just a storyline,’ says Edward Mills, a meat scientist at Pennsylvania State University in the US, referring specifically to cultured meat.

Setting up the infrastructure to make this meat is expensive, Mills says. ‘The practicalities of producing the product in a quantity and at a cost that make sense for marketing are a long-way off and maybe not even achievable.’ Bom agrees. ‘Meat is so cheap, especially minced products,’ says. ‘For now we’re more expensive. That has to change.’

Why do we eat meat? Because it tastes good – and this taste is fat

Insiders recognize technical bottlenecks, too. ‘The hamburger we presented in London was pure muscle fibre,’ says Verstrate. ‘But meat has also fat tissue and myoglobin – the red stuff which gives meat it’s bloody taste.’ This red ingredient is also important for nutrition.

John Gonzalez, a meat scientist at Kansas State University, believes that cultured meat will not become popular until the industry solves the ‘fat tissue’ problem. ‘Why do we eat meat? Because it tastes good,’ says Gonzalez. ‘And this taste is fat.’ He speculates this kind of preparation would be bland and dry when put on a grill. It may have some flavor because of seasoning, but ‘it won’t taste like beef or pork’. Gonzalez added he wasn’t aware of a method to produce fat tissue in the lab.

SuperMeat claims they have a solution though. Nahmias says his company’s tissue engineering approach is different. They obtain mesenchymal cells instead of muscle cells from biopsies. Mesenchymal cells make connective tissue in the body. ‘They can grow indefinitely from a single biopsy, without making cancer,’ Nahmias explains. During the culturing processes, these cells can be made to differentiate into both muscle and fat cells. Mesenchymal cells have many advantages over muscle cells. They don’t necessarily have to be obtained from animal serum. Cells from a feather or skin would do. They grow faster, and are ‘virtually immortal’, Nahmias explains.

Some experts also feel the idea that cultured meat is animal-free is misleading. ‘If they’re going to take a biopsy, they would still have to harvest animals,’ argues Gonzalez. ‘Stem cells are not going to grow infinitely. Eventually they may die. If you keep growing them and proliferating them, they actually grow into non-muscle stem cells.’ Verstrate concurs: ‘There should not be animal elements in cultural medium.’

The cultured meat industry guarantees their meat will be safe. ‘You do eliminate a lot of pathogens that occur, especially with contamination from carcasses and faeces,’ Gonzalez says. ‘But it’s not a zero risk activity. Contamination can also occur from processing equipment.’

The overall safety of the products would depend on the extent of processing. ‘If they’re using different solvents in the processing, those could raise safety concerns,’ says Michael Hansen, a senior scientist with US-based Consumers Union.

At this stage, it’s unclear how the regulatory agencies will monitor these foods. Hansen says the plant-based meat will likely not have to go through any regulation ‘assuming that none of the plant-based ingredients come from a genetically engineered plant and that no new ingredients are being added’. But cultured meat may have to go through agencies such as Food and Drug Administration or Department of Agriculture in the US.

Meat processors haven’t taken a stand yet against these disruptive efforts. Verstrate says that some of the investors he is in talks with are from the meat industry, which could be an indicator that meat processors may want to align their efforts with the new industry at some point. The artificial meat industry may get the science correct, but there’s a huge question on how well its products would be received. For artificial meat, Hansen says, ‘there will always be a yuck factor’, because it’s not ‘natural’ food.

Dinsa Sachan is a science writer in New Delhi, India