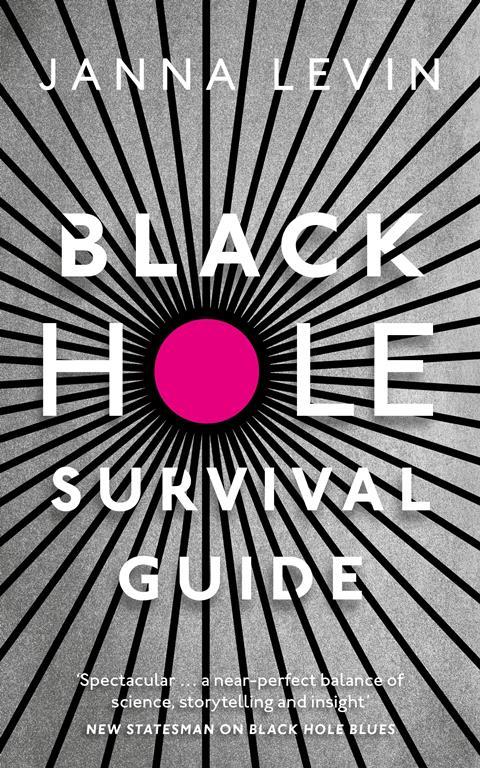 Black holes are awe-inspiring yet intimidating, ubiquitous yet invisible, a phenomenon defined by contradiction. Even their niche existence in public consciousness is contradictory, unique in a way whereby everybody is aware of what a black hole is, but nobody really knows what it is. Mathematically perfect yet physically forbidden, a repeated refrain tells us that a black hole is not a thing, rather, it is nothing. But to grapple with nothing first requires understanding a number of things – relativity, gravity, space-time, quantum mechanics and entanglement.

Janna Levin, as a professor of physics and astronomy at Columbia University, US, is the perfect tour guide to shepherd us through these topics in Black Hole Survival Guide. Over the course of only 160 pages – beautifully illustrated by Lia Halloran in a natural marriage of art and science – she takes us on a breakneck journey through the cosmos. We travel alongside a fellow astronaut named Alice, against whom we are compared and contrasted on various occasions, all in the spirit of learning and good natured competition. Indeed, many of the concepts upon which black hole theory is based on are innately contradictory, which means that they have to be described in terms of comparison – two objects relative to each other – and so I was grateful for Alice’s company throughout.

Many concepts are confusing, but only on Earth, Levin explains. And so we take to the stars alongside Alice, where Levin explains some truly mind-boggling principles with grace. Instead of reciting the old masters’ chosen metaphors – Galileo with his apples, or Einstein’s trains – she explains ideas in the context of the environment we’re using them in – a ceaseless, inescapable void, where the only immutable constant is the speed of light.

Accepting the reality of contradiction is imperative to attempting to understand black holes. I say attempting, as I cannot pretend to understand everything described in this book. Upon first reading, I thought this a failure of my comprehension and of a book too complex for a popular science audience, but after a second pass I realise that this is part of its charm.

Black Hole Survival Guide feels, in places, like a brain-twisting introductory physics lecture – event horizons 101 – but in the best way. I doubt I’d do well on the final exam, but I would be rapt with attention listening to Levin’s musical, melodic and subtly melancholy words, with a morbidly curious and nihilistic undertone that seems appropriate for discussing the immense, overwhelming absence that is a black hole.