Fentanyl, Inc.: How Rogue Chemists are Creating the Deadliest Wave of the Opioid Epidemic 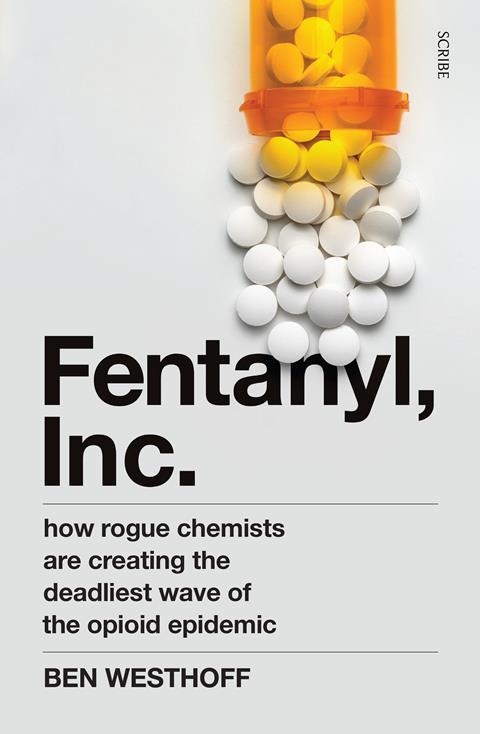 Mind-altering substances have been a feature of humanity for thousands of years, from alcohol as a social lubricant to pain-relieving poppies. Over the last few hundred years, lawmakers have sought to ban, restrict and control such substances’ use and distribution. However, the law and authorities have met a new adversary: synthetic opioids. In Fentanyl, Inc., journalist Ben Westhoff lifts the lid on the biggest drugs crisis to have ever hit the western world.

The path that led to the opioid crisis is a complex one. Westhoff begins with the story of a teenager that slipped beneath the tide of addiction, and succumbed to the powerful and unpredictable effects of fentanyl. Westhoff lays out and examines the many facets of the crisis, covering unintentionally harmful laws, manufacturing operations, and the market and supplier relations that transcend drug kingpins. The author himself undertook an uneasy and tense undercover mission to the very heart of the dark drugs lifecycle, posing in various guises from interested customer to bulk buyer of precursor compounds that are neither easily nor legally purchased within the US.

Throughout the 25 difficult and sometimes heart-wrenching chapters, Westhoff never lets you forget the human cost to what sometimes appears an almost-legitimate business. There are hundreds of thousands of addicted victims, and the US sees hundreds of overdose deaths every week according to the US Department for Health and Human Services.

At times, Fentanyl, Inc. makes for very difficult reading if you are a chemist. The author explains that it was chemists who invented new opioid-based pain relief. These compounds were hailed as a panacea for those in pain, which helped their spread on the black market. The problem is that these synthetic versions are so many more times addictive than their poppy counterparts, and so much more difficult to administer in safe doses. Their over-prescription by medical professionals across the US tipped the balance for many people into addiction. Add unscrupulous drug dealers to the mix, who cut synthetic opioids with other drugs, meaning that users don’t know how potent and lethal their addiction can become.

I felt it would have helped to have a more clearly defined structure to the case studies Westhoff presents. It would have helped the narrative flow not having to remember every single detail of what I had read in previous chapters. I got lost at one point between the various fentanyl analogues – from carfentanyl to benzoylfentanyl to synthetic cathinones – each one brought up to illustrate a particular evolution of the crisis. Moreover, Westhoff states that in the 2018 Salisbury attack ‘the poison was reportedly fentanyl’ with no additional comment made about the actual culprit, a Novichok nerve agent. It left me questioning the balance of other links and assertions made throughout the book.