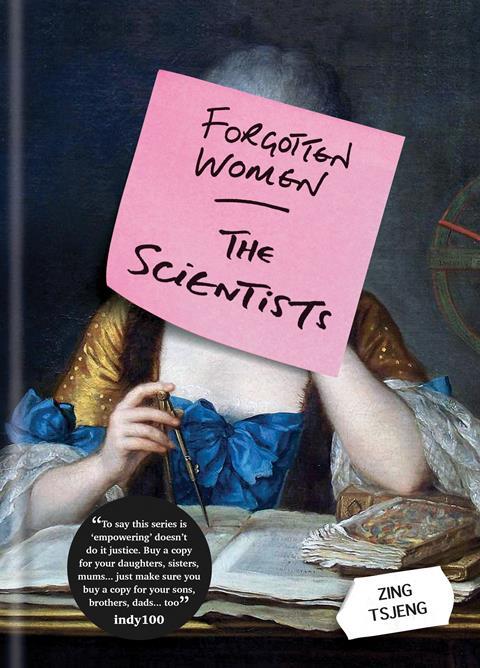 Women have long been under-represented in science. And on top of that, the achievements and work of the women who did make it are often left out of historical accounts and textbooks, their work either attributed to the men in their lives or omitted altogether.

Forgotten women attempts to redress this balance. Part of a series of books looking to uncover the lost histories of women who did not achieve the fame of their male counterparts, this book brings together 48 women from a wide range of scientific disciplines and tells their stories. Each scientist’s mini-biography is two or three pages long, and captures their lives and passions. Often this way of telling the stories of women can fall into the trap of defining them by their husbands and children, and how they were able to do their research while still ensuring their husband came home to dinner on the table. But fortunately, Forgotten women manages to avoid this. Each woman is celebrated for her own successes, and their personalities shine through. This is due to Zing Tsjeng’s thorough research and considered writing style, which makes the whole thing an easy read.

The stories are divided into sections approximately by discipline, but categorisation is a little eclectic. Chemists not only appear the in ‘physics and chemistry’ section, but also in ‘elements and genetics’ (an unusual combination) and ‘medicine and psychology’. However, chemistry is well represented, with names both familiar and less so, including Ida Noddark and Kamala Sohonie, Irene Joliot–Curie and Dorothy Hodgkin.

The book is beautifully presented, with illustrations by a team of thirteen artists accompanying each scientist. Visual highlights include the story of botanist Maria Sibylla Merian – shown intertwined with gorgeous sprawling vines – and the the yellow tree frogs of Brazilian zoologist Bertha Lutz.

Forgotten women would be a worthy addition to anyone’s bookcase or coffee table, and I would encourage men and women alike to get hold of a copy.