Language Unlimited: The Science Behind Our Most Creative Power 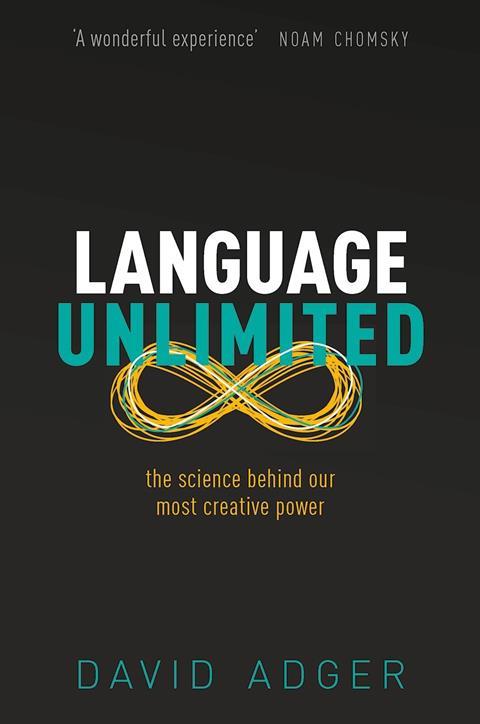 As someone who spent an entire week’s work leave comparing a pair of English dictionaries produced 100 years apart – namely a 1910 Collins’ Graphic English and a 2010 Oxford rewrite – I thought David Adger’s Language Unlimited would be a doddle of a read.

And were one allowed to use the word ‘moreish’ to describe the compelling task of finding new words in a 100-year old tome, I might. Though surely, I mean to say old words that escaped the modern vernacular. What a complex matter this language thing is.

Adger’s text deftly weaves his readers through Lewis Carrol’s poem Jabberwocky to express the nuances of language in the comedy show Absolutely Fabulous and lots in between to explain this method we use to communicate our minds. He draws on an array of studies of human and primate subjects, throwing in the odd curveball – like the mesmeric image of a romanesco cauliflower – to gently lead me to a view (or persuade me of his take) on the nature versus nurture dichotomy.

Are the shades of grey in humanity’s language structures down to Plato’s innate knowledge or are we born with John Locke’s tabula rasa? Does each of us write the grammatical, syntactic and semantic rules we observe in use around us?

It is among the most compelling questions society faces, one that Adger’s highly-referenced 250-pager explores with a vigour and thoroughness I’ve rarely seen in a book since completing a philosophy degree more years ago than I care to share here.

This book probes our most valuable forms of communication in intriguing ways. From accounts of the language learning abilities of the bonobo Kanzi, to cleverer rats, dogs and even humans, there’s plenty of interesting tidbits to share over a pale ale. And Adger is even credited with creating his very own language so he’s definitely committed and knows what he is talking about.

There were no hifalutin or complex terms to contend with as such – although my GCSEs didn’t teach me the terms that pertain to wording and the mechanics of language – but I did find the reading process harder than revising for an exam.

Suffice to say, it’s not a leisurely weekend read but to someone interested in this – with a solid grounding in linguistics already – will probably find it a boon to their bookshelf.