Mescaline: A Global History of the First Psychedelic 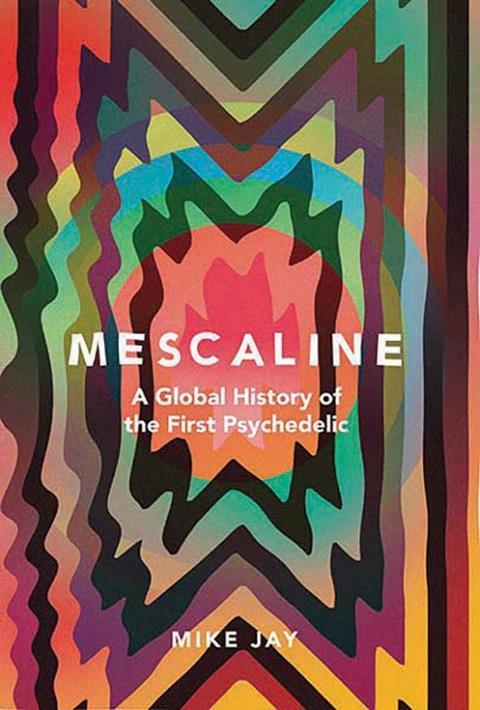 Author and cultural historian Mike Jay’s body of work includes books and essays on history, science, medicine, mental illness and, of course, mind-altering drugs. He touches on all of these subjects and more in Mescaline: A Global History of the First Psychedelic.

Whether mescaline really is the first psychedelic drug or not is still the subject of debate among anthropologists and archaeologists. But it does have an undeniably rich and fascinating history that is intimately linked to the story of indigenous culture, western colonialism and western medicine over the past several centuries.

The compound itself is a trimethoxylated derivative of phenethylamine. This psychedelic alkaloid occurs naturally in several plant species, the most well-known of which are the peyote and San Pedro cacti. Its effects include brilliant visual hallucinations and altered perceptions of time and self-awareness.

Jay takes his readers on a journey through history, beginning with the medicinal and ceremonial use of mescaline-containing plants by the indigenous peoples of Mexico thousands of years ago, and the adoption of peyote by some Native American peoples. The peyote cactus and its use attracted controversy from Christian missionaries, who saw it as the devil’s work, and later on from the US government, who equated it with moral degeneracy and also realised its importance to the Native American cultures they were attempting to dismantle. The hallucinogenic properties of the plant eventually garnered curiosity from western scientists and a number of western spiritualists, mystics, authors, poets and artists – those seeking the ‘doorway of perception’, to paraphrase Aldous Huxley.

Jay lends a significant amount of text to first-person accounts of mescaline experiences, which, although illuminating, tell a very similar story throughout the book. What is far more interesting is mescaline’s chequered past as a panacea, vice, spiritual tonic and subject of scientific inquiry. While the molecule has remained the same, its cultural significance has waxed and waned with time and the dominance of different social groups. Mescaline tells less of a story about the drug itself than it does about the people who harvested, used, abused, regulated and investigated it.