Sorting the beef from the bull: the science of food fraud forensics 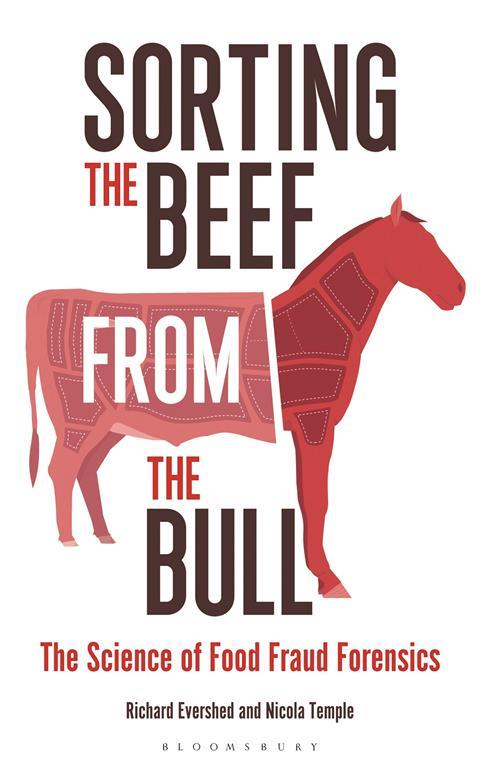 It’s a terrifying thought that a secret chemical war is being waged on supermarket shelves, yet as Sorting the beef from the bull shows, it’s a war that’s as old as time itself. From Roman times onward (apparently the Romans were slightly crazy because their wine was adulterated with lead), the book explores some of these hidden battles as criminals and inspectors attempt to outmanoeuvre each other in a game of chemical hide and seek – one side trying a new wheeze, the other scrambling to detect it.

It’s a riveting, consistently shocking tale, with greater implications than one may think. While UK readers can happily joke about food adulterors horsing around with their beef lasagnes, it’s harder to crack a smile about the 52,000 children hospitalised in China when their milk powder was laced with melamine (six of whom died). And it’s almost as terrifying to discover that fake salad oil shipments cost the US economy more than $1 billion (£643 million) in today’s money back in 1963.

Richard Evershed and Nicola Temple take their time covering different foodstuffs in depth, revealing the intricacies that show testing honey is a completely alien problem to sniffing out if there’s something fishy going on with your fish. Few areas are left untouched, with even our seasoning coming under the microscope – demonstrating how far the food fraudsters will go to make a few quid.

These stories are backed up by an excellent, in-depth exploration of the science, taking readers through the manoeuvre and counter-manoeuvre of the war on food, and tackling the complexity of its topic head on – from the baffling cornucopia of additives and preservatives in processed food to the isotopes and analytical techniques (or old fashioned sleuthing) inspectors use to root out trouble.

If there’s any flaw in the book it’s that the story is almost too large to tell. The facts come hard and fast, and at times the book can feel dense as economics and scientific assays blend with multiple real-world case studies.

Yet despite the weight of the subject matter, the authors’ expertise is able to steer the reader through the complex maze of our food chain with clear passion and wit. Somehow, they are even able to offer solutions to the problems created by a world always hungry for ‘improved’, cheaper foods. It’s as if two scientists finally decided it was time to roll up their sleeves, push Jamie Oliver to one side, and ask us to put our faith in science rather than a cheeky TV cook.

Give it a try; just don’t expect to ever trust so much as a loaf of white bread again.