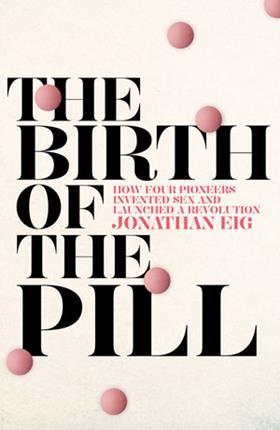 The birth of the pill is about the four pioneers of the contraceptive pill, namely Margaret Sanger, a campaigner for women’s rights, Gregory Pincus, a physiologist, Katherine McCormick, a wealthy widow who financed much of the work, and John Rock, a Catholic gynaecologist. What they achieved is remarkable, particularly considering how little money and resource there was for the research.

The star of the book is undoubtedly Pincus. Sacked from Harvard, ostensibly because his work on reproduction was so controversial, he briefly worked at Clark University, US, then set up the Worcester Foundation for Experimental Biology. This privately-funded research institute had a precarious existence until it was taken over by the University of Massachusetts Medical School well after the events recounted in this book. The author treats Pincus as a scientific genius and visionary, though many of his colleagues took a less charitable view.

The book is written in a fast-paced style, without any hint of light or shade. The heroes are stereotypical heroes, flawless dispellers of darkness and brilliant in their pursuit of the truth. Personally, I prefer my history more nuanced than this.

Nonetheless, there is no question that what the pioneers did was risky and required drive and commitment. Even in the late 1950s it was illegal to offer any form of birth control in many US states, including Massachusetts, and if Pincus and Rock had been open about what they were doing they would have been sent to prison. Consequently when the pill was launched, it was offered as a treatment for irregular periods rather than birth control.

Overall, this is a fascinating book and the story is well worth telling. The combination of determined campaigning and shoestring science proved irresistible, and as a result the lives of women were changed forever.