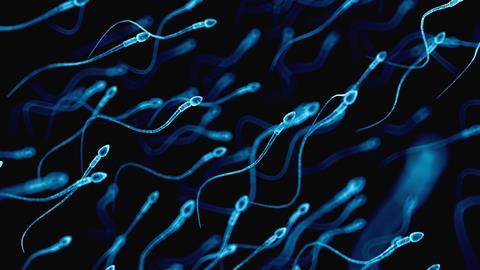 An engineered antibody could be a potent non-hormonal contraceptive for women, ensnaring sperm and inactivating them before they can fertilise the egg.

The antibody was developed from a natural one discovered in an immune-infertile woman by a Japanese group in the 1980s. The engineered antibody was produced in tobacco plants and has six fragment-antigen binding (Fab) arms with an affinity for a glycoprotein found almost exclusively on sperm.1 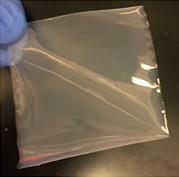 It is effective in trapping and aggregating sperm, showing over 10-fold greater potency compared with the parent IgG antibody with two Fabs. ‘We want sperm to be clumped together so that most remain in the vaginal tract, so few if any can ascend through the cervix and reach the egg,’ says Sam Lai at the University of North Carolina, who led this research.

The study generated vaginal films, suitable for human use, loaded with engineered antibodies and inserted them into sheep to assess their effect on human sperm motility. The film dissolves in the vagina releasing the antibodies. ‘Within two minutes we were able to completely agglutinate all the sperm,’ says Lai.

The strategy offers an alternative to hormonal contraceptives. ‘Often women don’t want to be on hormonal pills continuously. They have side effects that are disagreeable to many women,’ says Deborah Anderson, a mucosal immunologist at Boston University, US. Another approach is to use spermicides, such as nonoxynol-9. These kill sperm, but their detergent properties can damage mucosal surfaces and increase a woman’s risk of sexually transmitted infections, including HIV.

Nearly half of all pregnancies in the US, and in many developing countries, are unintended. This is because millions of women avoid available contraceptive methods.

‘The more methods available, and diverse methods, the more likely it is that an individual woman or a couple will find something that works for them,’ says Richard Anderson, a professor of clinical reproductive science at the University of Edinburgh. Presently, there are no antibody-based contraceptives, though this approach has been pursued for years, he notes. ‘These never worked, but that is largely because they were systemic, rather than local.’ There were also concerns that vaccination with sperm antigens might lead to permanent infertility in women given such a a jab.

Her trial aims to recruit 15 women with tubal ligation – and therefore not at risk of pregnancy – who would then use the antibody film before sex with their partner. They would then report to the clinic for a physician to sample and count motile sperm.

‘The data looks promising so far,’ says Anderson. She hopes to begin a phase 3 fertility study in three years and have a commercial product within five years. ‘This will be an on-demand product that women will use just before sex to prevent unintended pregnancy,’ Anderson says. ‘It is discrete, it is woman controlled and we hope less expensive than lots of other methods.’ She says it could cost as little as $1 (£0.75) per dose.

Lai has also recently reported more potent antibodies, with six to 10 sperm-snagging arms, and hopes to begin clinical trials with one of them before the end of 2023.3 He is betting this will be more effective than the natural antibody, reducing the amounts needed and lowering costs further.