The chemistry of beer: the science of the suds 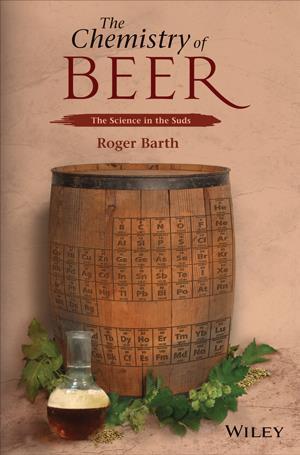 The chemistry of beer sounds like a perfect read for a lapsed chemist such as myself who enjoys beer and brewing science. As the author points out in the preface, the structure of the book is different to works already available on beer and brewing science, in that it attempts to interweave beer production and beer quality with an emphasis on chemistry, rather than having a technological or biological bias. The author has largely been successful here, although perhaps breaking the book down into parts (for example, history, chemistry, production etc) would have made the structure of the book more apparent.

Nevertheless, this is an informative book, particularly for those with little knowledge of chemistry and brewing, but an interest in both. There is sufficient crossover between the brewing- and chemistry-focused parts of the book to provide the reader with an imperative to learn chemistry using beer production examples. The author is to be commended for some excellent chapters, particularly on water and on measurement, subjects that can be easily overlooked but which are vital to any brewer.

One aspect of the book that lets it down is the representation of the chemical structures. Often carbon atoms are represented by a C, but at other times the conventional angled bonding connection is used. Elsewhere, the structures are too large and some are repeated, such as isohumulone. There are some simplifications that are arguably obligatory for an introductory text such as this, but the packaging chapter is overly brief, given its importance to contemporary brewers.

A selection of the images presented in monochrome throughout the book is included as high quality colour plates, which is welcome as these images are generally easier to assimilate.

The glossary provides a succinct definition of almost 1000 terms, which is especially useful to those relatively new to the subject, although a collated and more comprehensive ‘further reading’ list at the end of the book would also be helpful.

The text is accessible and readable and is, overall, a welcome addition to the catalogue of beer and brewing books available.

Purchase The chemistry of beer from Amazon.co.uk