The Future We Choose: Surviving the Climate Crisis 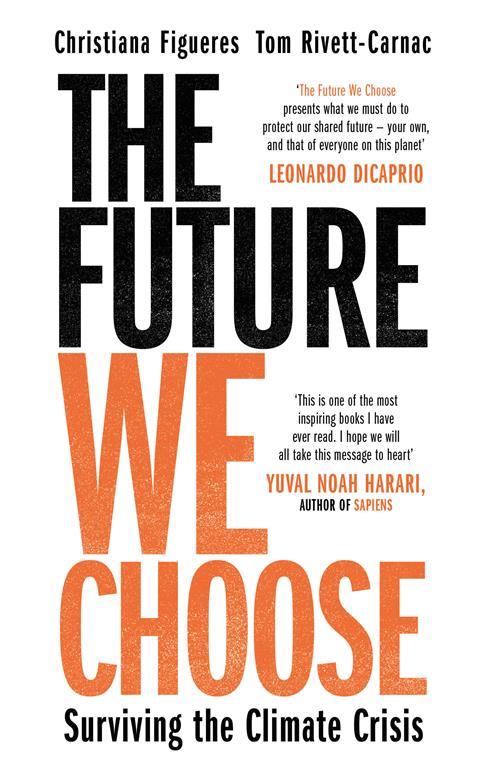 If you’re feeling a bit depressed about the lurking spectre of climate change, this is a good book to read. Many books on climate change can be alarmist. This manages to strike an optimistic tone, without playing down the urgency of the situation. It’s an easy read too. Unfortunately, I found the flowery, effusive delivery slightly off-putting, in spite of the fact that I agree with most of the points the authors make.

If you are already aware of the scientific, political and societal challenges of tackling climate change, this book doesn’t really add much. It is not a book about the fundamental science of climate change either (for that, the introduction to Sustainable Energy – Without the Hot Air by David MacKay is not a bad place to start, and it is freely available online). The Future We Choose is more of an invitation to join a movement.

Following a powerful introduction, it convincingly sets out two possible visions for 2050, one in which we continue with emissions under a business-as-usual scenario, and one where emissions have been halved every decade since 2020. The differences are pretty stark. In painting the grand broadbrush vision, the latter scenario contains several examples of promising projects around the world, and is reasonably referenced throughout. Interesting links are also made, for example, from how drought in Syria led to war and – ultimately – to the strengthening of the far-right in Germany.

Several key messages are worth reflecting on, such as ‘the science of climate change is not a belief, a religion or a political ideology’. At times the dramatic delivery feels as though it would be more appropriate to hear it as a speech, rather than written down. Some practical ways forward are suggested, with 10 key actions described, which include a strong focus on your own personal mindset.

The authors were involved with achieving success at the Paris Agreement on Climate Change in 2015, giving credibility to the future scenarios outlined and providing some interesting anecdotes about the run-up to the negotiations. They also produce a weekly podcast Outrage and Optimism with a range of political and scientific guests (David Attenborough, Greta Thunberg, Wanjira Mathai, David Miliband and so on). The book provides a platform for the authors’ movement www.GlobalOptimism.com.

If you find the anticipated likely effects of climate change paralysing, this book reassures you that you’re not alone – in fact, it is almost a self-help book. I think a particularly good target audience would be teenagers, who are anxious about climate change but not quite clear how to usefully move forward. It was written before Covid-19, but the rapid changes made globally to deal with the pandemic demonstrate that it is possible to address climate change if we choose to.

Since the publisher couldn’t provide a hard copy of the book I reviewed it a pdf. It made it less enjoyable to read, although it did save part of a tree, and having more trees is most definitely high on the agenda.