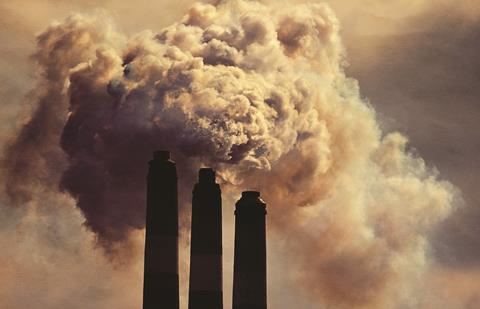 As consumers of energy and materials, we share the responsibility for emissions generated by companies that supply us

The study considers 83 fossil fuel energy companies and seven cement producers, some of which are state-owned, and some investor-owned, and attributes around 57% of the rise in atmospheric CO2 from 1880–2010 to their emissions.

While it is indisputable that these companies’ actions have led to higher carbon dioxide emissions, laying overall responsibility for the climatic effects of these emissions at the feet of the company seems somewhat disingenuous. These companies have provided the energy and building materials demanded of them by a rapidly expanding and increasingly energy-hungry global populace.

Our demand for comfortable homes, jobs, transport, travel and technology have driven energy companies to produce more fuels. An ever-increasing global population has driven vast amounts of resources into construction materials, creating and powering buildings for people to both live and work in. It is impossible to separate demand from supply in this equation. These firms’ emissions are as much our responsibility, as energy consumers, as they are of the producers.

Yes, one could argue that these companies could have done more to stimulate a move to alternative, less polluting energy sources – particularly once the implications of fossil emissions became more apparent. However, time and resources spent arguing over precisely how much each party is to blame distracts from the bigger problem. Our future is at stake.

If we are to have any success in minimising, and possibly even reversing, the effects of anthropogenic climate change, we need to look forwards, not backwards. It will be crucial to engage the biggest emitters in programmes to reduce, mitigate or eliminate their emissions. But equally it will require us as consumers to increase our respect for the energy we use and its impact on the planet.