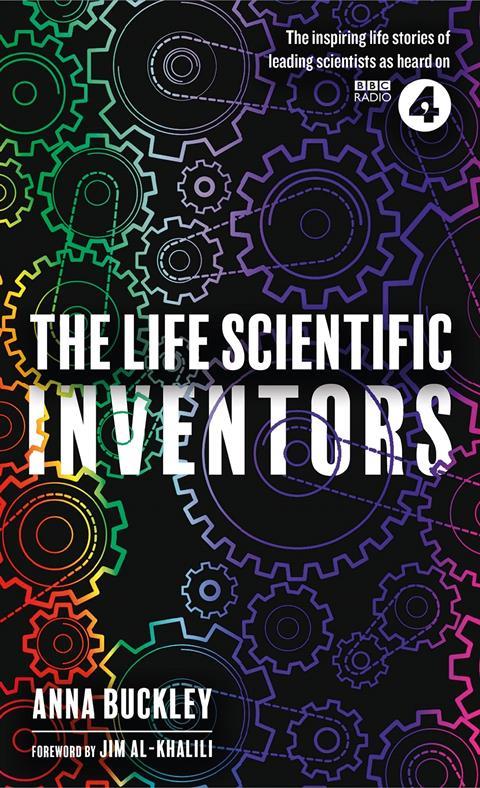 Do you ever wonder how insects and aeroplanes stay in the air, how your kettle knows when it’s time to stop heating, or how tunnels in our subway systems stay up under the weight of an entire city? In The Life Scientific: Inventors, Anna Buckley summarises interviews between Jim Al-Khalili and eighteen pioneering inventors; discussing their greatest achievements from silent planes to regenerating bones, and many things in between.

The interviews formed part of an award-winning BBC Radio 4 show and podcast produced by Buckley that attract more than 2 million listeners a week – and it’s easy to see why. What’s more, despite the often male-dominated culture of science and engineering, The Life Scientific has maintained a commitment to gender balance both on the show and within this book, so it really is a celebration of the achievements of both men and women inventors working in Britain today.

In the 1960s, Stephanie Shirley wrote code for the first civilian computers; in the 1990s, Ian Wilmut helped clone Dolly the sheep, and in the 2007, Clare Grey created a battery in a bag, making research into lithium-ion batteries much simpler and more environmentally friendly. The interviews with these inventors, and many others, range from childhood dreams and ambitions all the way to their inventions hitting national and international news. They give great insight into what it takes to truly be a pioneer in your field. With Al-Khalili’s thoughtful questions, and Buckley’s clear and concise explanations, I really learned a lot from this book. The chapters were short enough to hold my interest and keep me turning the pages.

One thing that jumps out a few times is the perception of engineers in Britain in comparison with the rest of the world. While in in the US inventors like Elon Musk have glamourised engineering, and in Germany engineers are revered like medical doctors, in the UK, engineering is often associated with fixing things rather than innovation. Through Jim Al-Khalili’s interviews, The Life Scientific hopes to change that perception.

Despite simply summarising radio interviews, the book succeeds both in challenging public perception of science, and in helping to engage lay readers with the important issues our society faces. It was an insightful and interesting read. I’ll certainly be tuning into the podcast in the near future, and I recommend you do so too, as well as reading this book.