The Poison Squad: One Chemist’s Single-minded Crusade for Food Safety at the Turn of the Twentieth Century 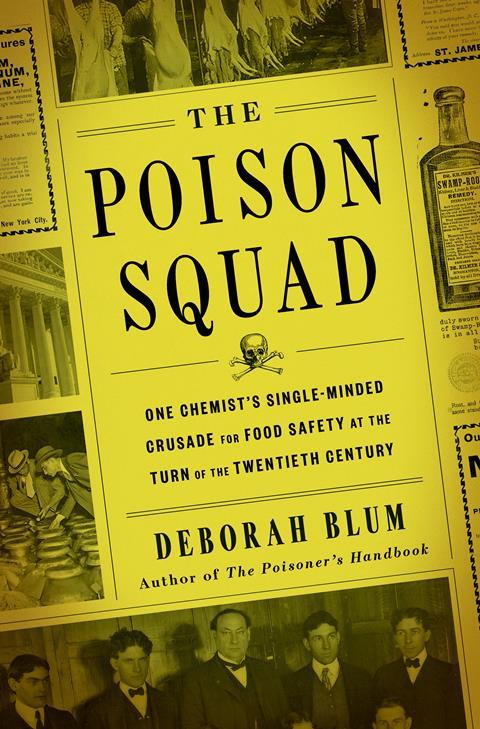 Everything was better in the good old days – or was it? It turns out that we have to dismiss any nostalgic ideas we might have of our great-grandparents’ healthy lifestyle. Instead of eating produce bought directly from farmers, foregoing ready meals and E numbers, people at the turn of the 20th century were faced with formaldehyde-laced milk, bleached flour and canned vegetables dyed with copper sulfate.

Industrialisation of food production not only made more goods available to more people, but also hailed a time when products were modified with, at best, non-edible ingredients – think floor sweepings in pepper – or, at worst, toxic compounds such as arsenic dyes. But US food manufacturers were in for a wild ride when Harvey Wiley became chief chemist for the Department of Agriculture in 1883.

Wiley (no relation to the publishing company) was a ferocious fighter for food safety. He captured the public’s attention with his human tests on harmful additives such as borax, benzoate, formaldehyde and salicylates. The group of young men who volunteered for these trials – consuming ever-increasing doses and often becoming ill in the process – was dubbed the poison squad. Deborah Blum’s book of the same title is an account of Wiley’s life. Apart from the first few, each chapter covers one or a handful of years, giving the author space to delve into details of Wiley’s story from his birth in 1844 to his death in 1930.

The first half of the book left me both shocked – attempts of manufacturers to disguise insanitary production practices were simply outrageous – and impressed by Wiley’s boldness. He seems to have had no issues standing up to high-ranking politicians and even faced an entire room of disgruntled canners who thought he wanted to ruin their business.

In the later chapters, however, I found Wiley’s quarrels with politicians and trade associations a little tiresome. Still, recounting them might be necessary to understand how Wiley’s work finally paid off: in 1906, the US introduced the Pure Food and Drug Act, the first significant consumer protection law that established purity standards and stopped mislabelling.

While there are bits on effects of toxic additives and Wiley’s food safety experiments, I wouldn’t class The Poison Squad as a popular science book. It is a biography, and, looking at the 20-page-spanning notes section, an incredibly well researched one. However, I often felt myself getting lost in details, including the extensive cast of supporting characters – so many indeed that Blum added a glossary readers can refer back to. I would have liked to know more about the toxic additives, how they work in the body and if they are still a problem today (formaldehyde, for example, is still a component in many glues).

If you want a book on food additives and early toxicity studies The Poison Squad isn’t it. But if you want to read a biography of a chemist who single-handedly transformed US food safety laws, this one is for you.