The Uninhabitable Earth: A Story of the Future

For more than 30 years, scientists have been ringing the alarm on anthropological climate change, a warning that has frankly gone unheeded. This book describes the culmination of 30 years of handwringing and dawdling from global politicians who have had it within their power to change the direction in which our planet is heading. 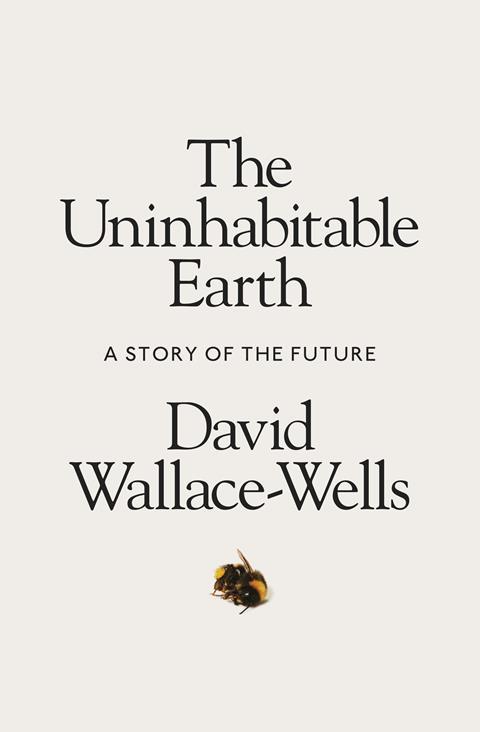 David Wallace-Wells does not mince words, as evidenced by his opening statement: ‘It is worse, much worse than you think.’ He starts by detailing the five most catastrophic mass extinction events, all of which were caused by climate change – the asteroid that killed the dinosaurs doesn’t even make the list. The worst of the top five, the End-Permian mass extinction of 252 million years ago, was caused by a warming of 10°C, and saw the death of 96% of all life on the planet. Today, we are struggling to limit anthropogenic warming to 3–4°C, with no real consensus on whether a cohesive plan of action will be agreed, let alone implemented, worldwide.

The Uninhabitable Earth adopts a brutally honest tone, stating with scientific backing the events that will be brought about by even a modest increase in Earth’s temperature. The names of some of its chapters – Heat Death, Unbreathable Air, Dying Oceans – give a sense of some of the horrors to come.

Humanity has a problem in that we do not fully comprehend such large topics. We compartmentalise things, and it causes us to be blind to the world around us changing irrevocably. Wallace-Wells attempts to snap us out of our cognitive dissonance with such force that it may swing some into hopelessness. Every half a degree of warming could potentially cause an increase between 10–20% in the likelihood of more armed conflict, a drop in GDP and wildlife extinctions on a massive scale. Four degrees could lead to 80–160% more conflict, less wealth and lower biodiversity. Disturbingly, the bulk of our greenhouse gas emissions have occurred over the last 20 years, long after scientists began to issue serious warnings, and after public awareness campaigns such as Al Gore’s An Inconvenient Truth.

While many scientists will doubtless welcome Wallace-Wells’ frank appraisal of the current state of affairs, others will warn that some of the solutions he posits are naïve and potentially dangerous. He mentions geo-engineering, including injecting sulfur into the atmosphere to reflect sunlight away from Earth, a measure that could bring severe and unintended consequences. I can also see how some might criticise this book as alarmist, focusing on the worst of the scientists’ predictions for effect. But this doesn’t bother me personally. Alarmist or not, the situation Wallace-Wells describes will simply become reality before too long if global temperatures continue to rise unchecked. In a situation such as this, perhaps we all need to be a bit more pessimistic.