Traveling with the Atom: A Scientific Guide to Europe and Beyond 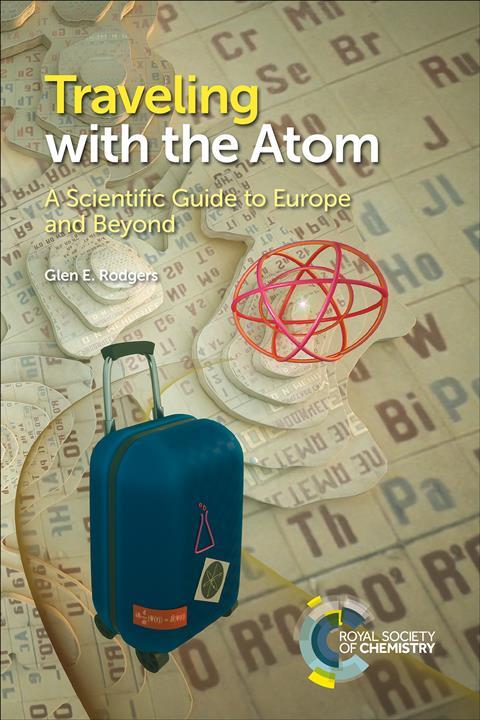 This remarkably comprehensive book is a travel guide to notable places and landmarks commemorating the achievements of the scientists who discovered and developed the atomic concept. Turn to the index of Traveling with the Atom and you will find the names of committed atomists – those scientists like Robert Boyle, Ernest Rutherford and Erwin Schrödinger who indisputably advanced our knowledge of the atom and its structure. But alongside these pioneers we find chemists like Justus von Liebig, Joseph Priestley and Fritz Haber – important for their contributions to humankind, but hardly atomists. Look a little further and we find the composers Alexander Borodin, Ludwig van Beethoven, Arthur Sullivan, Franz Schubert and many more. Borodin, whose day job as organic chemist might have led him to speculate about the nature of atoms, seems to have kept such thoughts to himself, as did Beethoven. However, the latter gets an entry firstly because of his friendship with atomist Josef Loschmidt and secondly, because they share the same cemetery. Other musicians, artists and poets are included because of similar geographical connections.

If you are moved to fork out £23 to visit Westminster Abbey in London to view memorials to Paul Dirac, James Clerk Maxwell, Isaac Newton and the rest, you might as well get good value by exploring the musicians’ corner as well. This inclusivity is one of the many strengths of this book and the traveller will appreciate the bonus approach of ‘and while you are in the area, you might like to visit’ other characters notable for their fame, but not as scientists.

Each site of interest such as a wall plaque, grave or museum is given its map coordinates, so that the traveller can use a smartphone as a satnav, and also a star rating from one to four – the lowest being simple place commemorations such as the Royal Society of Chemistry’s Chemical Landmark plaques.

Naturally, the author includes justifications for his choice of sites in the form of biographical details for his atomistic heroines and heroes. He writes warmly, enthusiastically and sometimes humorously, occasionally providing snippets of information not widely known. One of my heroes in atomic science is Rutherford, but I had forgotten, or did not know, that his nickname during his Cambridge period was ‘The Crocodile’ (if you wish to know the reason, please turn to Dr Google).

I predict that anyone with the slightest interest in chemistry will enjoy this book. The armchair traveller can simply see it as an attractive historical survey through the development of the atomic theory, while the intrepid explorer can use it alongside railway timetables and airline schedules to plot visits across Europe to the homesteads, graveyards, laboratories, apartments, abbeys and castles of their chemistry heroes. Warmly recommended!