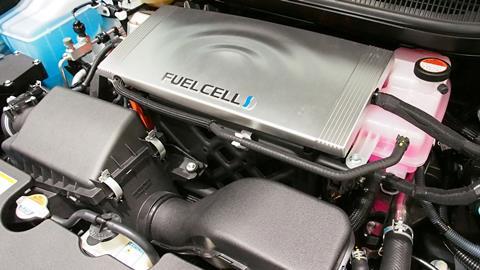 The elements of future energy

The hydrogen-powered future is upon us. Preparing for it will require new technology – and chemistry is here to help

Climate change is one of the greatest challenges facing the world today. As governments across the globe drive to reduce greenhouse gas emissions by using cleaner, greener and more renewable energy sources, new technologies will play a pivotal role in shaping the future of society. Johnson Matthey (JM), a global leader in applied science and sustainable technologies, is developing new solutions to meet this demand for cleaner energy. 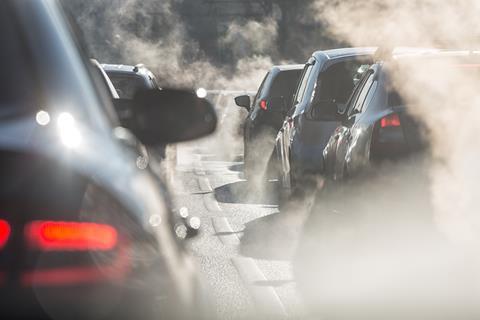 The scale of emissions from the transportation and electricity generation sectors make them clear targets for businesses to develop cleaner solutions. It has been estimated that these sectors were responsible for 27% and 24% of the UK’s total greenhouse emissions in 2017 respectively. Greenhouse gas contributions from transportation sources rise to 34% once UK-bound aviation and shipping contributions are considered.

Across the globe, governments are combating vehicle emissions to help create zero emission cities. Legislation is being introduced to shift from internal combustion engines (ICEs) to more sustainable alternatives by restricting, and eventually eliminating, the sale of petrol- and diesel-powered vehicles. Norway aims to eliminate new ICE vehicle sales by 2025, Germany is aiming for 2030, and the UK and France are targeting 2040.

Of course, to succeed in replacing our fossil fuel-powered infrastructure, an alternative fuel system needs to be successfully implemented. JM has more than 40 years’ experience in investigating clean air technologies that cover the entire transportation sector, as well as the abatement of emissions from stationary sources such as power plants. JM has also pioneered multiple clean air initiatives, covering catalytic converter technologies, battery materials for electric vehicles and hydrogen fuel cells. Here, we will focus on how hydrogen can be used to provide low-carbon energy required for a sustainable future. 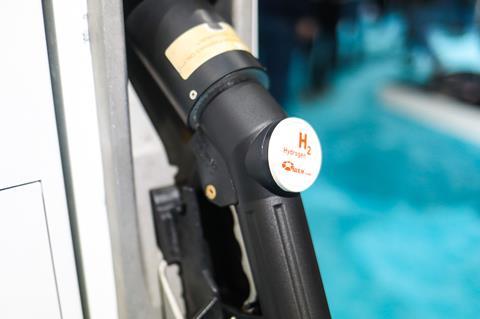 Hydrogen has great potential for decarbonising our energy infrastructure. Hydrogen packs an energetic punch that brings a multitude of benefits as a mode of electricity generation to power our trains, planes, automobiles, or the appliances in our homes. Hydrogen also has the potential to be used as a source of heat. Using hydrogen as a fuel has no harmful emissions; the only product of hydrogen combustion is water.

In 2015, it was estimated that annual demand for hydrogen had grown to 8 exajoules (EJ) – where one exajoule is equal to 1018J, or around one day of the world’s total energy demand. But much of this hydrogen is used as a reagent, rather than a fuel. It is used in refineries to reduce harmful sulfur levels in fuels, in ammonia production for fertilizers and in the manufacture of methanol.

If hydrogen is to become a fuel of the future, we will need to increase production volumes. And for it to be a truly environmentally friendly fuel, those routes must have minimal – if not zero – greenhouse gas emissions. In these cases, hydrogen fuel can be a clean source of energy and have a wide range of applications in diverse markets.

Getting hold of hydrogen

The majority of hydrogen is manufactured using steam methane reforming, where natural gas is split into hydrogen and carbon dioxide, producing large quantities of hydrogen. Natural gas is the key feedstock, but oil fractions such as naphtha are also used. In certain parts of the world, hydrogen is manufactured by coal gasification. Producing hydrogen this way therefore contributes to global greenhouse gas emissions.

However, by combining this method with carbon capture, utilisation and storage (CCUS), its carbon emissions can be dramatically reduced. JM’s advanced reforming flowsheet is a unique technology that couples particularly well with CCUS, reducing the cost per kilogram of hydrogen and lowering the initial capital cost. In the short to medium term, if we are to make tangible reductions in emissions, we will need the large scale and low cost associated with this route.

In the longer term, it is likely that electrolysis will play a greater role. A very small amount of hydrogen is made by electrolysis – using electricity to split water molecules into hydrogen and oxygen. To operate as efficiently as possible, iridium and platinum catalysts are essential. Hydrogen is then compressed prior to becoming available to power fuel cell electric vehicles. 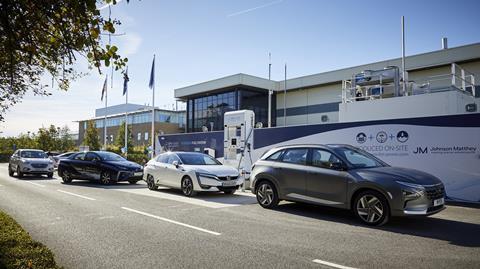 At JM’s facility in Swindon, UK – where fuel cell components are manufactured and assembled – electrolysis supplies the local ‘Hydrogen Hub’. The Hydrogen Refuelling Station (HRS) in Swindon – which was built in partnership with ITM Power and opened in September last year - is one of around 20 stations positioned throughout the UK helping to serve the M4 corridor and other routes, and initially, electrolysis is likely to be the primary route for hydrogen production in the transport sector.

Hydrogen is also being considered as a replacement for natural gas in our pipelines, with initiatives such as the new H21 North of England project. It is hoped that by 2050, the H21 project will roll out beyond the north of England with the potential to reduce carbon emissions by 258 million tonnes per year, equating to around 80% of the UK’s remaining carbon emission reduction target.

But without massive investment in our electricity grid, electrolysis is unlikely to supply the amount of hydrogen required to fulfil its potential in such areas. To serve markets that require large amounts of energy, such as heating (responsible for over 30% of UK emissions) and dispatchable electricity generation, both steam methane reforming and electrolysis will be needed. 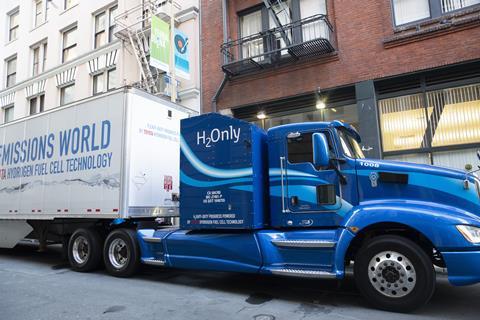 One of the more widely discussed applications of hydrogen fuel is in fuel cells to generate electricity. Originally developed in the 19th century, fuel cells are used to power vehicles, replacing the internal combustion engine, or in stationary applications. Instead of using petrol or diesel as the fuel, gaseous hydrogen is stored in a tank on board the vehicle. This then reacts with oxygen (from the air) to produce the electricity needed to power the vehicle.

The only product of this reaction is water, which is one of the main advantages of the fuel cell compared with ICE vehicles, which emit carbon monoxide, nitrogen oxides (NOx), and unburnt hydrocarbons in the exhaust.

The fuel cell components engineered specifically for automotive applications at JM’s Swindon site are used in polymer electrolyte membrane fuel cells. These consist of two main components: an anode and a cathode, separated by a polymer electrolyte. At the anode, hydrogen is oxidised to H+ via a platinum metal catalyst; at the cathode, the H+ combines with oxygen to form water and generate electricity. JM develops and manufactures the membrane and the catalysts that drive these critical reactions, and incorporates them into catalyst coated membranes and membrane electrode assemblies.

Why use hydrogen in transportation? 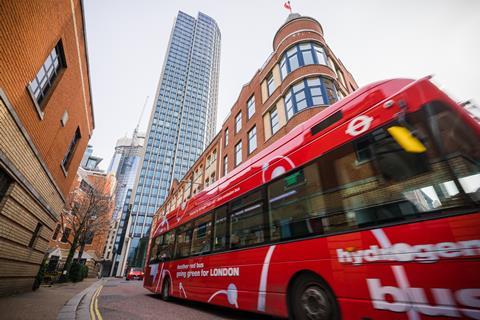 In the transport industry, there are two technologies frequently touted as alternatives to fossil-fuel combustion engines: batteries and fuel cells. Battery research continues to improve factors such as range, cost and energy density, but hydrogen has an energy density (by weight) around 140 times higher than that of current batteries. In practice, this means that fuel cell cars can travel up to 400 miles using just 5kg of pressurised hydrogen. This higher energy density means that for vehicles that regularly travel long distances, such as long haul trucks and a portion of the passenger car fleet, fuel cells can be a viable option. For much of the passenger car fleet, typically used for shorter urban journeys, batteries make more sense.

Another benefit of hydrogen fuel is the time taken to refuel the vehicle. Since only 5kg or so of hydrogen needs to be put into the vehicle tank, fuel cell cars can be refuelled in mere minutes, on a par with current petrol or diesel vehicles. Again, this makes it particularly attractive in long-haul applications or for those who require very high vehicle utilisation. 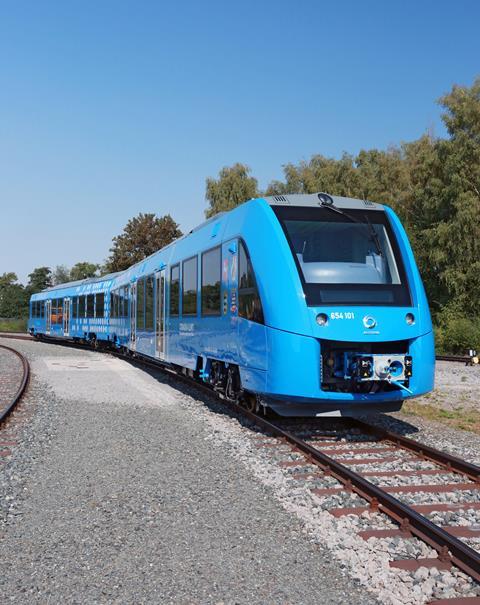 The Cordia iLint is the world’s first passenger train that is powered using a hydrogen fuel cell and is currently in operation in Germany.

The high energy density and rapid refuelling time also make fuel cells applicable for other modes of transportation including forklift trucks and trains. In fact, in September last year, the world’s first hydrogen powered train was launched to service a 62-mile track in northern Germany.

Battery and fuel-cell technologies excel in different transportation applications, so JM has been investing in both technologies. JM has developed its proprietary eLNO battery cathode materials, while concurrently researching and producing key components for hydrogen fuel cells at its Swindon facility.

Power for the future

While methods to generate, transport and use hydrogen fuel will continue to evolve over the coming years, there is still one challenge preventing its widespread adoption: infrastructure. There are currently around 300 hydrogen refuelling stations throughout the world, and if hydrogen fuel is going to have the desired impact this must be addressed through a collaborative and strategic vision. Based on current government and other stakeholder targets, the number of hydrogen refuelling stations is projected to increase to around 5000 by the 2030s.

In the private sector, the Hydrogen Council has been established to provide the long-term vision that will direct the future of hydrogen energy. Consisting of many different companies across the globe, its members are working to provide the necessary strategy to establish hydrogen fuel as a major contributor to the clean energy transition. In 2018, JM joined the Hydrogen Council as a steering member as we are clear that it will take multiple partners from all over the globe to achieve the full potential that hydrogen can offer to society. By taking a leading role in this organisation, we can work with other members in shaping the future for hydrogen. 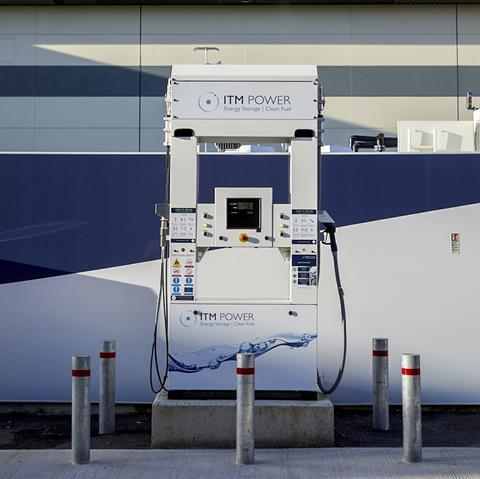 From our heritage in the automotive industry delivering catalytic convertors for fossil-fuel vehicles, we are well positioned to continue the drive to low-carbon fuels across many sectors of the supply chain. We have decades of experience relevant to producing key components for the fuel cells used in transportation and electricity generation markets, or in licensing the most efficient process for production of low carbon hydrogen at scale. Our key R&D capabilities in catalyst development and reforming technologies mean we can continue to provide customers with the necessary expertise that will help to realise the hydrogen future.

By 2030, it is possible that up to 4 million vehicles will be powered by hydrogen, with approximately 5 million fuel cells in use in transportation and other markets. It is also anticipated that hydrogen will be reducing emissions from heating and the power sector with large-scale demonstrations in operation allowing key decisions on deployment to be made through the 2030s.

The hydrogen-powered future is upon us. With investment, policy, research and innovation, hydrogen fuel will help to realise a carbon-free future.

eLNO is a trademark of Johnson Matthey Public Limited Company