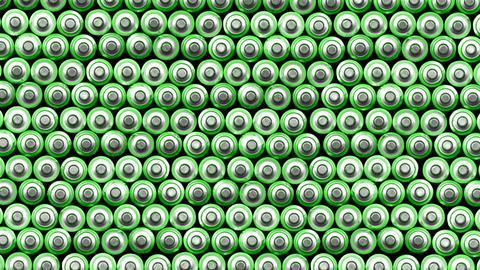 Detailed characterisation is the best chance scientists have to make sure that the next generation of batteries are sustainable, recyclable and packed with energy.

Lithium-ion rechargeable batteries are an extraordinary technology, and they are increasingly vital to a shift away from burning fossil fuels and towards renewables. But if that shift is to be fast enough to save the planet, the batteries need to be better and they, too, need to be sustainably sourced and made.

Batteries are an enabler of a sustainable society

The demand for high energy-density batteries is unstoppable. According to a recent article appearing in Nature, the number of electric vehicles in use globally is estimated to balloon by a factor of 72 – reaching nearly 1 billion vehicles between 2020 and 20501. And all those vehicles are going to need batteries. ‘Batteries are an enabler of a sustainable society,’ says Chris Stumpf, senior manager of Waters Corporation’s materials science business segment. Not forgetting that lithium-ion batteries also power our mobile devices and computers.

The lithium-ion battery, with cobalt cathode, is a well understood and ubiquitous technology found in many domestic and commercial device applications.

The lithium-ion battery is so transformative, so important in our society, that the scientists that pioneered the technology, John B Goodenough, M Stanley Whittingham and Akira Yoshino, were jointly awarded the Nobel prize for chemistry in 2019. But in moving from a scientific feat of brilliance to a ubiquitous power-giving technology, it’s going to be necessary to lift the lid on these batteries and make the next generation more planet-friendly and efficient than their predecessors. Peering inside the battery is only possible with the most sophisticated suite of characterisation instruments. Techniques range from mass spectrometry to thermal analysis and electron microscopy.

At the most basic level, batteries are composed of two electrodes – the negatively charged anode and the positively charged cathode. Then there’s the electrolyte, through which the crucial ions flow. As the ions flow, electrons pass through an external circuit, providing power. In a lithium-ion rechargeable battery, there is also a separator that allows ions to pass through it but keeps the electrodes well away from one another.

Cobalt is a problematic element. Its chemistry is great, its provenance less so

One place to start in improving battery performance and sustainability is in the cathode. In the lithium-ion battery version pioneered by Nobel laureate John Goodenough the electrodes are made from lithium cobalt oxide. And most commercial batteries use some form of cobalt-containing cathode. But cobalt is a problematic element. Its chemistry is great, its provenance less so. According to the United States Geological Survey2, cobalt is a relatively scarce element, and reserves exist mostly in the Democratic Republic of Congo (DRC). Mining here is extremely problematic, with accusations of human rights abuses, including child labour and dangerous working conditions.

For these reasons, researchers are working hard to make alternative cathode materials that out-compete the traditional lithium cobalt oxide cathodes in terms of how well they work and also how much, or how little cobalt they contain. Detailed characterisation is essential to understand how these new and innovative materials perform. 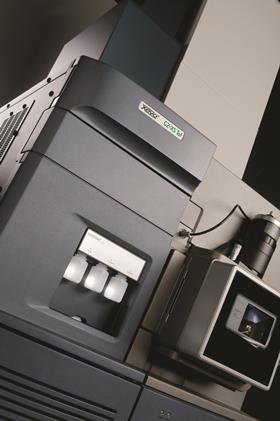 Research efforts go well beyond tweaking the composition of current cathodes and include the formulation of new high-performance materials. With the help of the Waters Xevo G2-XS QTof mass spectrometer, Yongzhu Fu and colleagues at Zhengzhou University in China showed earlier this year that a promising new class of compounds, organosulfides, could be successful cathode materials in rechargeable batteries3.

While organosulfides are a tempting alternative as a cathode, they have some serious limitations including poor conductivity and solubility in the electrolyte to name a few. Fu’s team overcame this with tin- or cooper- benzene-1,2-dithiolato complexes. They found that making these complexes with metals gave another dimension to the organosulfides – making them less soluble and able to pack energy into them thanks to the metal centres. Only by detailed characterisation was this system properly understood. The power of the QTof mass spectrometer can be further enhanced when it’s lined up with a chromatography system, which enables gathering of unique insight into the electrolyte says Stumpf.

We can give niche insights into the electrolyte

Analysing these distinctly different phases in one shot is not easy. A gentle, atmospheric pressure gas chromatograph (APGC) delivered ions from the electrolyte to the Xevo G2-XS QTof mass spectrometer, which has been developed to unpick the most complex of samples with high resolution. Over a series of 200 charge/discharge cycles, this kit could see how the electrolyte was degrading by pinpointing the formation of certain degradation products. Coupled with powerful analytical software and the in-depth chemistry of the electrolyte as it was working could be followed in a single instrumental set-up. The potential to understand how electrolytes work and test new systems like this is promising for making more efficient and well-understood batteries. ‘We can give niche insights into the electrolyte,’ says Stumpf. 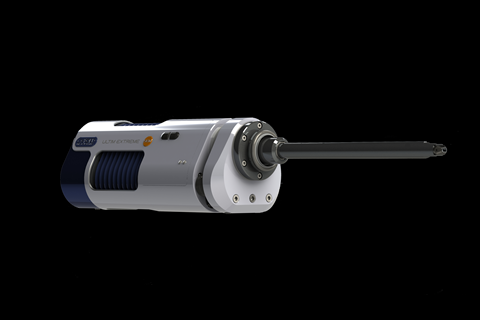 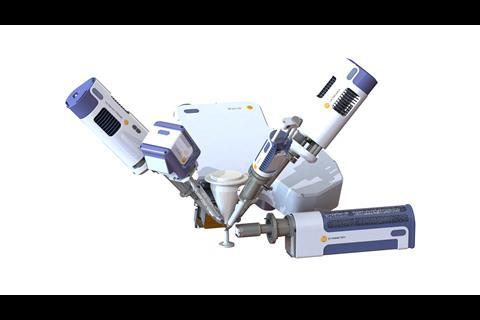 Turning to the anode, to get the most energy out of a lithium-ion battery, theoretically lithium metal would be the ideal material to use. But lithium is so reactive that the practicality of using solid lithium has seen it overlooked in favour of graphite in most commercial rechargeable batteries. Lithium metal can form dendrites – tiny fingers of lithium that grow into the battery electrolyte – which can cause runaway reactions and fires. But by calming things down with a passivation layer on top of the lithium metal, these anodes are looking more promising. But that passivating layer poses a characterisation problem as well.

Scanning electron microscopy of the anode surface is the best way to understand what happens, but preparing a lithium-based sample, in-situ is a huge challenge. Late last year, however, a team led by Karim Zaghlib at McGill University in Montreal, Canada, which included 2019 Nobel prize winner John Goodenough, at the University of Texas at Austin, made an important step forward5.  Using an SEM fitted with Oxford Instruments (OI) EDS and EBSD detectors, the team was able to analyse a lithium/magnesium alloy at high temperatures in a next-generation battery technology – a solid state battery. This alloy forms a passivation layer and by using OI’s in-situ detector, the team managed to track the alloy as the passivation layer formed. OI’s Ultim Extreme detector, which can detect low-energy x-rays, was awarded the Queen’s award for enterprise in 20196.

As the temperature was raised, they could see that the passivation layer remained unchanged even as the alloy it was protecting melted. This critical insight into the material behaviour will help make safer lithium-metal based anodes that avoid runaway reactions and short circuits.

Atomic force microscopy is another powerful tool. And OI’s Cypher Electrochemical Cell AFM was used by a team in Germany to look at different formulations of a polymer-gel electrolyte while they were working, to see what happens to the passivating layer as it’s formed. They could track mechanical stability, thickness and morphology of this layer in each different formulation to see which would work best in a working battery. The entire AFM can be housed inside a glove box, OI’s Christan Lang explains, allowing a whole host of interesting imaging while a battery is in use, he says.

Characterisation isn’t limited to mass spectrometry and microscopy. NMR spectroscopy can help to spot impurities in electrolytes or track reaction products to see how battery components change during their working lifetimes and is a growing field in battery research. OI’s range of benchtop NMR spectrometers and analysers are already in use in research groups.

Characterisation technologies can offer an analytical perspective on R&D, manufacture and recycling. This latter point has a big role in battery development. Recycling plants are big, dirty places. Having a state-of-the-art mass spectrometer in there to test old batteries makes no sense. ’Recycling needs to be stitched in sooner,’ says Stumpf. All the analytical techniques being used to aid design of better battery components will be critical to future efforts to make sure that batteries are recycled efficiently. Knowledge of how a battery might change in its useful lifetime is going to be key to figuring out the best way to re-use it.

To reach the sustainable society that our planet needs, batteries will no doubt be a driving force. But working quietly, heroically behind the scenes are the often forgotten analytical instruments providing the crucial data needed to get those batteries working better, being made with more sustainable materials, and recycled or reused to the best of their ability.

In partnership with Waters Corporation and Oxford Instruments, we are delighted to offer two packs of free resources on lithium ion batteries.