There’s a point when you’re mid-air above one of the world’s oceans that you lose all ability for coherent thought. The in-flight entertainment has become boring; the tiny legroom isn’t particularly soporific; the laptop is out of juice and work isn’t an option. All you end up doing is staring at that plane on a floaty 3D globe, watching as you inch ever-closer to your final destination, pondering just how massive your carbon footprint must be. 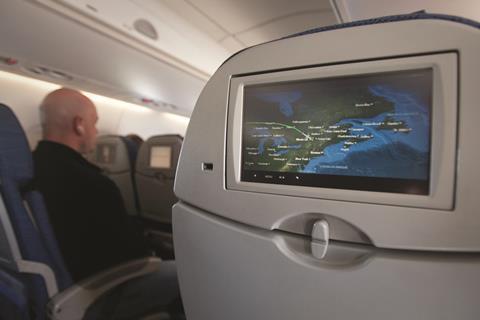 In the past year, I’ve racked up around 50,000 air miles. A brief look at the International Civil Aviation Organization’s carbon emissions calculator reckons I contributed some 8040kg of CO2 to the global warming problem in the past year alone – effectively doubling my annual carbon footprint. But virtual meetings, webinars and offsetting are imperfect at best compared with attending a scientific conference in person. What can we do?

The Tyndall Centre for Climate Change Research has a few ideas. Much of it is a pledge to be a little more climate-aware, but there is also a handy decision tree. It basically boils down to three questions: why are you going in the first place (you could also ask whether another colleague would be better to ensure a wider diversity of voices attending)? Do you have to fly (rather than take a train)? And can you package the trip up with other work activities to minimise your footprint?

Helpful advice, but, I suspect, not enough. A quick poll on Twitter showed that 74% of chemists had never turned down a conference or used an alternate method of transport to get there. We still place emphasis on face-to-face contact. So far in 2018 I’ve seen someone reject a chemist from a panel ‘because I’ve never met them’ and, conversely, made a contact with someone over canapés who had not answered any of my emails. At the moment, it doesn’t seem like there’s an alternative to the long-haul meeting. If you can think of one, let me know; I’ve seen enough in-flight globes for a lifetime.