How to get your research published

Writing your first paper can be daunting: here are five top tips

Publishing her first paper was ‘a huge sense of relief’ for Michaella Kapnisi, who has just completed her biomaterials PhD at Imperial College London, UK. ‘I spent so many years with that expectation and the worry that it wouldn’t quite make it, so to finally see it published is a really amazing feeling of accomplishment.’ 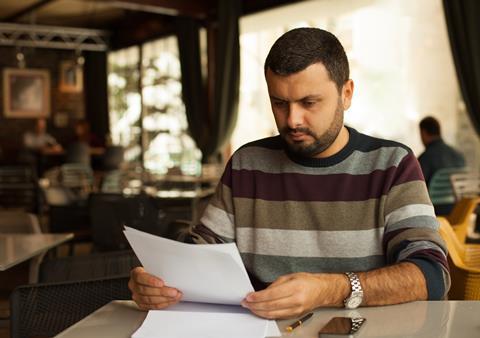 It’s a feeling every academic wants. So how can you ensure your research gets published?

First, you need to make sure your research is actually understood. ‘Its all about [creating] a story,’ says chemist Kevin Plaxco from the University of California, Santa Barbara, US and author of a commentary on how to write science papers. ‘The whole endeavour of science is communicating ideas and models about the universe. The communication is a big part of it – and we humans communicate by stories, not just a jumble of facts.’

You also need to think about your audience – who will be interested? Just a sub-set of chemists or a wider scientific audience? Knowing this will help you to decide where you want to publish and what to include. There are countless journals (the Royal Society of Chemistry [RSC] alone publishes 44), and while everyone wants a paper in Nature or Science, it pays to be selective. ‘I tend to hammer my less experienced students to narrow their story,’ says Plaxco. ‘They tend to want to go too broad and put too many ideas in the paper.’ But while the focus should be narrow, Plaxco also advises thinking about how to write for an audience who may not be familiar with the concepts in your field. ‘Don’t use jargon and explain things more simply.’

May Copsey, executive editor of RSC journal Chemical Science, agrees – even for a specialist scientific paper. ’Don’t assume whoever is reading the paper has the same level of knowledge about the work as you do.’

Starting to write is often the most difficult part of the process. ‘Coming up with a list of “topic sentences” is a great way to outline your whole paper,’ Plaxco suggests. These are usually the first sentence of each paragraph that identifies the main idea. Kapnisi suggests starting one step back – by starting to map out the paper even as you’re finishing the work. ‘Think about the layout of the paper and the figures you are thinking of putting in long before you are ready to write,’ she recommends. ’It helps you guide the experiments that you are doing.’

Using the passive voice was once a rigid rule for academic writing – the idea was to imply objectivity. But this is now considered old fashioned. ‘The approach to writing style has relaxed a lot over the last few years,’ notes Copsey. ’Certainly in RSC journals we tend to allow authors to write with their own voice and we won’t adjust tone or style in the way we once did.’ First-person pronouns (I, we) are making a comeback, but the best way to find the right style is by reading other articles and picking out the ones that you find most engaging. The RSC has free resources and advice for authors on how to write and structure articles.

You don’t have complete freedom, however: academic writing has distinct features and language needs to be chosen with precision. For example, says Plaxco, the word ‘show’ can have two meanings: ‘demonstrate’ or ‘suggest’. ’Those are very different concepts and I don’t want the reader to have to pause and think about which one is meant.’

Chemist Leah Witus has just published her first paper as a principal investigator at Macalester College, St Paul, US. She says academic writing also needs to be measured in tone. ‘It’s a balance [between] not over-selling the work but also trying to describe how significant it is.’

But selling is part of the process. Rejection rates for a journal like Chemical Science are typically around 85%. ‘The important thing is to be able to take a step back and address [rejection] in an unemotional way,’ says Copsey.

Witus says her recent paper had initially been rejected but she felt it was important to be persistent and resubmit to another journal. But if you go down that route, make sure you’ve made the changes previously advised. ‘It’s extremely common for papers that do go to lots of different journals to eventually come up against the same reviewers,’ says Copsey. ’It happens more often that you might think! So if you haven’t addressed reviewers’ comments from an earlier peer review process, beware.’

Publishing your first paper will feel great. But will anyone read it? ‘There is such a huge growth in the number of articles being published,’ says Copsey. ’Anything you can do to raise its visibility is valuable.’ Promoting your own work through social media can really help. ‘If you share your article online through social media and you include the journal in your tweet, the chances are they will retweet it for you,’ she adds.

Ultimately, writing well is about experience and practice. Plaxco recounts that his students are always surprised that he can edit in minutes what has taken them a whole day to write. ‘I always say the same thing – it’s the first 70 or 80 papers that are the hardest…’