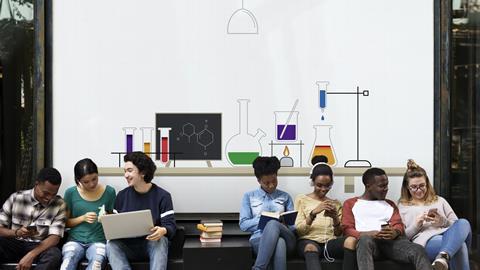 US university diversity scheme to learn from UK experience

A UK programme that recognises the progress of universities in advancing the careers of women in science, technology, engineering, maths and medicine (Stemm) is being piloted in the US. The UK initiative, known as Athena Scientific Women’s Academic Network (Swan), has been linked to government funding, and the same could happen with its US counterpart.

The US programme, dubbed Stem Equity Achievement Change (Sea Change), is expected to be rolled out in October, and it will go beyond gender to focus on underrepresented groups like racial minorities and people with disabilities. The American Association for the Advancement of Science (AAAS) is the host organisation for Sea Change, and eight or nine US institutions are expected to participate in the upcoming pilot.

Like its decade-old UK predecessor, Sea Change will have a panel that determines which institutions are given bronze, silver or gold awards to recognise excellence in practices that advance and promote these underrepresented groups in science and technology. These decisions are based on data collected and analysed by staff at the applicant institutions to identify gender and diversity issues within their organisation and then plan how to tackle them.

Shirley Malcom, who directs the AAAS’s education and human resources programmes, says Sea Change will serve as ‘a mark of distinction’. It will recognise US institutions that have worked to foster an environment ‘supportive of all kinds of people coming from all kinds of backgrounds who are trying to be successful in these scientific fields’, she adds.

The AAAS wants to work with various professional societies to help Sea Change put in place structures to examine diversity within the science departments of US universities. ‘We would be looking, for example, at professional groups in physics and chemistry and geoscience to look at their own departments,’ Malcom tells Chemistry World. ‘There has not been a reach out yet to the chemistry community, but there will be.’ Thus far, AAAS is only working with the American Geophysical Union on the project.

Malcom says it’s important that Sea Change be backed up with the sorts of monetary incentives that exist in the UK version. However, she points out that such decisions are up to funding agencies, foundations and other donors, not the AAAS.

The UK National Institute for Health Research (NIHR) requires that medical schools applying for biomedical research funding hold a silver Athena Swan award. Although Research Councils UK does not directly link Athena Swan to funding, it explicitly states that grant recipients must ‘provide evidence of ways in which equality and diversity issues are managed at both an institutional and department level’, and recommends participation in Athena Swan.

Nilanjana Dasgupta, director of faculty equity and inclusion at the University of Massachusetts Amherst’s college of natural sciences, says that Sea Change will not be truly effective unless its ties federal agency research funding to the inclusivity of a university’s science and technology departments.

‘Institutions can report where they currently stand, but they need a carrot, or carrots, to move the needle from where they are at to a better place,’ Dasgupta tells Chemistry World. ‘If the recognition is linked to some national standard and also linked to access to resources that are otherwise not available, then those two things will make this more likely to be a mechanism that will bring about institutional change.’

The president of the US National Organization for the Professional Advancement of Black Chemists and Chemical Engineers, Emanuel Waddell, agrees. ‘The lack of diversity is a threat to long-term growth that has been well-established,’ he states. Waddell, who is the associate dean at the University of Alabama in Huntsville’s college of science, calls any effort to make research dollars dependent on an institution’s diversity metrics ‘a step in the right direction’. He adds: ‘I don’t see any problem with that approach, in terms of limiting access, because you have to apply some leverage somehow.’