Source:  Royal Society of Chemistry, with thanks to the Royal Institution

‘I originally turned it down.’ Saiful Islam chats easily about what could have been a huge mistake. The Royal Institution (RI) had approached the materials chemist about hosting the 2016 Christmas lectures. ‘They sent me an email out of the blue that I’d been nominated,’ he recalls. ‘I replied that I was flattered and honoured, but I knew it would take a lot of time, and my research was going very well…’ 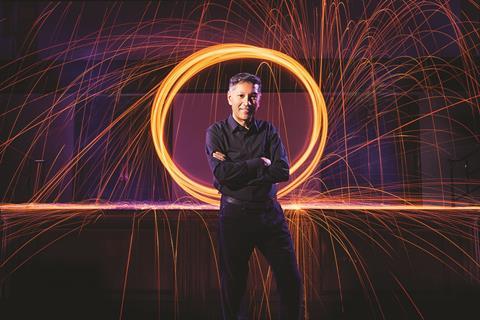 Fortunately, Islam was persuaded to speak to the RI and TV production team Windfall Films. ‘Within that meeting, someone said that if I declined I might regret the decision for the rest of my life. And I was reassured that there’s a lot of support – it’s not like giving an invited plenary lecture.’

The meeting persuaded Islam to take on the honour of presenting the most famous outreach event in science, joining a list of scientific greats in presenting the event: from one of his scientific heroes Michael Faraday to household names such as David Attenborough, Carl Sagan and Danielle George.

Now, days away from the first of his three hour-long lectures, he reflects how far he – and the lectures – have come. ‘I grew up in Crouch End, north London. It’s overlooked by Alexandra Palace, which I’ve discovered is where the first BBC TV broadcast of the Christmas lectures occurred in 1936. The first bit of science on TV.’

That broadcast wouldn’t have occurred without Islam’s topic: energy. It’s a subject he’s loved since completing his PhD at University College London, UK. ‘Near the end of my PhD the discovery of high temperature superconductors came on the scene. That was the first time I became really passionate about the science I was doing.’

Based: University of Bath, UK

CV: BSc and PhD, University College London, postdoc at Eastman Kodak labs, New York, US, followed by lectureship at the University of Surrey

Today, Islam is a professor at the University of Bath, UK, and has combined his personal interests in progressive societies and advanced materials to work on materials for lithium ion batteries and solar cells. His current research focuses on solid state batteries and the potential of sodium-ion batteries. It’s this expertise that he hopes to translate to the audience.

‘People know the word energy,’ he says, ‘but there’s quite an enticing story about something that’s invisible and yet drives everything around us, from our bodies to mobile phones to cars to all the stars in the universe. But you can’t create or destroy energy, you can only transform it from one form to another. It’s getting across the journey of these transformations.’

The lecture series – Supercharged: fuelling the future – is already largely planned out and, as the 80th anniversary of the BBC broadcasting them, some special guest appearances are likely. ‘I can’t name names,’ Islam teases, ‘but hopefully there will be a few household names appearing.’

The fun of science 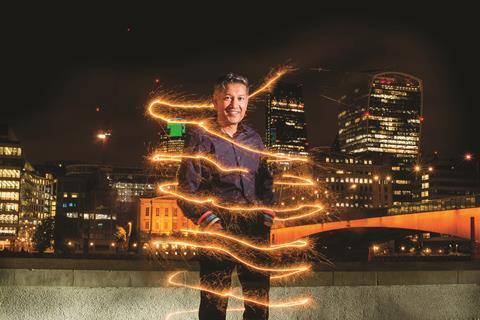 Islam is keen to make sure that the event is entertaining as well as engaging. He has already received an email from lithium-ion battery inventor John Goodenough, he says, urging him to ‘have fun with the lectures – fun is contagious’. It’s advice he intends to take, viewing the talks as an opportunity to show the exciting world science can offer.

‘I’m naturally an optimist,’ he says. ‘And it’s a fantastic time to be a scientist. There are great opportunities for the younger generation to make contributions to scientific advances. Science can be tricky and hard, but there are tremendous rewards. I want that younger generation to understand that pursuit of science and gathering evidence is the proper way to unravel the mysteries of the universe around us. It’s full of exciting discovery.’

He is also keen to emphasise that this world is open to all. Born to Bangladeshi parents, Islam grew up in London facing racist abuse and assaults. As a former member of the Royal Society’s diversity committee, he hopes that he can inspire children facing prejudice with his own story.

‘We want to exploit the talents of all regardless of gender, race and background,’ Islam explains. ‘I don’t know if I will be a role model, but if I did encourage more younger people from all backgrounds to follow science, I’d be very thrilled about that.’