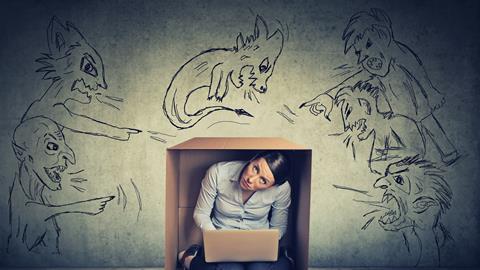 The unspoken problem with sci comm

Warning: beware of the troll

Last month, a quartet of scientists ventured on to news aggregation site Reddit to share their latest science communication adventure. Physicists Jess Wade and Lia Li, chemist Claire Murray and historian Alice White wanted to share how they were making women in Stem more visible on Wikipedia. The quartet are eminently qualified scientists who improve the world’s most popular encyclopaedia in their spare time. None of them were ready for the response they received.

Their attempt at outreach quickly devolved into battling back against a sewer of misogyny, hostility and dismissive sneers. Rather than being able to talk about how women are being totally overlooked on Wikipedia (and they are), they instead found themselves fending off personal attacks from people uninterested in the scientific consensus. They ended the evening shocked and close to tears.

Their Reddit welcome isn’t an isolated incident. Science communication is often presented as a golden chance to tell the general public what’s really going on, supported with pictures of audiences listening enraptured by the speaker. In reality, you need a willing audience, one that is open-minded enough to appreciate the scientists’ expertise. You can’t reach a closed mind convinced the Earth is flat, global warming is ‘fake news’ or that a young black woman from a developing country has the same opportunity for success as an old white man from western Europe. These encounters can be draining, disheartening and, when you’re caught up in a whirlwind of harassment, disorienting. Worse, there’s no cure. Facts are ignored; reason is out the window; defensiveness is reframed as science attacking the public.

The worst thing that can happen is to submit to the trolls’ desires and fall silent. Instead, we need to recognise that science communicators – especially women or those from minorities – are at risk. We need to improve the support options available to them and, as always, ensure that funding is there to help ease some of the invisible burdens of outreach (such as childcare costs). Finally, for those who are attacked, there’s one thing you already know that cuts through all of the venom and bile: you aren’t doing it for the haters, you’re doing it for the young girl who otherwise would grow up convinced she isn’t good enough to do science.