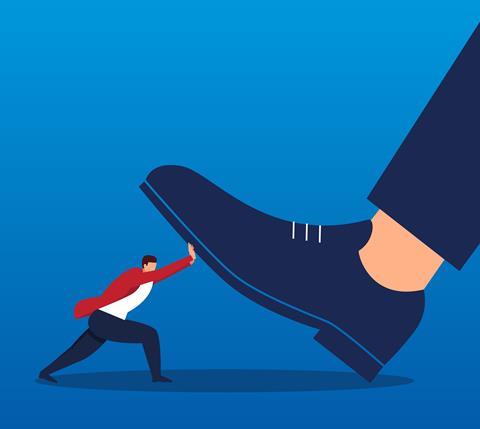 Bullying and harassment keep on making the news. Academia hasn’t escaped censure either as a number of institutes and individuals around the world have been named and shamed. Those who once suffered in silence now feel emboldened to speak out. There’s change in the air.

Harassment and bullying have long gone under the radar. It can be hard to prove, harder to win in court and, often, one or other of the individuals involved – bully or bullied – leaves quietly. But the high profile resignation of Nazneen Rahman, a prominent cancer biologist at the Institute of Cancer Research in London, UK, after allegations of bullying (her institute has stated she had a case to answer on some bullying claims, while she continues to deny them) shows that people are now more willing to go public.

So how can some senior scientists get away with bullying for so long? The heart of this problem is a power imbalance. Young researchers are fighting for jobs at universities. Competition can be fierce and, once you have the job, horror stories abound of expectations to work harder, take fewer holidays, and spend more evenings and weekends in the lab. Disturbing news recently came out of the US of postdocs sleeping on lab floors and threats made to withhold visa renewals. This is possible because either those with power are abusive or those without it feel they are trapped. They need to give more to get more – better projects, recognition, letters of recommendation – but they are giving (and are being asked for) too much.

Of course, the vast majority of scientists are understanding, supportive and help advance the careers of those who work with them. And they feature regularly on this site. They should be the role models for scientists everywhere.

But abuse does happen and the powerful do take advantage of the vulnerable. The cultural change that’s filtering through now is to recognise this as everyone’s problem to solve – not just the institute where the bully or harasser works. Organisations have the power to curtail bad behaviour and they are starting to flex their muscles. The Royal Society of Chemistry has just announced it will be setting up a bullying and harassment helpline, among other measures. The Wellcome Trust cut Rahman’s £3.5 million grant after the bullying claims emerged. Now is the time for funders and other scientific organisations to join up with their natural allies – the supportive researchers who cultivate the next generation of talent. Together they can create an inclusive culture that doesn’t tolerate bad behaviour. Together they can show those found to have bullied and abused their colleagues that this isn’t acceptable – and that actions have consequences.