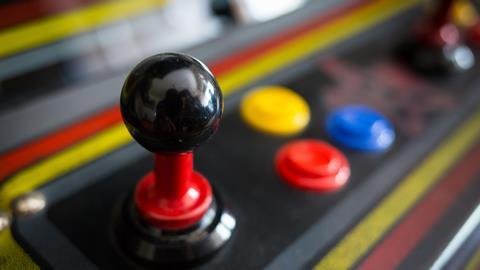 All fun and games

The gamification is harnessing an untapped army of citizen scientists

How much time have you wasted playing Tetris, Minesweeper, Candy crush saga, or Angry birds over the years? Many of us play simple computer puzzles to relax and take our minds off real life problems. Collectively, on our smart phones alone, we do this for an estimated 1.15 billion hours each month. But what if, rather than playing aimless games, we could divert this time and effort into solving scientific problems?

This is exactly what ‘games of purpose’ are doing. The gamification of science is now a serious endeavour – and the contributions of their non-professional and untrained players is leading to important scientific results and multiple publications.

The trend is strongly linked to the citizen science movement, which has been growing over the past 20 years and aims to democratise science by involving untrained members of the public in scientific discovery. Gamification is also linked to distributed computing – using the idle computer processing resources of volunteers’ computers to perform calculations that are reintegrated into a central server. Labs have been doing this since the early 2000s.

The team behind Galaxy zoo ‘are the pioneers’, according to Rhiju Das of Stanford University, US. ‘When we were designing [our games], we were explicitly looking at lessons learnt from their efforts.’ Founded by University of Oxford, UK, astrophysicist Chris Lintott in 2007, the web-based game asks visitors to its website to view distant galaxies from telescope images and classify them accordingly. It didn’t take long for Galaxy zoo to realise people had the ability to detect things that computers will miss: less than a year after launch, a player identified a completely unknown astronomical object – a huge hot cloud of gas, called a quasar ionization echo. Now celebrating its 10-year anniversary, to date Galaxy zoo has identified 125 million galaxies and spawned 60 scientific papers.

In the chemical science, one of the most successful games is FoldIt, which Das worked on. Launched in 2008 from the University of Washington, US, today it has over 500,000 registered players ‘solving puzzles for science’ by manipulating the shape of proteins. The game was developed from an existing distributed computing project Rossetta@home, whose software to predict and design 3D protein structures still underpins the game. However, co-founder and biochemist David Baker explains, ‘it looked like the computer wasn’t being efficient and missing things, so we created FoldIt to enable people to guide the course of the calculations.’

Since working on FoldIt as a postdoc, Das has launched his own game, EteRNA, with computer scientist Adrien Treuille of Carnegie Mellon University, US. As with proteins, RNA molecules have complex secondary and tertiary structures leading to structural motifs including hairpins, bulges and loops. Understanding and predicting how RNA codes translate into 3D structures lends itself to a gaming approach, but Das saw opportunities for an additional element: ‘it turns out that it’s really easy to synthesise RNA of arbitrary sequences, so it created the prospect of including experiments as part of the game play,’ he says, effectively crowd sourcing ‘the entire scientific method’.

As of 2016, EteRNA had about 100,000 registered players. The game allows players to create code for new RNA molecules and each week the best designs, chosen by the gaming community are synthesised in Das’s lab, to see if the models actually fold as predicted and have the required biological activity.

‘For the first few rounds, most of the designs that came in were total garbage,’ Das recounts. ‘But after about two or three months players just started out-performing any of the [design] algorithms we were using or any of our expert hand-crafted designs.’ The finding that humans can collectively beat a computer algorithm at designing RNA sequences was published in 2014, with 37,000 EteRNA players as co-authors.1 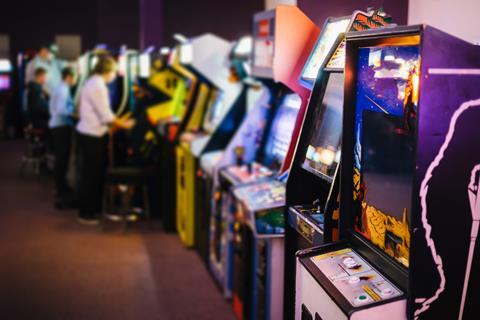 So who are these players, and why are they choosing science games? ‘There are a lot of great games out there that have amazing graphics and awesome gameplay,’ says Amy Robinson Sterling, executive director of neuroscience game EyeWire. From its 2012 start, it has grown to over 200,000 players from 150 countries, which means at any given time 8–50 people are online. With a background in crowdsourcing projects, Robinson Sterling joined EyeWire after meeting its founder, Princeton University neuroscientist Sebastian Seung, at a TED talk. The game involves mapping connections between neurons in electron micrograph brain images – but recruiting and retaining players was a big challenge. ‘Some of our players play other citizen science projects, but about three quarters of them are gamers who don’t,’ Robinson Sterling explains. That meant that the games had to use the traditional approach of motivating players by allowing them to accumulate points, solve difficult challenges and compete against each other. However, science projects have a trump card that the gaming industry would kill to have, argues Robinson Sterling: a sense of purpose. They also have a collaborative, community-driven aspect. ‘That’s definitely something that keeps people around,’ she adds. At EyeWire, they also place a high importance on interaction with players and organise regular lab chats. ‘Our gamers are curious about the brain and they want to understand how it works.’

Brian Koepnick, a postgraduate student in the Baker lab responsible for interacting with FoldIt players, says the players choosing science games seem to be a diverse group. ‘We have players from around the world, in all time zones from very disparate backgrounds. [Players] like to feel they are contributing to current state of the art research. Some players actually have very personal motivations, [such as] they have a family member with a particular disease that we are researching.’

At Stanford, EteRNA players have started holding their own ‘EteRNAcon’ conference – and the crowds in attendance support Koepnick’s estimate. ‘We know the players range in age from about 16 years old up to their 70s. Roughly a third of attendees were female, and the players come from all professions and all walks of life,’ explains Das. ‘Many folks who have come into EteRNA didn’t have any desire to understand molecular design or molecular biology, but I think they get hooked by the experimental data – it’s a kind of privilege to have access to state of the art experiments.’ 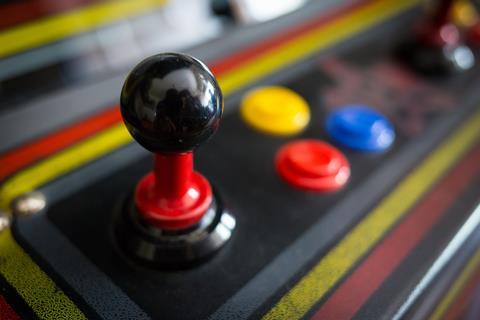 But before jumping into the world of games, the time and effort needed to run a successful science game should not be underestimated. ‘It is a huge effort to run a project like this, it’s expensive and you need a dedicated team,’ says Robinson Sterling. Koepnick agrees; his team spends a great deal of time either maintaining FoldIt code or posting weekly puzzles, the results of which he tests with experiments.

But big efforts spawn big rewards, both in terms of high profile publications and problems solved. In 2011, FoldIt solved the structure of a protease from the Mason–Pfizer monkey retrovirus, which causes HIV/AIDS2 and whose structure had eluded scientists. ‘We thought we would challenge FoldIt players and within a week they gave us a model that explained the data,’ says Koepnick. In 2012, FoldIt gamers created a difficult to find enzyme catalyst for Diels–Alder reactions: they re-engineered a computationally designed version by adding 13 amino acids and increased its activity by more than 18 times.3

The story is similar with EteRNA. ‘Last year we had a great paper – the two lead authors were players and they had no prior experience in the biosciences.4 That’s an unusual phenomenon, and it’s continuing,’ says Das.

So can any scientific problem be turned into a game? ‘There has to be a single quantity which can be the score, and a way that making the score better helps solve the problem,’ says Baker. Das says experiments should be completed on a weekly or monthly basis, and ideally be parallel to obtains large amounts of data. However, Das adds, while this works for a lot of current bioscience, it isn’t suitable for chemical problems such as organic synthesis. ‘If I came up with an amazing new small molecule drug on a video game, it’s not going to be feasible to synthesise hundreds of thousands of those per iteration.’

But looking at the sorts of non-scientific games people play – from truck and train driver simulators to farming games such as Euro truck simulator and Stardew valley, it’s easy to believe almost anything could become a game. ‘The game involves buying crops and having them grow, and yet they are strangely addictive and fascinating and they run on timescales of weeks to months,’ adds Das.

The introduction of science games for smart phones is another new development. In 2016, a team from the University of East Anglia and University College London launched a smart phone game, Sea hero quest, designed to better understand our spatial navigation skills. The game was designed to benchmark normal navigation processes to ultimately help researchers create adapted environments for those with dementia.

More than providing knowledge itself, the gamification of science is questioning the fundamental way science is done and who gets to call themselves a scientist. For many players, they games are simply fun and compulsive. And who knows? In the next 10 years perhaps even more won’t be simply crushing candy or exploding pigs on their commutes home – they could be making the next scientific breakthrough instead.