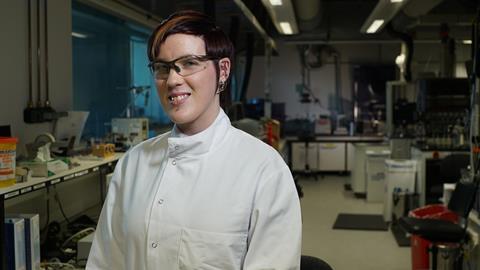 Editor: We recognise the tobacco industry is a controversial subject for many readers. However, many chemists work in this field and we are committed to providing an accurate representation of career paths. This article aims to provide an insight into a chemist’s working life and should not be interpreted as an endorsement of the tobacco industry.

‘A lot of people don’t realise how much science goes into what we do,’ says Jenni Hawke. She is a sensory scientist at British American Tobacco (BAT), a global tobacco company that employs around 1500 scientists at its R&D centres in Southampton and Cambridge.

Hawke works as part of a group charged with developing alternatives to regular cigarettes – so-called next generation products, such as e-cigarettes. Hawke and her fellow sensory scientists act as a bridge between BAT’s R&D and its consumers, managing panels of volunteers to obtain qualitative and quantitative feedback on new product designs.

Although many of her colleagues have qualifications in sensory science, Hawke arrived via a non-linear route. She obtained an undergraduate and masters degree from Cardiff Metropolitan University, both in biomedical sciences. Her masters research looked at the relationship between air pollution nanoparticles and cardiovascular disease. In 2010, after graduating, she joined BAT as a contractor on a year-long contract in the aerosol analytical team. ‘When I saw the job advert I just clicked with it,’ explains Hawke. ‘It was an opportunity to develop my knowledge of the physical chemical sense of the aerosol; the opposite perspective to how I’d seen it during my biochemical masters.’

When smoked, tobacco breaks down to form a complex dynamic aerosol that can be easily inhaled. By contrast, the liquid in e-cigarettes produces a vapour with a relatively simple composition. The team that Hawke first joined is responsible for characterising the chemical and physical attributes of these aerosols. This data helps improve understanding of the difference between smoke and vapour and the resulting difference in risk, as well how the products are used. 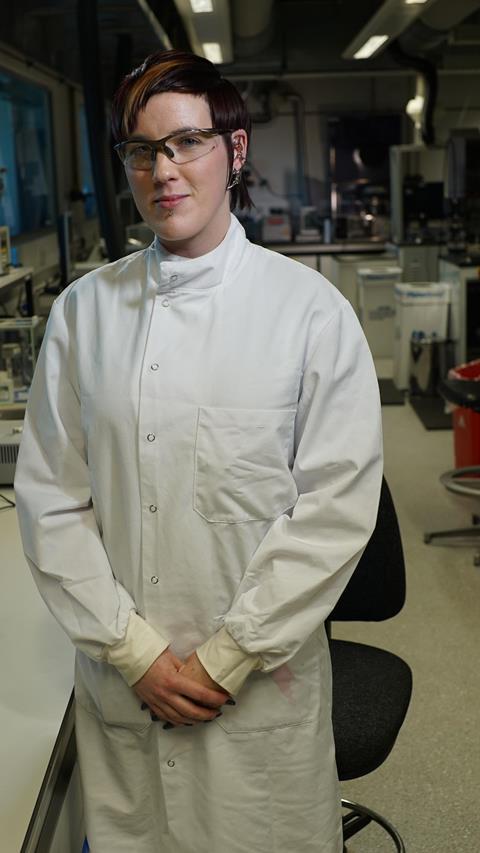 In 2011, Hawke became a permanent member of BAT’s aerosol team. She went on to specialise in soft photon-ionisation time-of-flight mass spectrometry, an instrument for which she is still the technical expert. One of the projects she participated in while in this team involved monitoring volunteers as they smoked. Her role was to measure the physical and chemical characteristics of the inhaled and exhaled smoke, but she found herself interested in behaviour observation. In February 2016 she jumped at the chance to join BAT’s sensory team, a role that is now permanent. Currently she is working on a project aiming to extend the scope of BAT’s sensory volunteer panels.

Aerosols play a large role in the sensory experience, and Hawke constantly leans on her chemical knowledge in her current role. An aerosol’s composition, shape and size will affect the smell and taste of the smoke or vapour containing it and also its ‘mouthfeel’: a term more often associated with alcohol tasting which describes the physical and chemical interaction of something with the mouth.

Other non-chemistry components vital to the sensory experience are the look, the feel and even how they sound. ‘With e-cigarettes, the clicking noise the button makes when you press can be surprisingly important,’ Hawke says. The various reasons why consumers use such products must also be considered. ‘Some people are using e-cigarettes because they want to move away from cigarettes but others have a different reason,’ says Hawke. ‘It’s really important to understand sensory responses from all these different perspectives.’

Hawke says she joined BAT because she wanted to work in an industry that would constantly intrigue and challenge her. ‘BAT ticks all the boxes in this regard. I get to work with lots of scientists, from many different disciplines and backgrounds so I constantly feel that I am learning,’ she says. ‘The working environment is fast paced, and day to day activities are diverse.’ She also appreciates the luxury of having a number of career options at BAT. ‘I don’t feel I am limited by what specific science I studied in university,’ she explains.

The next planned step for her is a company-sponsored part-time PhD. ‘After my masters, I decided that I wanted to do a PhD,’ she explains. But rather than start one straight away, ‘I wanted to get some experience first and I felt that if I got a job then I could do my PhD through that company.’

Hawke is not a smoker herself, and likes the fact that BAT is very open about the research it does and acknowledges the controversies sounding the tobacco industry. ‘We publish, we go to conferences, we collaborate with academics,’ she explains. ‘Tobacco is a legal product for adults. So as long as I’m giving people the information that they need, and that information is robust and done to the right standards so that they can make the right choice for them, then I feel happy about that.’

Hawke says that the tobacco industry has a lot to offer young scientists looking to start a scientific career. ‘I believe that it is an exciting time for the industry. It is changing beyond recognition. Next generation products like e-cigarettes are the focus of new science, new technologies and new ways of looking at things.’