On 27 July 1914, the day before Austria-Hungary invaded Serbia and ignited the first world war, the Kaiser-Wilhelm Institute for Coal Research opened in M?lheim, Germany. Franz Fischer, its director, initially hoped to perform basic research on coal - an abundant resource in Germany. However, it soon became clear that the country did not have enough of another resource - oil - essential to power warfare in the 20th century. 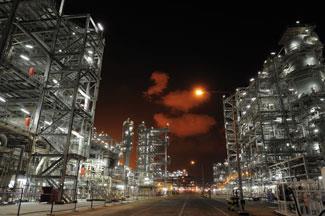 The programme at the institute therefore shifted towards converting coal to petroleum, ultimately leading to a process that has been exploited ever since. In that time the Fischer-Tropsch process, as it has become known, has been associated with two of the 20th century’s most controversial political regimes. But today its continuing use producing fuels from gas and renewable feedstocks sees the process maturing far beyond these links.

’Fischer and Tropsch were primarily concerned with putting Germany’s vast coal reserves to the best possible use,’ explains chemical historian Anthony Stranges from Texas A&M University in Galveston, US. Stranges has collected records of the scientists’ work investigating a process that catalytically hydrogenated carbon monoxide produced by coal gasification to give hydrocarbons. Previous efforts to make chemicals from carbon monoxide had been hampered by its decomposition to carbon dioxide and solid carbon that deposited onto and deactivated catalysts.

Birth of a process

These efforts didn’t pay off before peace broke out in 1919, but Fischer and Tropsch persevered, progressively replacing cerium, cobalt or molybdenum oxide catalysts previous processes had used. ’It was a hit-and-miss process with the catalysts, but they finally settled on cobalt derivatives,’ Stranges tells Chemistry World. The pair also had to manage what the historian calls the ’tremendous amounts of heat’ generated by making hydrocarbons in this way. ’It was essential that they had the temperature under control so they could carry out the reaction without worrying about apparatus deteriorating,’ he says.

By November 1935, less than three years after Germany’s Nazi government came to power and initiated a push for petroleum independence, four commercial-sized Fischer-Tropsch plants were under construction. Soon, the first four plants expanded to become nine, whose production capacity peaked at 4.1 million barrels annually by 1944. Fischer-Tropsch processes provided an estimated 9 per cent of German fuels during the second world war, and 25 per cent of its automotive fuel.

The ability to fight on that this provided Germany - despite limited oil supplies - initially attracted the post-war US government’s attention, and in turn significant investment. But by the early-to-mid 1950s oil production had expanded so much that it made Fischer-Tropsch fuels uncompetitive, and most major development work and commercial operations on the process ceased. One exception was in South Africa, whose large coal reserves were well suited to Fischer-Tropsch chemistry. State energy company Sasol commissioned its first coal-to-liquids (CTL) plant in 1955, which still operates today.

In the 1970s, oil crises originating in the Middle East drove companies to consider the process once more. Carl Mesters, chief scientist - chemistry and catalysis, at multinational petrochemical giant Shell, notes that this was when his company began to seriously look again at its brief post-war interest in synthetic fuels. ’In 1973, in line with the realisation that we might get a shortage on oil, Shell wondered what could be an alternative supply,’ says Mesters. ’We got back to the same chemistry that Fischer and Tropsch first published.’

While a resurgence of interest followed, Sasol continued to be a dominant producer, and in 1979 it commissioned two further large CTL plants. These became all the more important in the face of economic sanctions over South Africa’s racist apartheid policies, Stranges notes. ’They had no choice - they were cut off from other supplies.’

Another company to take up Fischer and Tropsch’s process at that time was Denver, Colorado’s Rentech, which emerged from the US National Renewable Energy Laboratory in 1981. ’The original idea was to focus on coal-to-liquids using iron catalyst technology, reasonably similar to what Sasol is doing in South Africa, because the US has such vast coal reserves,’ recalls Robert Freerks, Rentech’s director of product development. 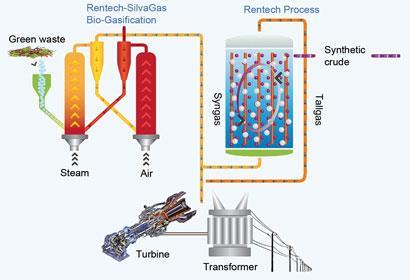 Modern CTL processes typically use iron catalysts, which are better suited to the low hydrogen content synthesis gas coal produces. Rentech does just this, exploiting the iron catalyst to raise the hydrogen content in the same way as when the process was first invented, Freerks explains. ’Our technology starts closer to a 1:1 carbon monoxide: hydrogen ratio, utilising the water gas shift to make the hydrogen for Fischer-Tropsch synthesis,’ he says. While this process has some environmental benefits, there is less interest in CTL today, Freerks admits. ’We could produce fuel with lower carbon intensity than crude oil,’ he points out. ’But CTL plants, like new modern refineries producing clean fuels, are expensive to build, and there is a reticence to use coal in the US.’

Into the 21st century

At the same time, interest in fuel efficiency was driving a shift from gasoline, which contains more unsaturated hydrocarbons and aromatic compounds, to diesel, which is a paraffinic, or saturated, fuel. Shortly after returning to Fischer-Tropsch, Shell realised that this was going on and that it meant rethinking the feedstock it used.

’For a lower hydrogen content fuel like gasoline it makes more sense if you start from a hydrogen-poor synthesis gas, typically derived from a coal source,’ Mesters says. ’If you start making synthesis gas from natural gas then it is hydrogen-rich. It makes sense to convert that into diesel, which has a higher hydrogen content.’ As a result, Shell worked through the 1980s to develop their gas-to-liquids (GTL) technology, which nonetheless retained many similarities to the German scientists’ original process, including a cobalt catalyst. In 1993 it began operating its first commercial GTL plant in Bintulu, Malaysia, which continues to produce around 14,000 barrels of synthetic fuel a day.

Shell has continued to develop its process, Mesters explains, and is today in the process of starting up the first 140,000 barrel-per-day Fischer-Tropsch GTL plant. The plant in Ras Laffan Industrial City, Qatar, called ’Pearl GTL’, is a joint  development by Qatar Petroleum and Shell. Expected to cost $18-19 billion (?11-12 billion), it will be the world’s largest source of GTL products, providing around 10 times the entire German Fischer-Tropsch capacity of 1944. ’To do something like the Pearl project, you’re trying to control a surface as small as square nanometres, the actual catalyst site where the reaction is going on,’ Mesters says. ’You also have to control the project, simply in terms of its area, on a square kilometre scale - 12 orders of magnitude difference. That is truly amazing to me.’ 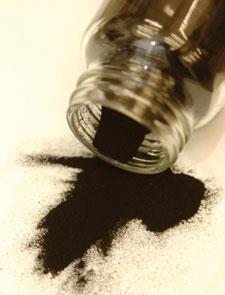 As GTL plants began to open in the 1990s, Malcolm Green and Tiancun Xiao at the University of Oxford, UK, developed a Fischer-Tropsch catalyst that would lead to the foundation of a company called Oxford Catalysts. Green originally hoped to find catalysts to couple methane to form ethane, explains Roy Lipski, the company’s chief executive. ’One of the last catalysts, instead of doing what he hoped, did something quite different,’ he says. Green’s ruthenium catalyst was particularly active for partially oxidising methane in air, providing 97 per cent yield of hydrogen gas and 96 per cent of carbon monoxide, therefore being useful for producing syngas.

Xiao replaced the expensive ruthenium catalyst with a cheaper cobalt analogue. But when BP tested this in the Fisher-Tropsch process, it soon became clear that it made the reaction proceed too quickly. ’The rate of the reaction increases the higher the temperature,’ Lipski explains. ’Unless you can effectively remove the extra heat that produces, you’re going to get a runaway reaction. The rate at which heat can be removed is limited in a conventional reactor, so they were
too active.’

At a trade show in early 2007, Oxford Catalysts found the solution to that problem in microchannel reactors, produced by Velocys in Plain City, Ohio, US. ’You’ve got more metal surface area - by which you put heat in or take heat out of the reaction - to catalyst volume,’ Lipski says. ’They enable much more active catalysts, but they need much more active catalysts in order to realise their benefits.’ After each company discovered that they had what the other needed, Oxford Catalysts bought Velocys in 2009.

The microreactor format brings Fischer-Tropsch chemistry to applications beyond those that are already well established, in particular addressing the need for greener fuels. For example, small reactors allow GTL fuels to be made from waste methane extracted alongside oil on drilling wells that would otherwise just be burnt off. ’There’s enough gas flared every year to supply 50 per cent of the EU’s annual gas consumption,’ Lipski notes. ’It’s a huge amount of gas. It’s wasteful, and it’s painful, environmentally, commercially and economically.’ Oxford Catalysts is also promoting its technology for waste-to-liquid and biomass-to-liquids (BTL) applications for producing environmentally friendly biofuels. That technology is already being tested in a 25 gallon per day pilot plant at G?ssing, Austria, to produce liquid fuel from wood biomass. 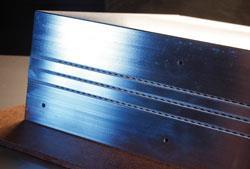 Rentech, which runs the largest existing Fischer-Tropsch reactor in the US, is also planning a BTL plant in Rialto, California, which turns the process’s heat output to its advantage. Gasifying wood biomass also produces heat in large amounts, and consequently both stages can be used to generate electricity, Freerks explains. ’You can capture that energy, produce power to run the plant and, with the right designs, produce excess power to export,’ he says. In this way Rentech can produce biomass-derived Fischer-Tropsch fuels that actually decrease overall greenhouse gas emissions by displacing coal- and gas-generated electricity from the grid, Freerks claims.

An ocean of energy

Beyond carbon dioxide emissions, oil price and fuel security concerns are mounting again. This has driven a highly unusual Fischer-Tropsch application: making jet fuel from seawater. The idea is to use carbon dioxide bound as bicarbonate in seawater, explains Heather Willauer of the US Naval Research Laboratory (NRL) in Washington, DC.

’We’ve developed electrochemical technology to get carbon dioxide out of seawater, which also gives us the hydrogen that we need,’ she says. ’Then, a modified iron catalyst takes carbon dioxide and hydrogen and reduces carbon dioxide to carbon monoxide in the reverse water gas shift, and polymerises it to ethylene and different olefins. We can then oligomerise those olefins to a jet fuel type fraction.’

Like Oxford Catalysts, the NRL is hopeful that it can exploit microchannel systems, particularly for use on a mobile platform. ’It is a high priority in terms of potentially making fuel wherever you need it, particularly as availability could change,’ Willauer explains. ’The secretary of the Navy has also set goals of becoming green and carbon neutral, and this fits right into that.’ And while Willauer admits that there is some way to go until turning seawater into fuel is a viable proposition, she underlines that progress is being made. ’We’ve scaled the electrochemical apparatus to process half a gallon of seawater a minute.’

Technology may have advanced, and the problems may be different compared to Franz Fischer’s original efforts. Yet today’s adaptations continue the spirit of that research, by providing fuel in the face of challenging restrictions, Willauer notes. ’That chemistry originated out of a need for fuel and an abundant source of coal,’ she says. ’Now we’re looking at ways to move away from coal and petroleum and take other sources to end up with fuel - a similar need, but with more constraints.’