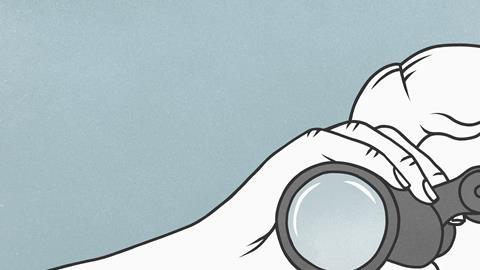 More than a thousand visiting researchers from China working at US universities have left the country since the summer, according to John Demers, chief of the Department of Justice’s national security division. This exodus comes as the Department of Justice has intensified its investigations of espionage by scientists at US institutions who are secretly affiliated with the Chinese government or military.

This summer, the Department of Justice has had at least five researchers from China arrested. They all had US visas but hadn’t disclosed their affiliations with the Chinese Communist party or military in their visa applications, Demers explained at a 2 December virtual summit of the Aspen Institute, a global non-profit think tank based in Washington DC. Those handful of arrests were ‘just the tip of the iceberg’, Demers stated.

‘Between those five or six arrests, and the dozens of interviews that the [FBI]  did with individuals who were here under similar circumstances … more than 1000 [People’s Liberation Army]-affiliated Chinese researchers left the country,’ he claimed.

It appears that those departures were in addition to about a thousand Chinese graduate and postgraduate students whose visas were revoked by the State Department back in September under a ‘proclamation’ announced by outgoing President Trump. That directive prohibited individuals from studying or conducting research in the US if they were found to have links with the Chinese government or its military.

Bill Evanina, the US government’s top counterintelligence official, said at the summit that of the 1000-plus Chinese researchers who left the US he is ‘most concerned about the graduate-level students’. These researchers all came to the US ‘at the behest of the Chinese government and intelligence services’, and are going to particular universities to study specific fields that are expected to benefit China, he claimed.

Such indictments and arrests of researchers with links to China are likely to continue, according to Demers. ‘Malign activity marches forward, and we are not going to pause for a few months,’ he said, adding that the incoming Biden administration – which will take office on 20 January – probably wouldn’t want that either. ‘There are cases that I think will come to a charging state naturally over the course of the next six or eight weeks, and we will move forward on those matters, and there are other investigations that are getting started that other folks will finish off,’ Demers stated.

The concerns about Chinese academic espionage go beyond the US. Evanina said he’s taken the recent US indictments overseas to show his European counterparts what is happening in the US. ‘That has been a big win, whether it be on theft of IP and trade secrets, to 5G, to semiconductors and nanotechnologies,’ he remarked.