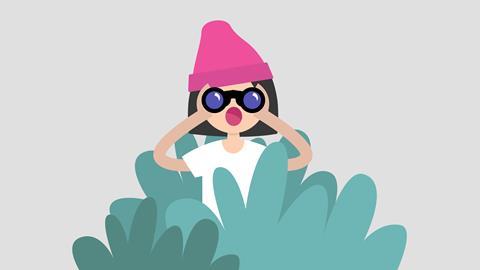 Increased diplomatic tension between the US and China is threatening academic collaboration between the two countries. The White House is concerned that America’s scientific pre-eminence is endangered by foreigners trying to steal valuable technology and intellectual property, and this is has translated into new visa restrictions.

In June, the State Department implemented tighter limits on US visas for graduate students from China who plan to study certain ‘sensitive’ subjects at American universities. Effective 11 June, the visas of Chinese graduate students pursuing robotics, aviation and advanced manufacturing are limited to one year, down from five years.

I think most people have good intentions, and those who do not do not need five years to steal

‘We have issued some additional screening instructions to US embassies and consulates to deal with certain individuals from China studying in certain sensitive fields,’ explained Edward Ramatowski, who oversees visa services for the State Department’s Bureau of Consular Affairs in Washington, DC, at a recent Senate judiciary committee hearing. He suggested that ‘undergraduates in general present a lesser risk than graduate students or postdoctoral researchers’.

The US academic research community quickly sounded the alarm when news spread about the planned visa changes, even before they took effect. ‘While apparently aimed at Chinese students in certain Stem [science, technology, engineering and mathematics] fields, this would have a chilling effect on our ability to attract international students from all countries,’ warned Ted Mitchell, president of the American Council on Education. ‘These students have been critical to research that supports US economic growth and fuels innovation.’

Science groups like the American Association for the Advancement of Science (AAAS) also expressed serious reservations. ‘To remain the world leader in advancing scientific knowledge and innovation while ensuring national security, the US science and technology enterprise must continue to capitalise on the international and multicultural environment within which it operates,’ said Rush Holt, the chief executive of the AAAS. ‘Where specific and confirmed espionage is occurring, action must be taken, but obstructing scientific exchange based on non-specific concerns that could be applied to broad swathes of people is ill-conceived and damaging to American interests,’ added Holt, who is a former congressman and physicist.

The US visa policy changes didn’t come out of the blue. A White House national security plan, published in December 2017, announced that the Trump administration would review visa procedures to ‘reduce economic theft by non-traditional’ intelligence gatherers. ‘We will consider restrictions on foreign Stem students from designated countries to ensure that intellectual property is not transferred to our competitors, while acknowledging the importance of recruiting the most advanced technical workforce,’ the White House strategy states.

Jack Marr, an international business professor and east Asia expert at Boise State University, US, suggests that efforts to limit Chinese students and skilled personnel are excessive. ‘I think most people have good intentions, and those who do not do not need five years to steal,’ he tells Chemistry World. ‘It takes a long time to create anything of value so kicking people out when they are just getting their feet wet makes little sense to me.’

Concerns were voiced on Capitol Hill in recent months about US universities being particularly vulnerable to theft of valuable intellectual property, including research data, by hostile foreign governments like China. At a congressional hearing of the House of Representatives’ science, space and technology committee in April, witnesses urged US academic institutions to do more to protect their researchers’ work, as well as their scientific assets. Democratic and Republican leaders echoed these sentiments.

News reports of academic and technological espionage in the US abound. The US Department of Justice (DOJ) indicted nine Iranian nationals in March for breaking into university computer systems and stealing billions of dollars in information and intellectual property. They allegedly stole more than 31 terabytes of documents and data from more than 140 US universities, as well as 30 American companies, five US government agencies and more than 176 universities in 21 other countries, including the UK. These individuals specifically targeted universities engaged in science, technology and medical research, and the DOJ said the besieged institutions had spent more than $3.4 billion (£2.6 billion) to create and access this subsequently stolen scientific information and data.

‘Nearly $3.5 billion of US research – some of which was funded by American taxpayers – was illegally taken and is now in the hands of a hostile foreign nation,’ said Republican Lamar Smith, chair of the House space, science and technology committee.

We are concerned that the government is failing to exercise sufficient due diligence when targeting Asian–Americans for investigation, surveillance and arrest

US Commission on Civil Rights

There appears to be a general consensus among US government officials that China is the worst offender. The DOJ brought charges against three Chinese researchers working at New York University on a project sponsored by the US National Institutes of Health (NIH) in 2013. The agency accused the defendants of colluding with representatives from a Chinese-sponsored research institute, and attempting to steal patented technology and license it to a Chinese medical imaging company.

One of these individuals later pleaded guilty to making false statements in a research grant application, and eventually received five months of house arrest and a $5000 fine. The charges were later dropped against one of the other two defendants, and the third individual apparently went to China prior to being indicted.

More recently, a federal grand jury in Delaware charged an ex-employee of the US chemical company Chemours with conspiring to steal trade secrets in October 2017. Jerry Jindong Xu pleaded guilty in June of trying to sell secrets about Chemours’ sodium cyanide business to Chinese investors. That case came a few years after the arrest of a research assistant at the Medical College of Wisconsin for allegedly stealing three vials of a cancer-fighting compound from a colleague’s desk, and attempting to use the material to apply for Chinese government funding. That researcher, Huajun Zhao, eventually pleaded guilty to illegally downloading research data and was sentenced to time already served plus two years of probation.

The Federal Bureau of Investigation (FBI) has also been warning about China’s One Thousand Talents Program, which seeks out ethnic Chinese science and technology experts at western universities and research institutes and offers them incentives to work in China. The large number of students, researchers and scientists in the US from different countries allows foreign governments to contact and recruit individuals in order to acquire advanced technology without the associated research costs.

The One Thousand Talents Program originally aimed to recruit 2000 foreign professionals over a five- to 10-year period. However, the initiative has brought more than 4000 foreign experts, including non-ethnic Chinese scholars, to China since its launch in December 2008, according to a congressional US–China commission. The programme offers extensive benefits to participating institutions, including a one-time start-up payment of nearly $160,000 for each participant, on top of a regular salary.

Lawmakers and experts testifying on Capitol Hill in recent months have argued that China’s intelligence collection methods include putting sleeper agents at US research universities to steal American scientific breakthroughs. The University of Texas recently rejected funding from the China-United States Exchange Foundation, which is a registered foreign agent and has Chinese government connections.

Many academic research groups and other observers are now questioning why the White House terminated the National Security Higher Education Advisory Board earlier this year. The now-defunct board, which the FBI established in 2005 to foster better lines of communication between America’s intelligence and academic communities, was composed of about 20 presidents and chancellors of preeminent US universities.

Several higher education groups, including the Association of American Universities, have expressed disappointment at the Trump administration’s decision to discontinue the committee. ‘We believe it comes at a time when the very types of discussions the board enabled between the university community and federal security agencies could be especially valuable,’ the organisations stated. They are seeking to meet with FBI leadership to discuss the possibility of developing an alternative forum.

However, there is also concern that the US government is unfairly persecuting Chinese–Americans in its pursuit of espionage prosecutions. Authorities have had to drop some of the highest profile cases after problems became apparent.

The US Commission on Civil Rights (CCR) first raised such red flags back in November 2015, suggesting in a letter to attorney general Loretta Lynch that the US government had unjustly pursued Chinese–American scientists. ‘We are concerned that the government is failing to exercise sufficient due diligence when targeting Asian–Americans for investigation, surveillance and arrest, due to their race or national origin,’ the CCR warned Lynch. The organisation’s letter referenced recent news reports that detailed embarrassing attempts by the US federal government to prosecute Chinese–Americans for spying and economic espionage, only to drop the charges following revelations of serious errors.

Of specific interest are the cases of Sherry Chen, a hydrologist with the US National Weather Service, and Xiaoxing Xi, the former chair of Temple University’s physics department. These two naturalised US citizens were arrested in 2014 and 2015, respectively, for alleged economic espionage, but the cases against them collapsed.

The US government had claimed that Chen downloaded information about US dams and lied about meeting a Chinese official, but all charges were dropped prior to trial in 2015. However, she was fired from her government job in 2016, but appealed the firing and won. The National Weather Service was ordered to restore Chen’s position and provide back pay and benefits. Her employer decided to appeal the decision in June.

For his part, Xi was arrested for supposedly sharing confidential blueprints of lab equipment with researchers in China. However, it soon became clear that the schematics he had shared were not for the scientific equipment in question, making Xi’s case another embarrassing incident and the charges against him were also dropped.