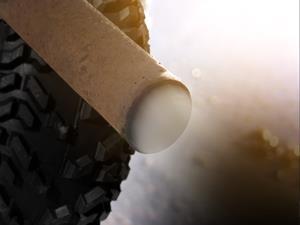 The US Environmental Protection Agency (EPA) finds itself in an unusual position. Two prominent Republican politicians, who have repeatedly accused the EPA of killing jobs through overregulation, are condemning the agency for lax oversight of its ongoing human research studies involving concentrated airborne particles.

Representative Paul Broun, who chairs the investigations and oversight subcommittee of the House of Representatives’ Science Space and Technology Committee, has asked the EPA Inspector General (IG) to investigate a series of EPA studies. Conducted in 2004, they involved exposing humans to fine particulate matter around or smaller than 2.5µm in size, known as PM2.5.

In an 18 October letter to the IG, Broun said the trials in question have involved exposing research subjects to pollutants in concentrations over 20 times higher than the EPA’s daily standard.

The EPA’s 24 hour standard for PM2.5 exposure is 35µg/m3, but that figure is based on an average over a three-year period that excludes the top 2% of exposure days. Broun alleges that 41 people were exposed to PM2.5 levels ranging from 41.54–750.83µg/m3 for up to two hours during the course of the EPA’s research. Documents obtained through the Freedom of Information Act appear to support that assertion.

In the past, Broun has accused the EPA’s Administrator Lisa Jackson of making ‘overblown’ claims about the health value of reducing particulate matter. He has also faulted the agency for exaggerating the number of premature deaths resulting from PM2.5 exposure.

But now Broun has asked the IG to determine whether the EPA acted legally and appropriately to protect research subjects during these studies. He also wants the IG to consider whether the agency’s standing human studies review board and its institutional review board (IRB) functioned properly. For the research in question, IRB responsibilities were handled by a University of North Carolina School of Medicine committee.

Broun’s ally in his campaign is Senator James Inhofe, the top Republican on the Senate Environment and Public Works Committee, who called for hearings on these EPA studies last month. Inhofe, who has fought EPA efforts to tighten controls on ground level ozone, mercury and other air pollutants, called the EPA research ‘illegal’. He said agency researchers failed to inform the IRB and study subjects of its official views concerning the toxicity of PM2.5.

The EPA has previously pointed to scientific evidence that exposure to particulate pollution causes premature death and is linked to cardiovascular and respiratory problems. Although the EPA wants to retain its 24 hour standard, it is proposing to lower its annual fine particle standard from 15µg/m3 to a range of 12–13µg/m3, based on an annual average over three years.

Meanwhile, the American Tradition Institute – a Washington, DC-based conservative environmental thinktank dedicated to free market principles – has sued the EPA over these very experiments. The lawsuit, filed in September, sought to halt the research and any similar studies.

The ATI’s lead attorney, David Schnare, says the studies are unnecessary and outside of the agency’s purview. ‘EPA’s purpose is to do research on the cause of pollution, not the cause of disease,’ he tells Chemistry World. ‘If you want to study disease, go get a job at the National Institutes of Health.’

Schnare suggests that the EPA didn’t need to deliberately expose people to PM2.5, but could have instead conducted studies comparing the health outcomes of people living in different places with varying levels of particulate matter.

But some experts disagree. Dan Greenbaum, president of the Health Effects Institute in Boston, Massachusetts, says the best option to uncover the health impact of pollution is to initiate controlled human exposure studies that carefully deliver specific exposure levels and directly observe the impact. Greenbaum, whose organisation investigates the health effects of air pollution, says it’s misleading to imply that people are in jeopardy if exposed for a short time to levels of PM2.5 that are beyond the EPA’s standards.

He and others explain that exposure levels used in the EPA studies can’t be accurately compared to the agency’s daily standard because their averaging times differ substantially. Typical chamber studies involve brief exposure times. ‘These types of studies have been going on for decades – for carbon monoxide, particulate matter, ozone – and they are done according to very strict ethical standards,’ Greenbaum says.

For its part, the EPA notes that a Virginia district court a has denied ATI’s motion for a temporary restraining order against its ongoing research. ‘This type of study, strongly recommended by the National Academy of Sciences, minimises any risks to the willing and informed participants,’ the agency tells Chemistry World. ‘In fact, participants are exposed in two hours to approximately the same amount of PM2.5 that would be encountered on a smoggy day in a large urban city.’

The EPA says it only studies individuals who are not at risk for experiencing an adverse event during a two hour exposure, and it explains that such research elucidates the biological pathways affected by particulate matter and helps advance the science of air pollution. Further, the agency emphasises that the risk posed by PM2.5 exposure to individuals participating in its research is very different from the risk to a large population that contains individuals whose preexisting health conditions make them more vulnerable.