Bio-based chemicals on the rise in US

Government predicts 10% of chemicals market will be renewable by 2015

The bio-based products and renewable chemical industry in the US is growing and offers significant economic benefits, including job creation in numerous sectors, according to the US Department of Agriculture (USDA).

In a report released on 7 October, the USDA estimates that bio-based chemicals, which are manufactured from renewable resources and are slowly beginning to replace their petroleum-derived counterparts, will constitute over 10% of the chemicals market by 2015. 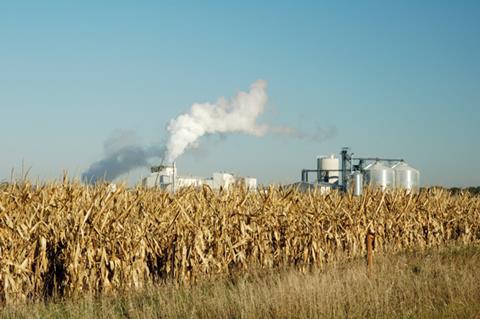 Commercial polymers like polylactic acid and polyhydroxyalkanoates are well established in the market, and growing strongly. The agency suggests that the global worldwide capacities of bio-based plastics will increase to 3.45 million metric tonnes in 2020. ‘The bioeconomy is rapidly growing, creating new economic opportunities and providing well-paying jobs for tens of thousands of Americans,’ said Brent Erickson from the US Biotech Industry Organization (BIO).

Nevertheless, the USDA identifies several challenges to continued expansion of the bioeconomy, including reliable availability of raw materials in the face of increasing impact from climate change and severe weather, water availability, and stability of the markets.

The USDA report will be followed by a more comprehensive economic impact study, as data on the benefit of industrial biotech to the US is poorly documented. ‘There is a whole lot of data about the European situation, but there is a need for that data to be collected in the US,’ says BIO spokesman Paul Winters. ‘There simply hasn’t been the funding behind gathering the data at the federal level,’ he tells Chemistry World.

China is also getting involved. The Canadian industrial biotechnology company BioAmber will soon begin supplying bio-based succinic acid (butanedioic acid) to Xuchuan Chemical, which operates four polyester polyol plants in China and has an annual production capacity of 150,000 tonnes. The five year agreement runs from 2015 to the end of 2019.