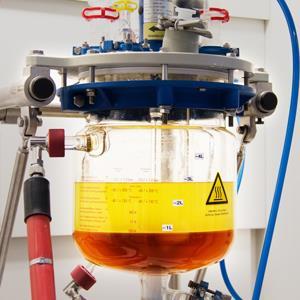 A sustainable method to synthesise platform chemical lactic acid from waste glycerol, a byproduct of biodiesel production, has emerged from research in Switzerland.

Collaboration between the advanced catalysis engineering and the safety and environmental technology groups at the Swiss Federal Institute of Technology (ETH) in Zurich, headed by Javier Pérez-Ramírez and Konrad Hungerbuehler, respectively, gave way to the new cascade process. Glycerol is first oxidised to give dihydroxyacetone through an established enzymatic process. Dihydroxyacetone is then isomerised over a tin-containing zeolite catalyst, which was designed by ETH Zurich team, to give lactic acid.

The increasing demand for biodiesel means an oversupply of glycerol and, currently, any excess glycerol must be disposed of. Glycerol corresponds to around 10wt% of the fuel made. Predictions expect glycerol production from biodiesel to reach about 3.7 million tons in 2020, having seen around 2.5 million tons produced in 2014.

Lactic acid is commonly used to produce commodity chemicals like acrylic acid and pyruvic acid. However, polymerising lactic acid can give a biodegradable plastic called polylactic acid (PLA). PLA has a variety of applications as a packaging material and is anticipated to be a greener replacement for the common synthetic polymer PET.

The new process for synthesising lactic acid confronts the challenges of sustainability and costs faced by its traditional production method, sugar fermentation. Using waste material as a feedstock decreases the process’ energy requirements and carbon dioxide emissions, which in conjunction with the recyclability of the zeolite catalyst, contribute to the economic advantages offered by the new cascade route.

Another benefit is that the cascade process is faster than the fermentation method. ‘The advantage of an inorganic catalyst is that, if designed properly, it can work effectively and can process solutions which are more concentrated and/or of lower purity,’ explains Pérez-Ramírez. 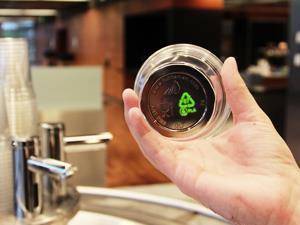 Catalysis scientist, Esben Taarning from Haldor Topsoe in Denmark, comments on the advantageous results this research offers: ‘Selective conversion of bio-based feedstocks to chemicals is often complicated by the high cost associated with fermentation techniques. This work elegantly illustrates the potential there is in combining biological conversion with chemocatalytic conversion in order to lower the overall processing costs.’

Pérez-Ramírez considers the interdisciplinary nature of this research to be central to their progress: ‘When you put together expertise from different fields, like in our case catalyst design and process modelling, you can achieve synergies leading to faster advances and deeper understanding of complex problems.’